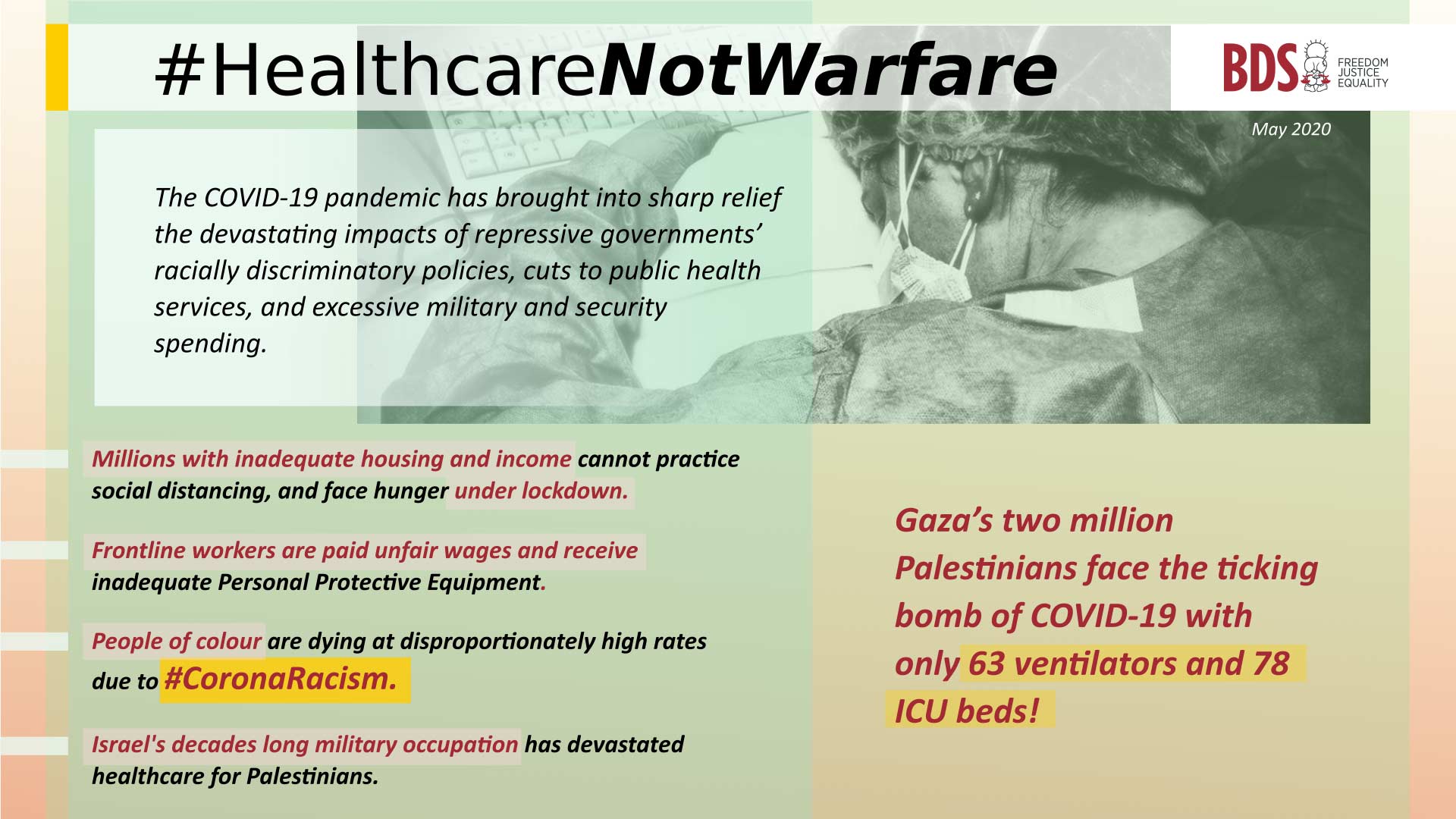 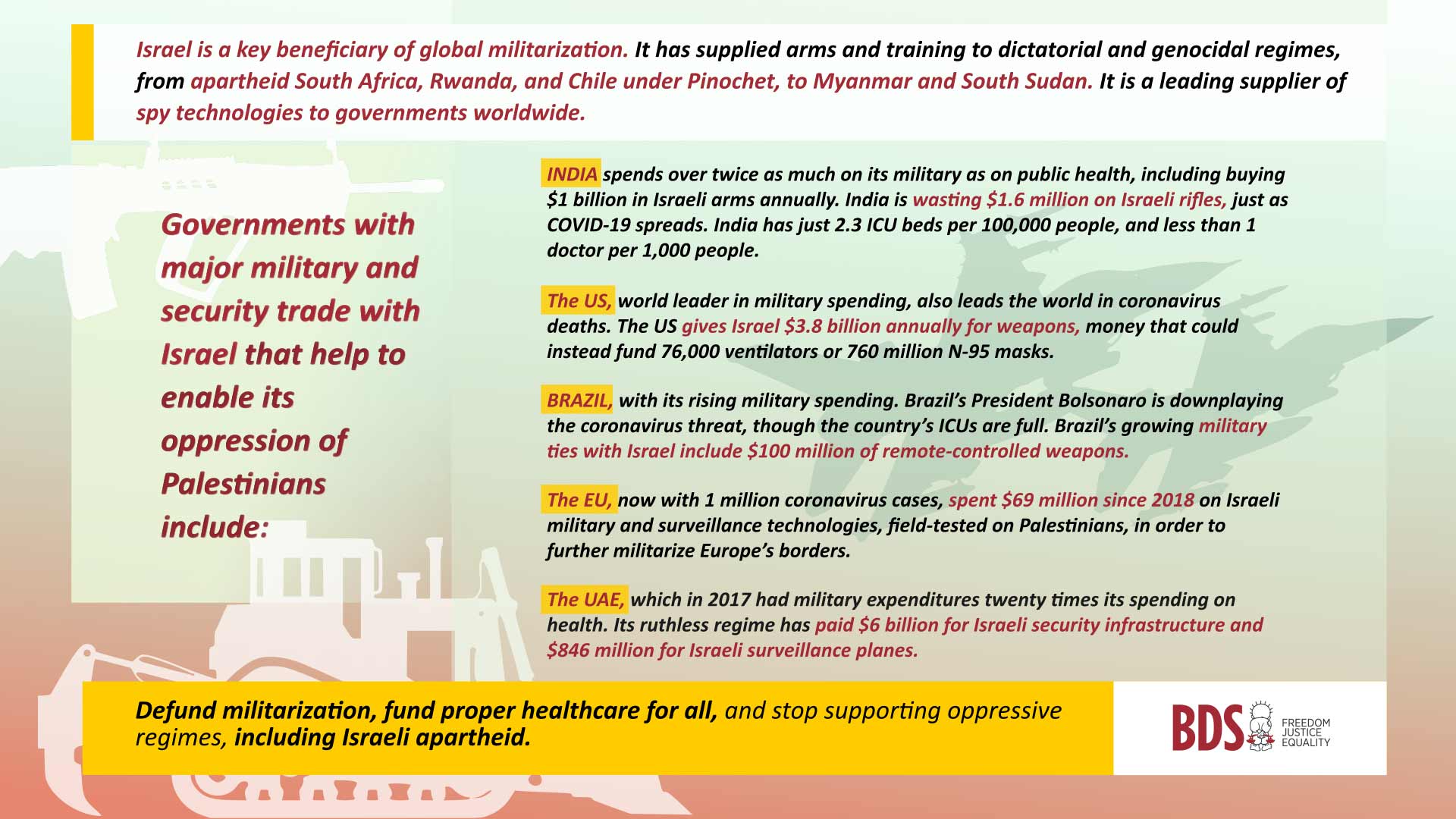 Israel’s decades-long military occupation has devastated healthcare for Palestinians. After 13 years of Israel’s siege, Gaza’s two million Palestinians face the ticking bomb of COVID-19 with only 63 ventilators and 78 ICU beds.

Israel is a key beneficiary of global militarization. It has supplied arms and training to dictatorial and genocidal regimes, from apartheid South Africa, Rwanda, and Chile under Pinochet, to Myanmar and South Sudan. It is a leading supplier of military and spy technologies to governments worldwide.

Governments with major military and security trade with Israel that help to enable its oppression of Palestinians include: