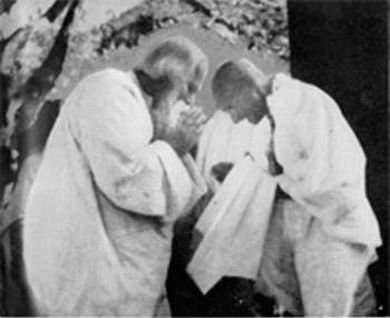 The colossal magnitude of migrant labour seems to have come as a surprise to India. It is only after the lockdown forced them onto the roads that there seems to be a growing and agonising realisation that there are these others who not just built but also ran the cities, and do so without any social security or safety net.

Migrating from their homes in the villages they travel hundreds and thousands of miles in search of work, live in congested and depressing hovels, just to earn a bare minimum subsistence. Forget about fair or living wages they even do not get minimum wages for the work they do. Long hours of work in violation of existing labour laws and the indignity they suffer on a daily basis is part of their daily trials and tribulations.

The sudden lockdown without factoring in the concerns and reality of migrant labour pushed them into a dark abyss, a prison where they were trapped without wages, food, water. And not even the freedom to go home. The bare economic security for which they left their villages for heartless cities was not assured to them by the ruling leaders of India.

Robbed of their paltry income and their shanty dwelling units they were left to fend for themselves. They realised that the towns and cities where they worked and toiled did not have the heart to look after them. In such a situation these urban centres showcasing India’s supposed development had no meaning for them. They desperately wanted to go back to their villages and poor rural settings, and defied police lathis, and further indignities to set out on the long march home.

They displayed stoic courage and walked along roads and railway tracks without food and money and with their children in their arms. In their minds they were left with no choice, and wanted nothing to do with the cities and the urban folk who had deserted them in their hour of need. Many are being felled in the long journey, mowed by trains and cars as they sleep or walk, falling and dying in sheer exhaustion without food, but yet they march on.

I recall the words of Gurudeb Rabindranath Tagore who during the second decade of the twentieth century saw Chinese laboureres loading goods in a ship in Hongkong. The movement of their robust limbs and strong legs moved him to say that there was poetry and rhythm in the heavy work they were doing. He then said that if the whole of China would display that rhythm then what a mighty country it would become.

Our labour and workers remain at the root of the rise and progress of society and country. We can ignore labour at our own peril. Even prior to Tagore, Gandhi gave primacy to labour. Before he started his Satyagraha in South Africa he drafted a petition to safeguard the rights of Indians and he did so by first consulting the labourers. When he was asked as to why was consulting the labourers to draft the petition he famously said that they had as much right to exercise their brains as anybody else.

At a time when workers are being crushed that idea of trusteeship assumes relevant. It is tragic that now ruling leaders of India have failed labour and miserably ditched them by not recognising them as equal human beings , and now the recent decisions to dispense with labour laws..

Taking advantage of the economic imbroglio caused by COVID and serious livelihood consequences suffered by our daily wage force due to an unplanned lockdown, a new architecture for the revival of the economy is being prepared by dispensing with even the minimal security and safety guaranteed to labour through statutes. Changing the labour law to force workers to work for 12 hours with wages for eight hours is like introducing bonded labour system which was abolished by Indira Gandhi during her Prime Ministership.

Labourers are already worst hit by the pandemic and the unplanned and abrupt all India lockdown has destroyed their livelihood. The vulnerability of migrant labour to hunger and poverty in their native places because of the absence of social security for them is well known. In such a tragic situation the amendments to the labour law takes away the security guaranteed to our workers by the Constitution. As well as the benefit of numerous progressive labour laws enacted after centuries of struggle. As a result the labour is being thrown back into the British era of unimaginable exploitation.

It was Dr. B.R.Ambedkar who as a Labour Member in the Viceroy's Executive Council had framed several progressive labour legislations which are being withdrawn now in this COVID ridden world. One fails to understand as to how some of the State Governments are withdrawing progressive labour legislations for a period of three years in violation of many international conventions signed by India to protect the rights of labour.

While the rights of labour are being withdrawn the beautification of the Central Vista in New Delhi is being carried forward with a budget of Rs 20, 000 crores. How is this even deemed justifiable? It speaks volumes of lopsided priorities, and the insensitivity to the pain and suffering of India’s workers.

Cover Photo: When he stopped on a highway in Madhya Pradesh, and used scissors to gnaw through the plaster on his left leg, Bhanwarlal became a national screenshot of the exodus of migrant workers who are walking home to their villages after the abrupt declaration of a total lockdown across India.Bhanwarlal injured his three toes and ankle while working as a daily wage labourer in Madhya Pradesh's Pipariya town. "I have come this far (500km) in a vehicle and am desperate to reach my family and my hometown," he told NDTV.