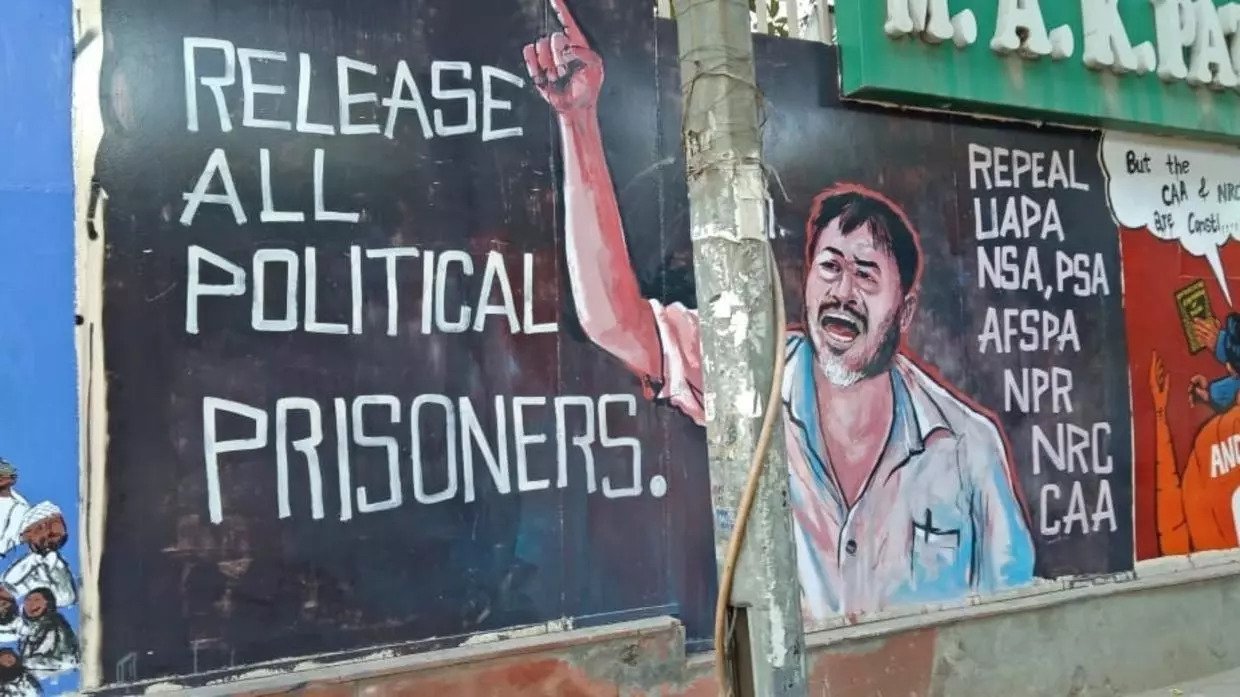 At a time when there can be no mass mobilisations or protests due to the unprecedented challenges our country is facing as a part of the COVID-19 crisis, the government's actions against activists, journalists, intellectuals and Muslims appear to be calculated and insidious. Needlessly pushing people into already crowded jails when physical distancing and personal hygiene are being held as among the most important measures to be taken against the spread of COVID-19 is inhumane. These actions are an indication of not just the government’s contempt for democracy, human dignity and freedom of expression but also its single-minded pursuit of vendetta against its political opponents.

The government has used the police for vindictive  action against people critical of the ideology espoused by the Bharatiya Janata Party and the Rashtriya Swayamsevak Sangh, while the nation is under lockdown with the police deployed to ensure compliance with rules aimed at protecting people from COVID-19. This is unacceptable in a democracy. These people have never posed a threat to law and order and have always carried out their political activities in full public view. The coronavirus crisis has provided the BJP government with a convenient cover to carry out its political agenda.

When Siddharth Varadarajan, Founding Editor of The Wire, questioned the Uttar Pradesh Chief Minister’s initial approval to a large religious fair that was to take place in Ayodhya on Ram Navami,  the police travelled all the way from Ayodhya to Delhi by road to serve a notice to him for misquoting the CM in a tweet. Varadarajan had mistakenly attributed a quote by Acharya Paramhans to Adityanath, something he clarified and apologised for soon after. He was asked to appear at a police station in Ayodhya on 14 April during the lockdown. It is unthinkable that when officers should have been focussing on protecting people from the COVID-19 threat their vindictive minds were working to take revenge on Varadarajan merely to please Yogi Adityanath.

In Assam, Akhil Gogoi, a peasant leader who led protests against the Citizenship (Amendment) Act (CAA) in December 2019, was  in jail first in Guwahati, then in Sivasagar and Dibrugarh — all in different cases against him. As he gets bail in one case, the police are ready outside the jail to arrest him in another case — the last arrest having been made during the lockdown period. This is the strategy the BJP government is following to ensure he remains behind bars.

On 14 April, the UP Advisory Board confirmed the invocation of the National Security Act (NSA) by the Aligarh police against Dr Kafeel Khan who was booked for making “hate speech” while addressing students of the Aligarh Muslim University during protests against the CAA and the National Register of Citizens (NRC). As he had obtained bail earlier on 10 February, the NSA was clearly invoked with the intent of extending his stay in jail. A paediatrician at the Baba Raghav Das Medical College in Gorakhpur, not far from the religious Math presided over by Adityanath, Dr Kafeel Khan was suspended in 2017 when an abnormally large number of children died in the encephalitis ward. A subsequent enquiry found that not only was he not responsible for the deaths, but he had in fact tried to save lives by arranging for oxygen cylinders in his personal capacity despite being on leave at the time of the incident.

The Supreme Court, in fact, facilitated the arrest of  Teltumbde and Navlakha by denying them bail.  That we have laws which allow the government to arrest people and take its own time to even frame charges is itself a problem.  The judiciary is now so subservient to the ruling dispensation that it grants the government extension for framing charges even when the charges themselves are without evidence.  Why is so much time needed for gathering evidence if the charges are true?

Several prominent Muslim activists, who were at the forefront of the anti- CAA-NRC citizens’ protests, such as Gulfisha, Khalid Saifi, Ishrat Jahan, Safoora Zargar, Meeran Haider and Umar Khalid have been arrested in the last few weeks — some of them under the draconian UAPA. Further, it has been reported that over 800 ordinary Muslim residents have been picked up by the police in connection with the anti-Muslim violence which took place in North-East Delhi in late February.

In the Bhima Koregaon case, dalits were the target of the violence which occurred on 1 January 2018 but no action was taken against the prime accused and subscribers of Hindutva ideology, Sambhaji Bhide and Milind Ekbote. Instead, prominent dalit intellectual Anand Teltumbde and many activists who are supporters of dalit rights are in jail. Similarly, in Delhi, no action was taken against the BJP leaders Kapil Mishra, Anurag Thakur and Parvesh Varma who incited the violence which essentially targeted Muslims. It was mostly Muslims who were accused and arrested, which offered an opportunity to round up leaders of the anti-CAA-NRC protests as well.Turning victims to accused is emerging as a standard mode of operation of the police under BJP rule.

The government must end this vindictive campaign and instead focus its energy and resources on the fight against COVID-19.  All arrested political dissenters must be released. Further, all prisoners serving short-term sentences for non-serious crimes should be released so that prison conditions may be improved and prisoners and prison staff protected from the contagion. The investigation of Delhi’s anti-Muslim violence should be carried out transparently and without a political agenda.

Surabhi Agarwal and Sandeep Pandey are associated with Socialist Party (India) and Shreekumar is a farmer and activist based in Karnataka.
Disclaimer: The views expressed in this article are the writer's own, and do not necessarily represent the views of the Indian Writers' Forum.