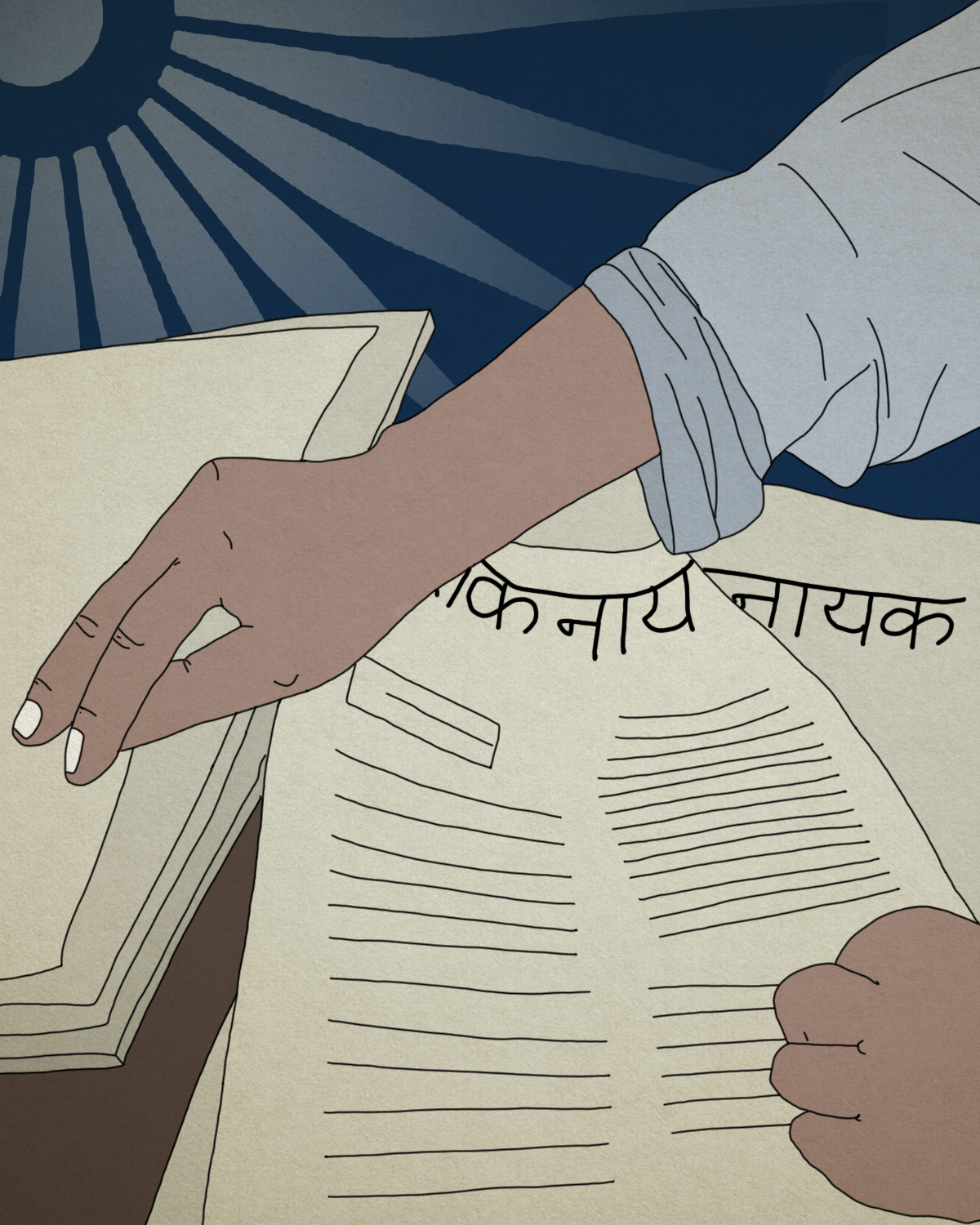 Text—a clue to my memory and history

Literature is a must for revolution. And if the revolution seeks to resurrect the “human personality” then literature is essential. The primary function of caste is to destroy the sense of humility; to make men so incapable of thinking beyond their caste that even violence against a person from another caste does not provoke them to take action to stop it. In fact, caste society, backed by mythological stories, its existence justified by Vedic-brahmanic religious texts, is akin to a crafty and violent PUBG game in which each character’s role has been pre-decided and breaking of whose rules culminates in a punishment that is violent, sadistic, unnatural and dehumanising.

Brahmins are the creators and protectors of this ancient PUBG game called the caste system. After having played this unnatural, irrational and illogical game for centuries, the role assigned to each character has developed an abnormal social psychology. Coming out of this abnormality in such an ill-formed society, and to accept “common sense”, is no less than a revolution.

In 1956, Ambedkar embraced Buddhism in Nagpur, and half a million Mahars followed him too. Theirs was a declaration of war against irrationality and the abnormality of the caste system; the PUBG created by the brahmins. Six-and-a-half decades later, they are still fighting what is perhaps the longest non-violent battle in human history. Their battle has been made possible by the literature they have been producing ever since this war began.

Making a gun or another weapon to fight a battle is evidently easy, but producing literature for it is a time-consuming, painstaking and emotionally rigorous act, especially when the oppressors have told the writers no history of their ancestors. Writers of such revolutions are entirely dependent on memory or the oral history of their community. Memory dies if it is not passed on to the next generation. Oral history is lost when it is not communicated to the generations that follow. In both circumstances, historical identity is lost. And it is this historical identity that dalits require, to own and to continue their resistance against a society that enslaved them for centuries. Even for me, this is only possible when the memory and history of my ancestors is converted into text.

Memory—the abode of my history

What is memory? Its textual definition says that it is a faculty of the mind that restores information. But how come some communities, or at least some people, have memories of their great-great-great-great grandparents and some of us do not even know the names of our father or mother or of our grandparents, nor have any other information about them? How come the few who have these memories of their past are proud of it, while most of us do not have it at all? In India, the function of memory has very different connotations when we speak about dalits (the ex-untouchable communities).

I think it was some fifteen years back that my grandfather died. I do not remember the exact date or year. And on 3 May, my grandmother died. She was about 95 years old. But her voter identity card, though it does not mention the exact date or year of her birth, says that she was 61 years old in 1991. Now that both my grandparents are gone I simply cannot recall them because, as I mentioned earlier, there was no memory passed from them to me, nor was an oral history of anything communicated to me by them. This was not their fault. The hardships of life and circumstances are to blame.

Excluding a few cases, this is the situation with most of us dalits. We simply do not have a bridge of communication that can lead us to the history of our families. Interestingly, in the absence of such family-community histories, sooner or later, we are enslaved, or found governed by those dominant (also oppressive) ideologies of state and society that are powerful. This is a realisation which is yet to come to most communities (castes) in India. But it had come, as early as in 1927, to the mahars (Buddhists since 1956) in Maharashtra and thus was laid the foundational brick for dalit literature.

Also read | Ambedkar: A Spartan Warrior who Made Knowledge and Justice his Weapon

In the beginning, they had nothing but a fractured oral history. In the brahmanical religious scriptures, the mahars were mentioned as despicable. But in their memory, and in their oral history, they were fighters; intelligent and cultured people. As Babasaheb Ambedkar argued, the mahars had been Buddhists for centuries. Soon, the stories, poems and songs produced by them attested to their claims on their oral history, and thus began the arrival of the mahar community into textual memory.

This arrival was fresh and political. It had an objective: to deny the brahmanical version of history and memory and to convert oral history into textual form so that it would prevail for generations to come. Today, both my grandparents are gone. I can only make some sense of longing for them because of the literature written by a few among us.

Death—the inability to be in text

Non-dalits may find it unbelievable, but death for dalits is metaphorical. An “untouchable” never existed as a person worthy of respect from society or recognised as a mind. He was simply invisible, except when his labour was extracted, exploited and used for free. Thus it was not very difficult for dalits from a few generations ago to understand how it feels to remain invisible. This reality has not ceased to exist even today, although its forms vary. Not existing for others, not being recognised by others, is a condition of simply not being extant. It is in this sense that death is metaphorical for dalits. Yet, this is not a normal reality. It is an abnormal condition, an ecology, to use a broad term, that has been constructed by brahmins and all other castes who follow them.

This abnormality, too, was first understood by dalits in Maharashtra and dealt with by establishing a body of dalit literature. Those who simply did not exist in the eyes of caste Hindus and brahmins in society have arrived at the centre-stage of stories, histories and memories via dalit literature. Gradually, and surprisingly, their arrival in textual form is being recognised by the world and this community has been reborn in the imagination, both literary and historical, of the world. Text—as history and memory—being the most effective tool to keep our sense for resistance against enslavement of any kind alive, proved to be a resurrection from social death for mahars (Buddhists) and a few other dalit castes in Maharashtra.

Then, suffice to say that as long as the caste system will prevail, physical death for dalits will always remain metaphorical. Their actual death lies in an inability to be in text, or transform into a text as a story, memory and history. But before death, there is life. And here, dalit literature today proclaims their passionate existence, and passion for life.

Yogesh Maitreya is a poet, translator and founder of Panther’s Paw Publication, an anti-caste publishing house. He is pursuing a PhD at the Tata Institute of Social Sciences, Mumbai. He can be followed on Instagram @yogeshmaitreya
Disclaimer: The views expressed in this article are the writer's own, and do not necessarily represent the views of the Indian Writers' Forum.