Speaking Up
Why Every Quack Loves a Good Pandemic
May 7, 2020 Narendra Nayak 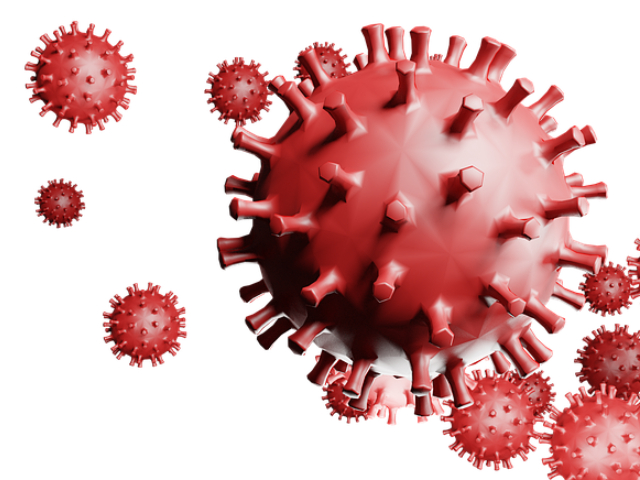 Just like everybody loves a good draught, every quack loves a good pandemic. More so if the pandemic is of viral origin and there is no treatment protocol for it. The zoonotic viruses of recent origin get the quacks drooling as they run to their cauldrons and reach for their vials of sugar pills. The last such opportunity with international opportunities, was the Swine Flu pandemic of 2009. Then too, all sorts of quacks had crawled out of the woodwork to offer concoctions for its prevention and cure. Of course their treatments were pretty effective because the mortality rate for Swine Flu matched that of normal seasonal flu.

We had campaigned at the time, to mock the quacks and to caution people against their trickery. Once a scientific line of treatment had been devised, and vaccines against it were developed, the Swine Flu pandemic had died down by herd immunity and everything was forgotten.

Then came a Chikungunya epidemic in parts of Karnataka. Since there is only symptomatic treatment for the disease, quacks had a field day again, bringing out their sugar pills, their evil-tasting foul-smelling concoctions and spicy herbal teas. In fact it is the sugar pill vendors who had occupied centre-stage during this outbreak. This prophylactic had a long line of takers—so long that many had to return day after day because the stocks would be exhausted.

With the onset of winter, the Aedes Aegypti mosquito, the vector of chikungunya, died, and the disease finished its course. A few months later I visited the areas where many people had contracted Chikungunya. Though it is not a life-threatening disease, it causes a lot of disability and suffering to the infected. One person told me that in his village those who had taken the prophylactic homeopathic sugar pills had contracted the disease more than those who had not. He wanted to know why.

I was flabbergasted, for we know that the sugar pills and so-called “mother” tinctures are all junk, but it would be extraordinary—if not miraculous—if a vector-transmitted disease had been passed on through the oral route. I thought this worthy of investigation and soon found out that those who had taken the so-called prophylactic sugar pill doses had neglected taking the usual precautions against the disease. Confident that their pills would protect them, they had not been on guard against mosquito bites. Those who had not taken the sugar pills had not been careless. So here was a very important lesson about quackery: it can be dangerous, even more so in the case of a life-threatening disease like Covid-19.

On Covid-19, the first to spring up were the astrologers. One young fellow who calls himself an “Ayurvedic microbiologist” made several predictions—most of them vague, but one allegedly specific—that a disease would strike in November 2019 which would affect mankind badly and which will be over in May 2020. The first vague “prediction” can simply be the seasonal flu. The second prophecy, of its ending in May, is nowhere in sight.

Anyway, a minor can be excused for wild flights of the imagination, but a sundry lot of his ilk still went into raptures about the one-day lockdown announced on 22 March, saying that the appropriate “auspicious” timing—of heat and cold followed by the banging of pots and pans—would deafen the virus and make it come tumbling out of everyone’s bodies, and rid the country of the scourge. Then came the longer shutdown, followed by more shenanigans on 4 April, of shutting down all lights for nine minutes and lighting lamps. The astrologers described the timings as the best, because under cover of darkness the virus would be attracted by light to emerge out of bodies and commit hara-kiri. Of course, none of these worked because of the sabotage by Nehru, Gandhi and probably the Mughals, Akbar and Babar in particular.

Leaving aside all these things, one has to look at the strategy of the top man. While his underlings utter nonsense which is lapped up by WhatsApp University and Facebook College, he talks (what appears to be) sense. He exhorts people to follow medical advise and gives rationales for rituals such as banging pots and pans or lighting candle, saying that they are meant to appreciate the services of doctors and nurses and so on. The same logic was applied to the most recent ceremony of showering petals on those who are still suffering from lack of PPEs, even gloves and masks. He also comes down on quackery.

Does he? Well, when he turns a pandemic into theatrics, the vendors of sugar pills, grandma’s hot soup remedies, gooseberry preserves and innumerable other quackeries come out on the prowl to market their pills, pastes and brews. While the Ministry of AYUSH issues notices that nothing should be claimed as a treatment for Covid-19, its constituent entities prove that they are more clever. Evidence-based medicine is yet to work out a protocol based on scientific studies, but the proponents of quackery have no qualms to give up. They can always claim that their products “boost immunity” or improve the body’s ability to resist the disease and strengthen its defence mechanisms.

The sugar-pill quacks are having their moment in the sun. Universally they have prescribed Arsencicum Album, of 30C potency, as prophylaxis for Covid-19. While this level of potency would ensure that not a single molecule of the allegedly active ingredient would be present in a given dilution (1X10 to the power of 30), their claims have been accepted by the government authorities, including highly-placed institutions such as the Nuclear Power Corporation of India and the government of Kerala—which has otherwise done a good job of containing the virus but has distributed strips of these sugar pills all over the place.

When the sugar pill dispensers have put in their might, can the vendors of roots, plants and spices be far behind? Ayurveda has stepped in with its own versions of grandma’s soup. They advise you to:

1. Drink warm water throughout the day.

2. Practice yogasana, pranayama and meditation for three minutes a day.

3. Consume spices such as zeera (cumin), coriander, turmeric and garlic.

Unani and Siddha have also contributed: the Tamil Nadu government has especially advised government servants to consume Zinc, Vitamin C (neither is a proven prophylactic or treatment) along with the Siddha herbal powders, nilavembu kudineer and kabasura kudineer.

The funniest part is that the very same ministry of AYUSH has warned against any advertising any claims about treatments for Covid-19. But it looks like this bar is not applicable to one of their own. The vendors are also very clever, in the sense that they create the impression that their concoctions are a cure, but in their advertisements they are cleverly disguised as immunity-boosters etc.

When its open season, can our godmen be far behind? Jagadish Vasudev, who calls himself Sadhguru, has devised a protocol for—of all people—the doctors who are treating Covid-19 patients. The contortionist who sells all unproven concoctions in the name of rog-mukt dava-mukt Bharat or disease-free, medicine-free India by 2020, has contributed his share to the drivel. (The VHP had gaumutra parties.)

And can Hindutva be far behind? When others talked up unproven concoctions, Donald Trump’s bonnet was possessed by the bee called Hydroxychloroquine (HCQ). The moment that happened, he ordered his close friend to send on the stuff, and the swadeshi gang came up with its own share of nonsense. They said HCQ was discovered by an Indian, PC Roy, never mind that he passed away in 1944 and the drug was first synthesised in 1948. While the gang assumed that he was an upper caste sanatani, they forgot that he was a Brahmo Samajist, and rationalist to boot, who totally opposed the caste system. When we pointed this out the issue was quietly brushed under the carpet.

Is the picture complete? Not at all. More is sure to follow given the enormity of what lies ahead. With no signs of a vaccine, no treatment protocol so far and our scant regard for physical distancing, tough days loom. The consolation is that mortality rates among the young are very low and in 80% of the population the disease passes off without any problems or even symptoms. The remaining 15% show mild symptoms, and so it is only the 5% that we have to worry about. But these 5% are around 65 million (6.5 crore) people.

As for the claims about prophylactics being found or concoctions and contortions amounting to cures, the quacks can rest assured—their prescriptions will work well on 80% of the population, reasonably well on 15% and fail on the 5%, who can always be blamed for some dietary or other indiscretion. That is why quacks love a good pandemic.

Narendra Nayak is president, Federation of Indian Rationalist Associations.
Disclaimer: The views expressed in this article are the writer's own, and do not necessarily represent the views of the Indian Writers' Forum.