Slam the brakes on rampant Islamophobia 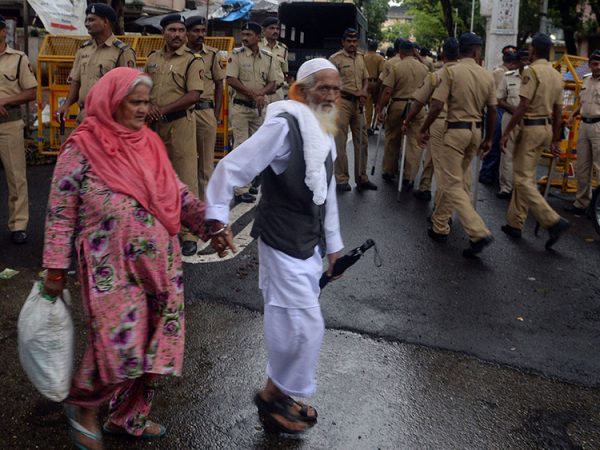 The word Islamophobia came into vogue in 2001, after the 9/11 attack on the twin towers and other sites in the United States. In the aftermath of these attacks, the American media popularised the word “Islamic terrorism” and for the first time in global history a religion was associated with the political act of terrorism.

In India, hate against minorities was already prevalent when 9/11 took place, but the arguments until then had been different. This hate was a by-product of communal politics, which smouldered during the freedom movement, as a reaction to Indian nationalism. Hindu communal politics propagated Islam as a religion associated with violence. It was proclaimed that Islam spreads through force, that its adherents indulge in violence, and that Muslim kings destroyed Hindu temples, and encourage polygamy, have larger families, are more aggressive, eat beef to hurt Hindu sentiments, and so on. All this was already a part of “social common sense” here.

The events in India of the last few months, beginning with the abolition of Article 370, bringing in the Citizenship Amendment Act, 2019, and the spectacular democratic protests at Shaheen Bagh and other sites inspired by it across India, created a situation where mechanisms to spread hate against them became more aggressive. To cap it all came the Covid-19 pandemic. Then, after the Tablighi Jamaat incident, the blame of spreading Covid-19 was falsely put on Muslims as a whole. This finger-pointing became a part of the popular thinking, making the life of the Muslim communities in India generally quite difficult, even unbearable. Even the lynching of sadhus near Palghar by some villagers was initially presented as the act of the hated community, against all logic and substantive evidence.

Normally the international community articulates an occasional protest and criticism against such gross inhumanity and violation of human rights of minorities. This time the levels of demonisation of Muslims was so intense that many international platforms and voices that matter expressed their unhappiness over the painting of Muslims as the villains in India. The Independent Permanent Human Rights Commission (IPHRC) set up by the Organisation of Islamic Cooperation has called for steps to protect Muslims in India.

In addition, a drama unfolded in the UAE, where lakhs of Indians, many of them Hindu, live. Some of these Hindus have become communal to the core and they also proudly display their photographs with Prime Minister Narendra Modi, whom they seem to consider a leader only representing the interests of the Hindus. A few of them tweeted on the Tablighi Jamaat, using virulent slurs with gay abandon. Others claimed that it is the Indians who have contributed to the growth of Gulf countries.

Some prominent members of the royal family in the UAE took up the cudgel to counter these hate speeches. A princess, Hend Al Qassimi, tweeted, upholding Gandhi, that the ruling family is friends with India, but “… your rudeness is not welcome. … You make your bread and butter from this land which you scorn and your ridicule will not go unnoticed.” She then quoted UAE laws prohibiting hate speech by citizens and non-citizens alike. This royal intervention has opened the floodgates to comments from others.

She further made an important point “Don’t these successful so-called powerful millionaires know that hate speech is the prelude to genocide? Nazism wasn’t born in a day. It was allowed to grow like a weed that went wild because people chose to look the other side and it thrived on that specific weakness called silence. Hate is being preached openly in India against Muslims, in a nation of 182 million Muslims.”

Modi, who has typically responding belatedly to such incidents in the past, woke up with these goings-on. Not only are large numbers of Indians gainfully employed in these countries, they are also repatriating millions of rupees back home. India is the third major country with trade with West Asian nations. Modi tweeted, “COVID-19 does not see race, religion, colour, caste, creed, language or border before striking. Our response and conduct thereafter should attach primacy to unity and brotherhood. We are in this together.“ Of course, the Prime Minister knows who are spreading this hate, in the media, social media or through word-of-mouth channels, but there is no reprimand against them in his tweet.

On similar lines, the sarsanghchalak  (top leader) of the RSS, Mohan Bhagwat, also said that a whole community should not be targeted for the actions of few. Both these top Hindu nationalist leaders fortunately woke up after the reprimands Indians were getting internationally—particularly the reaction from UAE—Gulf countries have already started terminating the jobs of some Indians for spreading hate.

Many commentators are hoping that the statements of Modi and Bhagwat can put the brakes on the ongoing hate speeches and acts against the hapless minority. But things are not so simple. Today’s atmosphere has been built up over close to a century of “work”, done by communal forces. The molecular permeation of these hateful interpretations of history, and the representation of Islam and Muslims by American-influenced media after 9/11 are the twin pillars of his edifice of hate, which has dug fairly deep into the social thinking in India.

Covid-19 has demonstrated how deep the roots of communal thought process are. This was possible only because of the decades-long divisive propaganda against the concept of fraternity, which is the foundation of Indian nationalism. The protests from the UAE, which incidentally gave the highest civilian honour to Modi in 2019, may bring a short hiatus to the process here, but the real struggle is inside the country, where the social perceptions of Indian nationalism—articulated by Gandhi and Nehru in particular—are to be made to reach all Indians through innovative and rational mechanisms.