Speaking Up
Private health ‘industry’: A hurdle to the fight against COVID-19?
May 5, 2020 Bobby Ramakant, Shobha Shukla, Sandeep Pandey 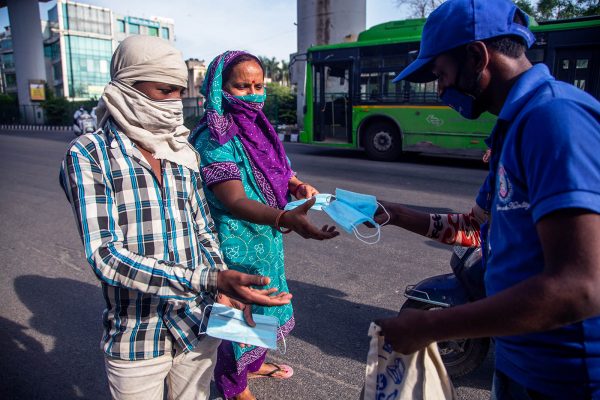 Along with measures to cut the chain of transmission of the coronavirus, such as lockdowns, social distancing, and masks, it is indeed important to find those who are positive for coronavirus (COVID-19), isolate them and provide them with the best possible medical care. However, in India, it appears as though the government lacks the capacity to scale up testing across the country, and is also facing a shortage of hospital beds to provide medical care to all those who have been tested positive. In India, there is a law – The Epidemics Act 1897 – which gives the government (even state governments) constitutional authority to bring all private health institutions under government control. What better way for the government to scale up testing and hospital capacity in the country than take these institutions under control, or perhaps try to negotiate a price with the private sector?

The pandemic still is a public health emergency and is cascading into several humanitarian crises of different intensities and levels across the nation. Given the urgency of the matter and the need to be able to contain COVID-19 at the earliest, some state governments have already brought the private sector under government control. However, if all of it was brought under government control nationwide, then it could have strengthened our fight against COVID-19 on a range of levels – companies competent enough to procure or manufacture antibody rapid and/or Reverse Transcriptase Polymerase Chain Reaction (RT-PCR) tests, fully equipped laboratories to do the testing, hospitals and staff to take care of those in need of medical attention due to COVID-19 (and other non-COVID-19 health needs, which are no less life-threatening).

In such a crisis situation, shouldn't the government have brought the private health industry under its control, so that from diagnostics to medical care, everything is free of cost in a country where a lot of its citizens are already reeling under intensifying economic hardship? The prohibitive cost of medical care is a barrier blocking all those who need life-saving care, and is even pushing people deeper into poverty.

India has been dealing with health crises long before the advent of the coronavirus too. Pneumonia is the biggest killer of children under five years, malnutrition affects our children the most in the world, tuberculosis (TB), world’s biggest killer infectious disease, is most prevalent in India, non-communicable diseases – heart disease and stroke, diabetes, cancers, chronic respiratory diseases – form some of the greatest burdens for our population. More humbling is the reality that most of these diseases are preventable; premature deaths could have been averted – if preventive healthcare and all necessary activities to promote public health were put in place.

If the intention was to encourage those with symptoms to get diagnosed and benefit from the best possible care, then the government should have first removed the exorbitant cost barrier by making all infrastructure, supplies and human resources collectively contribute to the crisis.

Countries like Spain have recently nationalised their health services, whereas about 30 countries, including Canada, the United Kingdom, Brazil, South Africa, Cuba and Sri Lanka have had a government-funded healthcare system for a long time. While most countries of the world are overwhelmed by the pandemic, a small country like Cuba has sent its doctors to around 19 countries, including to one of the worst affected in the world, Italy, to aid their fight, and allowed a British ship with five people confirmed coronavirus positive near its shore, when all other countries refused to do so. One can easily imagine the immense strength of the public healthcare system there.

There was a recent controversy regarding the government’s attempt to procure over five lakh rapid test kits. A company called Matrix imported rapid test kits at Rs. 245 per kit price (total cost of 5 lakh kits is Rs. 12 crores 25 lakhs), another company called Rare Metabolics bought these kits from Matrix for Rs 7.75 crores more (so total cost went up to Rs. 21 crores), and Rare Metabolics gave these kits to the Indian government at a price of Rs. 600 per kit (Rs. 30 crores in total). However, the government of India’s press release, issued on April 27, said that not a single rupee has been paid to any company as the entire order stands cancelled.

The Indian Council of Medical Research (ICMR) was directly involved in the aforementioned procurement of rapid test kits. It tweeted, on April 27, that the “price range approved by ICMR is Rs. 740-1150 for RT-PCR and Rs. 528-795 for Rapid Test”. It is inexplicable why, when the ICMR rejected the test kits on the basis of unsatisfactory performance, the Delhi High Court put a price cap of Rs. 400 on these kits? Shouldn’t citizens question the government, then, on what basis it allowed the private sector to charge a maximum price of Rs 4500 per test – when the entire test kit costs much less as told by ICMR in its tweet? When everybody is being expected to make sacrifices, government employees have had to give up a day’s salary, Member of Parliaments have agreed to a 30% cut in their salaries, the MP Local Area Development fund is being suspended for two years, and medical staff are risking their lives in service of the nation, why is the private sector being given a free hand to milk profits, especially at a time when the country is reeling under such a severe crisis? Why is a government-to-government arrangement not being made to procure COVID-19 testing kits like in the case of Rafale Deal? Is the threat of the coronavirus any less serious than matters of national security?

Richard Horton, Editor-in-Chief of The Lancet, wrote in March 2018, that “politics is the ultimate determinant of health”. On 24 April this year, Horton wrote again, “The idea you can strip out politics from medicine or health is historically ignorant”. Nationalising health services is among the most important corrective political actions that governments can take in the wake of this pandemic. However, health security for everyone can only come when we address inequalities and injustices in every other sector. That is why ending privatisation and protecting public health, public water, public education, public transport, and other public services, along with social security for everyone, are among the most important human needs today.