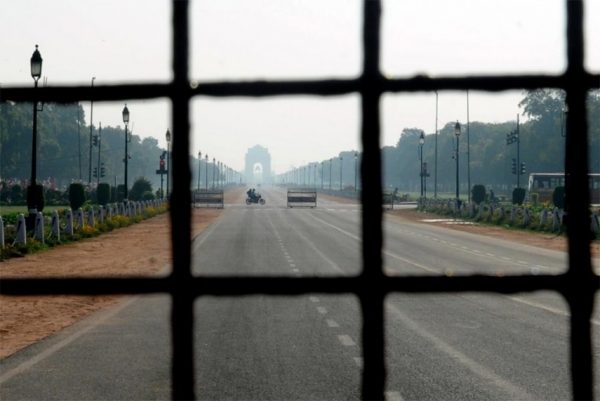 The country waits with bated breath for May 3 — the day the extended lockdown is supposed to end. The COVID-19 pandemic, and the subsequent nation-wide lockdown imposed to prevent the spread of the virus, have brought in its wake economic upheaval and financial predicaments. For one of the most marginalised communities, that already lives on the brink of invisibility, the lockdown has meant a complete loss of income and a struggle for daily survival.

“Our sex workers — our community full of mothers — is not seen, they are not visible,” Sara (name changed) told The Citizen. Sara’s mother is engaged in commercial sex work in Kamathipura, Mumbai — one of the oldest red light areas in India. Sara explained that she was brought up in a chawl, surrounded by sex workers and transgender persons who are all mother-figures to her.

“We might think of beggars, we might think of daily wage workers. And I’m really happy that they at least crossed our mind,” she said. However, there are very few who spare a thought for the community of sex workers, who earn on an hourly basis and have been drastically impacted by the lockdown, she said.

Though social, rather physical distancing is considered a necessary component of precautionary measures against the spread of COVID-19, Sara was adamant in stating, “Social distancing can’t be possible in Kamathipura.”

“Imagine living in spaces of 200 square feet, with 20 people,” she stated. “I grew up in a red light area, my mother is a sex worker. And we had this khat (bed), it was kept a little higher on the old battery so it had some space below it too. One family would stay on top, one family would stay under the bed. So one house contains six to seven beds, it contains more than eight families. This is the situation in which we grew up. This is still the situation there where our mothers live,” Sara told The Citizen.

“So we can’t say that they have to maintain social distancing. Where will they go? Now we are out of that community, now we are in Kranti. But when we go back home, if we are spending one night with our mothers, we still stay there… we still stay under the bed or above the bed,” she said.

Bani Das, co-founder of Kranti, an organisation that works with the children of sex workers from Kamathipura, stated that the community has no access to basic necessities such as food, sanitizers and soap. “The job that a sex worker does—the entire world knows—only when a customer comes is there any income. Otherwise, there is nothing. That has completely stopped,” she told The Citizen.

On March 26, the government announced an allocation of Rs. 1.70 lakh crore under the Pradhan Mantri Garib Kalyan Yojana to help the poor “fight the battle against Corona Virus”. As per the announcement, women account-holders under the Pradhan Mantri Jan Dhan Yojana (PMJDY) would receive cash transfers of Rs. 500 per month for next three months. However, Das stated that most sex workers do not have a bank account or Jan Dhan account.

“They have no documents, no bank accounts, no savings. Also, where they stay, everyday they have to pay money to continue living there. The family stays there and they cook there too. So they aren't being able to pay the money because there is no work right now. Since they don’t have any savings, they aren’t able to get groceries, masks, hand sanitizers, sanitary napkins, nothing,” Das said.

“We hear of big funds happening but we don't know where it is going,” Sara stated. “And I am curious, as a daughter of a sex worker. I feel she is a human being with basic human rights. I need to know where this money is going, because our mothers are not getting anything except what Kranti is giving,” she told The Citizen.

Access to healthcare, already made difficult for sex workers due to the stigmatisation surrounding their work, has become nearly impossible under the conditions of the lockdown. According to Das, many sex workers who are diagnosed with HIV/AIDS have been unable to get medicines for their treatment.

Most of the women visit JJ Hospital and Nair Hospital for their treatment, she said. Antiretroviral therapy (ART) for HIV/AIDS patients requires following a strict timetable. A missed dosage might result in a fall in blood levels, Das explained. The women are given medicines for a period of 15 days. However, due to the lockdown, those requiring treatment have run out of medicines and are unable to procure them.

“They are not able to go to the hospital either because no taxis are plying. If they have minor ailments, then they visit the small clinics in their area for treatment. However, all these clinics are shut too. So they aren’t able to get the most basic treatment either. And they don’t have the money to go to the big hospitals. They are suffering a lot,” Das said.

Sara told The Citizen that “one of the mothers” who is HIV positive with a history of Tuberculosis, was recently vomiting blood. However, her visit to the hospital for treatment proved futile. “Of course people are afraid of COVID, I understand. But it would be sad because if she doesn’t have COVID and she dies from something else because you didn’t give her medicines or the facilities required at the time… What if it was something really serious and she needed a serious treatment that time?”

“I completely understand the pandemic going on, I completely understand that it is not easy for anybody over here,” Sara said. “But the thing is, you are making it much harder for people who are not getting anything already. She explained that with the popular view that deems the community of sex workers as a “disgrace to society”, medical attention is hard to come by. Treatment of HIV/AIDS as a “contagious disease” by doctors, along with the judgment that comes with recognising someone as a sex worker—due to what Sara calls an “accent” or “certain way of talking”—makes accessing healthcare a challenge.

Das stated that no help has been received by the government. Instead, upon her visit to Kamathipura, she noticed locals from the area distributing cooked food. However, with more than 2000 sex workers living and working in the area, it is close to impossible to provide for them all.

“Yesterday I went there, and I was told that food arrives once in 3 days. Whatever resources I have, I go and distribute there,” she said, explaining that the organisation runs on donations. “So based on whatever we have saved from donations, we go there and give them whatever we can,” she stated.

Das has distributed around 250 relief packages meant to last a family for ten days—containing shampoo, soap, washing powder, uncooked food such as rice, flour and pulses—along with cooked food to the community. However, she worries that it is not even close to enough. With few resources, Das stated that the organisation has no means of reaching and providing for the 2000 women whose daily income has been reduced to nothing due to the lockdown.

“I talk to them on a daily basis, there are other girls who talk to them daily. As far as I know, there is no proper food or ration reaching them,” Sara stated. “We live on crowdfunding. All of us… our education, our living, all of it is done on the basis of crowdfunding. We can give what is in our capacity. Sometimes we go beyond our capacity,” she added. A few girls from the Kranti shelter home have been using their pocket money to buy extra provisions such as cartons of water bottles for the community.

Most of the women have no savings. “They live on the edge of the thought ‘what if I die tomorrow’. And it is considered to be fair because of the life they live,” Sara told The Citizen. “Sometimes the police come and raid the brothel, without a purpose or proper reason. They just raid it and snatch all the money they have,” Sara explained.

“So they don’t have proper savings, yes, but they don’t have any alternatives either,” she said, adding that while a handful have waived off the rent due the current crisis, most brothel owners continue to charge rent despite knowing that the women have no income or savings. “They have to survive too, right?”, Sara said.

On April 8, UNAIDS released a statement, urging countries to take immediate action to protect the health and rights of sex workers. “As a result of the COVID-19 pandemic, sex workers all over the world are experiencing hardship, a total loss of income and increased discrimination and harassment. The criminalization of various aspects of sex work in the majority of countries serves to magnify the already precarious situation of sex workers in the informal economy,” reads the statement.

The statement further adds that sex worker-led organisations are reporting a “lack of access to national social protection schemes and exclusion from emergency social protection measures being put in place for other workers, particularly where sex work is criminalized.” This exclusion from state response to COVID-19 is forcing sex workers to put their safety, health and lives at risk in order to survive.

There is a growing concern that sex workers may be more vulnerable to COVID-19. Cramped living conditions (According to Das, 200 square feet in Kamathipura houses at least five families, with three to four members per family), low immunity due to many sex workers suffering from HIV/AIDS, Tuberculosis and other illnesses, and a lack of proper food and hygiene all add to the vulnerability of this community to the aggressive virus.

“They have no healthy food right now. They can't eat non-vegetarian food. They don't have fruits, no milk… Forget milk, they aren’t being able to eat dal chawal also,” Das told The Citizen. “Yesterday, I spoke to a family. They were falling on their knees, telling me, ‘Please, give us some rice so we can at least eat some rice with salt.’ There is a lot of pain there,” she said.

“Nobody is talking about them. So there is a certain sadness too,” Das told The Citizen. “They work, they are human beings too. But in society, neither do they have a name nor is there any concern about them among the people.” 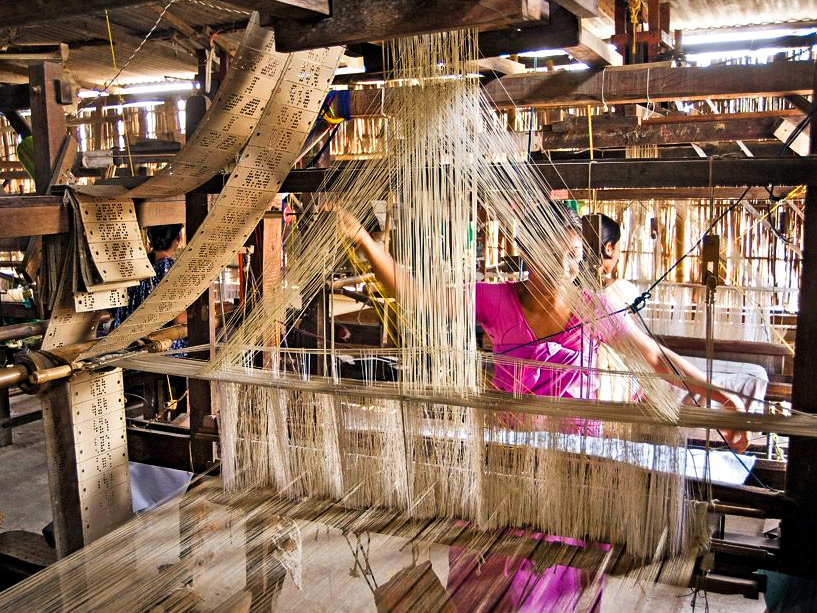 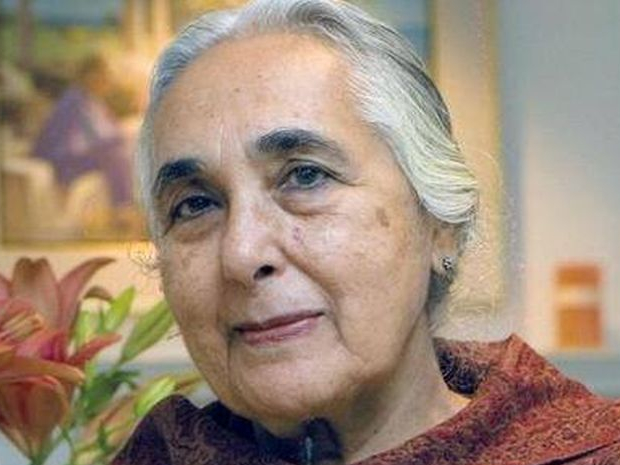