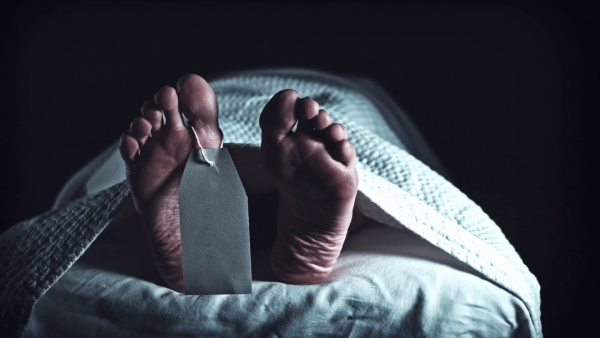 About fifty-five striking contractual school teachers in Bihar have died during the lockdown, claimed Bihar Rajya Shikshak Sangharsh Samanvay Samiti, due to financial crunch as the government has not paid their salaries for the months of February and March. The Samiti has warned that more will die in the coming days as the government has “ignored the hardships” of the striking teachers, locally known as ‘Niyojit Shikshak’, and their families.

However, R K Mahajan, additional chief secretary of the Education Department, has refuted the allegations levelled by the striking teachers’ association, calling them “baseless”. Mahajan also downplayed the entire issue of the school teachers' death during the strike, claiming that they have died due to illnesses and it has nothing to do with the strike.

Meanwhile, Bihar Education Minister Krishnandan Prasad Verma has announced that kin of all those teachers who died during the strike will get a compensation of Rs 4 lakh from the government as per the rule.

Manoj Kumar, a leader of the Samiti on Wednesday alleged that 55 striking contractual school teachers have died during the strike; mostly during the ongoing lockdown. “They have died due to the financial crunch. Most of us do not have enough money to survive; we are struggling to buy essential food items and medicines and take care of our families. This has also led to aggravation of stress and other health issues among thousands of us,” he told NewsClick.

Manoj ,who is also the media incharge for the Samiti, said that they possess documentary proof including photos of striking teachers who have died, along with their addresses and personal details. “This is not merely an allegation; so many teachers lost their lives due to the apathy of the government,” he said.

Bihar Secondary School Teachers’ Association (BSSTA) General Secretary Shatrughan Prasad Singh said, “Last week, had released a list of 42 school teachers who died during the strike. Most of them were under stress owing to the non-payment of their salaries and died of heart attack, brain haemorrhage and lack of proper treatment due to financial crunch.”

Singh alleged that despite so many deaths, the government is behaving as if nothing has happened. “How many more lives does it want to take before it acts? Hundreds of striking teachers are not well and they are suffering from different chronic diseases as well as stress, as the government has left them in a lurch.

“One can imagine how striking teachers and their families have been struggling without their salaries. But after the imposition of lockdown, it has become even a bigger challenge. Majority of them will be pushed to starvation or hunger-like situation if not paid salary on humanitarian grounds to survive during lockdown,” said Singh.

“It is unfortunate that teachers died due to non-payment of their salaries. They should be paid without delay to be able to cope with the difficulties due lockdown,” Manjhi said.

Manoj told NewsClick that the condition of striking 4.5 lakh contractual school teachers is not any better than the thousands of migrant workers who remain stranded or have come back. “This is the first time that such a large number of striking teachers have died during the strike. This has never happened. Last time when teachers' strike lasted for 91 days in 1999, there were no reports of death because the then ruling government had not acted  ruthlessly against the striking teachers,” he said.

The Samiti leaders further alleged that the state government has so far acted against more than 35,000 striking teachers by suspending, dismissing and lodging cases against them. Manoj, too, has been one of the first striking teachers who has been dismissed from the service without giving any cause.

Sharma said that the striking teachers cannot end their over 65 days old strike because of a mere appeal by Bihar Education Minister Verma in the name of fighting the coronavirus pandemic. “First, the government should have a dialogue with us and withdraw all the action taken against striking teachers and agree to fulfill our old demands,” he said.

Earlier, Bihar Leader of Opposition Tejashwi Yadav had demanded that the state government pay salaries to striking teachers in view of the unprecedented crisis following the outbreak of COVID-19 and lockdown. The Left parties CPI,CPI(M) and CPI(ML) too have urged the government to pay all pending salaries. “Our party has been supporting striking teachers and their demands,” said CPI(M) leader Arun Kumar Mishra.

The contractual school teachers have been on the indefinite strike since February 17, the day class X examination by the Bihar School Examination Board (BSEB) started. The strike has reportedly badly affected teaching in schools. The strike call has been given by the Bihar Rajya Shikshak Sangharsh Samanvay Samiti, a joint platform of 26 school teachers’ associations.

Earlier this month, the state government had decided to pay salary only for the month of January to the striking teachers. A senior official of the Education Department said that the government will not pay salaries to the striking teachers for the strike period. Last month, Verma had warned the teachers that they would be marked absent and their salary would be deducted on the ‘no work no pay’ principle.