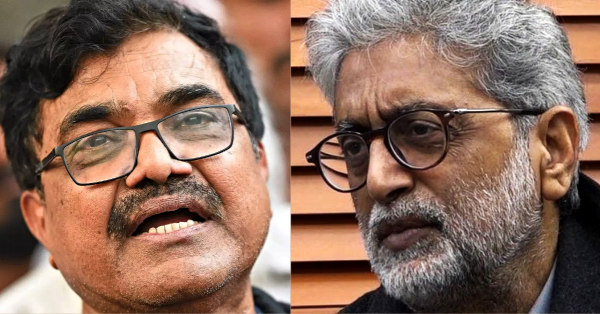 Yesterday, April 17, in Palestine we commemorated Prisoners Day – the day to strengthen and reaffirm our struggle for the liberation of the over five thousand Palestinian prisoners in Israeli jails.

It is a day, in which we stand as well in solidarity with all those that are lingering in jails around the world, subject to repression. In particular, we want to express our solidarity with our comrades in India, Gautam Navlakha and Anand Teltumbde.

Based on trumped up charges, the far-right hindutva Modi government has forced them to surrender themselves on April 14 to the authorities. Now they are confined in prison until the day the trial against them, which never started, will be over. This may take years.

Gautam Navlakha, a well known journalist and human rights defender, has not only worked tirelessly in defense of the rights of people repressed by Indian policies and institutions, he’s always been a true internationalist. His solidarity with the Palestinian cause was concrete and consistent. He has exposed the ways how India’s military relations with Israel directly help Indian state repression – yet another reason for an immediate military embargo in Israel.

Anand Teltumbde is a scholar, writer and civil rights activist. His work in defense of the rights of Dalits has found a common cause with Palestine expressed in his contribution to the global effort of reflection and interaction that constitutes the initiative for a World without Walls. See his contribution “Castes: Not just Walls” to the World without Walls reader here.

As if to prove Gautam’s arguments correct, Anand Teltumbde was among those Indian citizens that have been targeted by the Pegasus spyware, produced and sold by Israel’s NSO Group. The Israeli cyber tech company with close relations to the country’s top military spy agency Unit 8200 has become globally known for their spyware that enters phones and transforms them into spying devices and has been used by some of the most repressive governments around the world to target human rights defenders and journalists.

They are both now indefinitely in jail, joining other co-accused that have been jailed already since August 2018, until the court case opens and the cases are judged. Aware of the trumped up nature of the accusations, the state may well delay the trials endlessly. The Indian state punishes people with imprisonment without any proof of guilt. This is a complete inversion of the basic principle of justice that one can only be punished when proven guilty. This practice reminds us of Israel’s arbitrary arrests and administrative detention, where people are held indefinitely, without trial, without even knowing why they are being arrested.

As India under the Modi government is using and adapting ever more Israeli paradigms, methods and technologies, we as Palestinians stand with our comrades in India in one struggle for freedom, justice and equality.

As undersigned organizations, we express our solidarity to Gautam and Anand – may they be strong, may they be resilient, may they escape the increased dangers of COVID-19 that are luring in prisons in this moment.

We demand their immediate release and commit to join the efforts to release them.

Popular Council for the Protection of the Jordan Valley

First published in Stop The Wall. 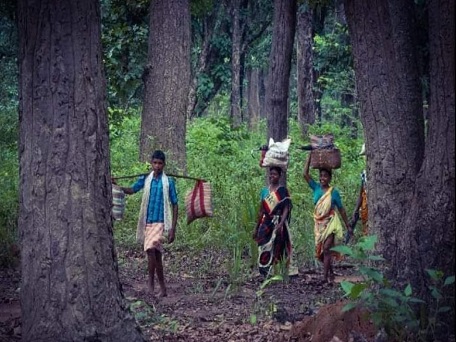