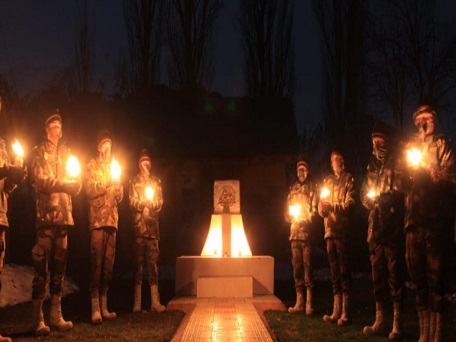 The media, the Indian as well as the international, have  covered the continuing plight of the inter-state migrants resulting from the nation-wide lock-down announced with a calculated abruptness, not uncharacteristic of the Government of India (GOI) judging from the disastrous demonetization and the hurried and thoughtless implementation of GST.

Yet, none in the media has given a proper explanation for the failure of the GOI to anticipate the plight of the millions of inter-state migrants. It has been pointed out that these poor citizens come to the attention of the government only when there is an election. However, there is another explanation which the mainstream media, more or less intimidated by the establishment, do not dare to say: Any such major decision should have been taken based on a cabinet paper as the Rules of Business of GOI mandate. Such a cabinet paper  would have been prepared by the relevant Department/Ministry and submitted by its Secretary to the Cabinet Secretary who would have circulated it to the departments concerned, and even consulted with the states, as they have to implement the decision. That paper would have argued the pros and cons, listed out the actions to be taken before the announcement, and thereafter. It would have listed the anticipable problems such as the plight of inter-state migrants, the supply chain management and more. It certainly would not have recommended an announcement at 8P.M. to be effective at midnight.

Therefore, we conclude that the lock-down decision is not an instance of good governance. The lock-down was necessary. But in government even a good and necessary decision has to be taken and implemented  in the right way. Government procedures are there for a reason. Unless there are extenuating circumstances, the procedure should be respected.

The Finance Minister said that she barely got 36 hours to come out with a financial package. Looking at the half-baked package, her complaint is legitimate.

Let us now look at the strategy of GOI to address the Covid-19 pandemic. The sad truth is that there was no strategy because no attention was paid to the looming disaster though we have a National Disaster Management Act enacted in 2005. On 30th January 2020 the first case in India was detected in the State of Kerala. The patient had returned from Wuhan where she was a student. By 3rd February, two more students who had returned from Wuhan tested positive.

Let us look at the response of the Government of Kerala (GOK) and GOI.  Five days before the first case, the State Health Minister K.K. Shailaja, set up a high-level committee. On 4th February, GOK declared a ‘state disaster’.

The GOI did not take note of what was happening in Kerala. Is there a system of a state government sending an urgent report on such matters to the GOI? Whether it is there or not, the media covered the cases in Kerala, and nothing should have prevented the GOI from asking for an urgent report. Whether such a report was asked for or not, sent or not, the Union Ministry of Health issued an advisory on travel to China only on 17th January. It said that Indians going to China should take care in view of the contagion. On 25th January, a second advisory said that travel to China should be for ‘essential’ purposes only. There was no advisory in February. The third advisory was on 5th March, advising against travel to China.

We conclude that the GOI was not alert.  President Trump and P.M. had a five-hour long session on 25th February. Trump had disallowed flights from China in early February. Did they discuss this contagion?

A related question: Why did Trump come at all, if he had made up his mind to indefinitely postpone a trade deal? Was the sole purpose to get an over-choreographed reception in Ahmedabad to a large gathering who might not have understood what he said as there was no interpretation? What was the raison d’etre of this Wagneraian opera at some cost to the people of India? To show GOI’s support for the candidate Trump? If so, is it wise to pick a side in the election in another country? Good diplomacy advises against such action.

Another instance of the deficit of good governance is that the resourceful military has not been mobilized to assist with the supply chain and the manufacturing of testing kits, PPE (Personal Protection Equipment) and much more.

There is a basic confusion in the mind of the GOI. Lock-down is required only to the extent it produces the conditions necessary for social distancing. Lock-down per se is not desirable.  The imaginary cabinet paper would have had three lists of economic activities:

2) Activities that need more modification to be made compatible with social distancing.

3) Activities not compatible with social distancing.

Talks with the sectors of the economy and its representative bodies would have started on day one of the lock-down if not prior to it.  We see that the corporate sector is finding it difficult to accommodate the workers inside the plant or even to arrange for their transport. Democracy implies dialogue between the government and the rest of the society the initiative for which should be taken by the former. India has an excellent, or potentially excellent bureaucracy and sadly it has not contributed as much as it can into decision-making and implementation. Why is it so?

Above all, we need a scientific temper to successfully deal with such crises. Such temper seems to be absent among a section of the Delhi elite as seen from a WhatsApp message that went around:

The candle or दिया flames have temperatures in the range of 400° to 500° Celsius. When so so so many candles will light for 9 minutes, imagine the impact on the environment and the heat so generated will decimate the virus. Why 9 mins, 9 P M and 5th Apr (5+4)?9 in the numerology is an adamant digit, which cannot be destroyed.

It was Jawaharlal Nehru who coined the phrase ‘ the scientific temper’ that he defined in 1946 in The Discovery of India as follows:

“What is needed] is the scientific approach, the adventurous and yet critical temper of science, the search for truth and new knowledge, the refusal to accept anything without testing and trial, the capacity to change previous conclusions in the face of new evidence, the reliance on observed fact and not on pre-conceived theory, the hard discipline of the mind—all this is necessary, not merely for the application of science but for life itself and the solution of its many problems.”

It will be most useful if the P.M. in one of his addresses to the nation draws attention to article 51 of the Constitution which requires the citizens to cultivate such a temper.

This is not the time to find fault for the sake of finding fault. But unity of action in a democracy comes only when the government is self-confident enough to listen to criticism and benefit therefrom.

Let us work unitedly under the leadership of the P.M and C.M.s. India is too large a country to be micro-governed from the capital.

First published in Countercurrents.
K.P Fabian is a former Ambassador.