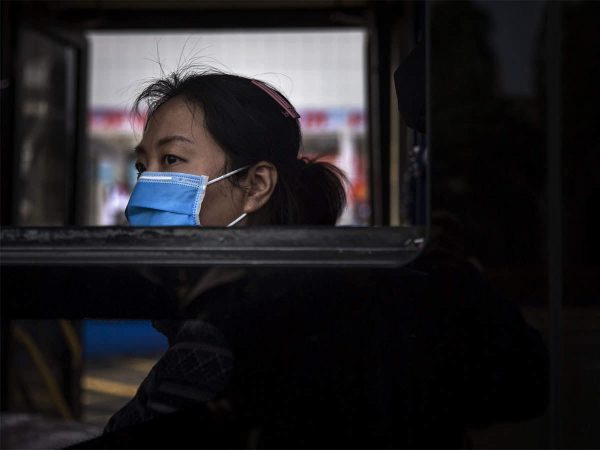 Perhaps the worst casualties of the ongoing nationwide lockdown to combat the COVID-19 pandemic have been workers in the informal sector so called, especially the migrant daily-wage workers being deprived of both work and home.

In a world plagued with inequalities, the repercussions of such a crisis vary across social, political, economic categories of people. For instance, a lockdown such as this will do greater harm to women, in more ways than one.

According to ILO initial estimates, anywhere between 5 and 25 million people could be driven out of the workforce in the wake of the pandemic. Women in the informal sector tend to be poorly paid, highly exploited, and are guaranteed no social insurance. Being a significant part of the industrial “reserve army” of labourers, they are first to be retrenched in times of crisis.

With production activities halted, there is no demand for home-based work. Most working women cannot enjoy the luxury of working from home. Be it domestic workers or sex workers, they have been locked out of all their sources of livelihood.

Debts are sure to mount. This is a time of acute distress, especially for women running their household single handed.

With transport facilities suspended, several families of migrant workers began their journey back to their rural home on foot or aboard tightly crammed buses.

They were exposed to greater risk of infection, and to other health issues likely to result from the long walk home. In just the first few days, over 20 deaths were reported from exhaustion, hunger, traffic accidents, including the deaths of six children.

Unlike men, it is impossible for women, particularly those who are menstruating, pregnant, or accompanied by infants and young children, to sleep, sit, or safely relieve themselves anytime and anywhere.

They had no option but to keep moving—the choice presented to them was between dying of hunger or a virus. Would you choose the former?

The burden of unpaid care work

Women across the world have to bear the brunt of domestic chores. According to a study published by the OECD Development Centre in 2014, women in India spent an average of six hours performing unpaid care work, compared to only 36 minutes by men.

This is unsurprising in a deeply patriarchal society such as ours, where the sexual division of labour relegates women largely to the unpaid private sphere. A large number of women continue to perform unpaid labour within the household as a form of social reproduction.

With children no longer going to school, husbands dismissed from their jobs or working from home, the elderly to be cared for, and domestic workers not allowed inside the premises, the burden of domestic chores even for wealthy women has mounted more than ever, with little to no contribution from other family members.

Confinement is not new to women, who are always asked to stay indoors for their own safety. Their mobility has always been restricted. With public parks and other community spaces now closed off, they may not be able to enjoy any privacy, or personal time and space.

As men become increasingly frustrated, women who are expected to act as comfort cushions are the only outlet for them to vent their frustration upon. That is where your home, far from being a safe haven, becomes dangerous.

Women can be at ease at home only when it is safe. Yet worldwide, there has been an appalling increase in the number of cases of violence perpetrated by men on women.

According to data from the National Commission for Women, complaints from women more than doubled from 116 in the first week of March to 257 by April 1. Cases of attempted rape jumped from 2 to 13 and of domestic violence from 30 to 69. Complaints related to violation of the right to live with dignity also surged from 35 to 77. Instances of police apathy also rose threefold.

Due to the lockdown, women have nowhere to escape, and are forced to stay under the same roof as their abusive, violent partners.

“As a result of the lockdown, women are encountering several challenges such as the increased burden of social reproduction. Domestic workers have been asked to sit at home. However, their jobs could have been ensured with efficient monitoring protocols and access to protective gear,” says Archana Prasad, a historian of labour at the Jawaharlal Nehru University.

Harassment has escalated in public spaces as well. On March 30, three Adivasi women fetching vegetables and firewood were baton-charged in the Golaghat district of Assam. In several cases women from the northeastern states were spat at and harassed. Many reports and testimonies allege such racist attacks amounting to abuse and assault against women from the northeastern region.

As Subhashini Ali, vice-president of the All India Democratic Women’s Association observes, “Enforced seclusion by means of tradition and religion, and in the name of moral restrictions, has always deprived women of their rights to work, education, and social interaction. The lockdown has added to their problems. In riot-affected areas, there is scant access to relief and rehabilitation measures for them. Their ability to resist and seek assistance is constrained by the absence of support mechanisms.”

The lack of personal protective equipment, basic facilities such as testing kits and isolation wards, and inadequate training in infection prevention is putting female health workers particularly nurses and ASHA workers at high risk of exposure.

The Kerala-based United Nurses Association has filed a petition in the Supreme Court demanding standardised mechanisms to deal with issues such as exposure to hazards like pathogens, long working hours, negligible transport facilities, cut or delayed salaries, no added facilities for pregnant women or lactating mothers, psychological distress and violence, physical fatigue, lack of accommodation, food, transportation, and the absence of medical support for workers and their families. Many cases of health workers being infected have appeared in Delhi alone.

The shortcomings of our public health provision need to be immediately addressed. One way is to strengthen the existing Primary Health Centres which should be equipped to screen, test, and monitor the movement of people as the outbreak spreads.

It is essential therefore that central and state governments adopt a feminist approach to dealing with the pandemic. Jaya Velankar, Director of the Jagori Foundation, recommends that supplies of ration, LPG cylinders, sanitary napkins, contraceptives, as well as adequate cash transfers to Jan Dhan accounts be ensured for marginalised women in these times of distress.

The ongoing public health messaging must include appeals to men to treat women with respect and to collaborate with housework, and women to immediately report any instances of violence, harassment or domestic abuse in this period. Counselling and helplines must be functional 24/7.

The lockdown is affecting women adversely and poses a challenge to feminism. The unpaid care work performed by women requires due recognition and acknowledgment. This is a time for us to reflect upon our personal spaces and practise the ethics of care. We can work together to recast our families as progressive institutions, where young boys and men contribute to housework as everyone’s work. We must utilise this crisis as an opportunity to restructure the sexual division of labour in our households, and work towards the equality of genders.