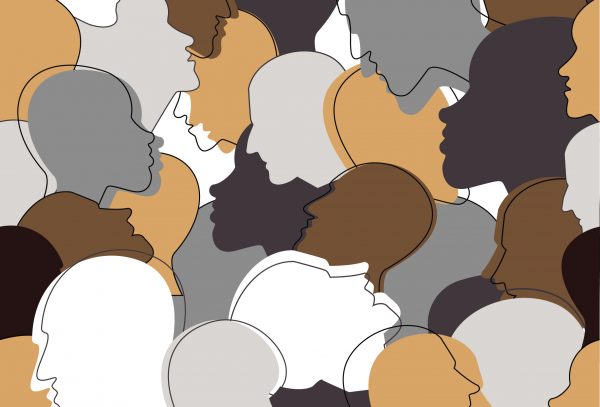 The Solicitor-General’s plea before the Supreme Court that the government may be allowed to check COVID-19 reports on the media before these come before the public has predictably provoked widespread unease and alarm among democratic citizens. Amidst growing apprehensions that instead of finding effective solutions to grim multifaceted challenges posed by the pandemic to the nation the government is stealthily steering the state towards dangerous rough seas in its craving for power and impunity, this innocuous-looking proposal does indeed seem to portend much graver perils.

First, it does not chalk out limits within which the desired accretion of power will work. One recalls at this point the much-derided but abusive use of the concept of a Finance Bill to encroach on far-removed areas to the detriment of legitimate constitutional authority.

Secondly it is quite on the cards that the government will sit on data that are embarrassing to its self-esteem but of vital import to the well-being of the people. And that may turn out to be quite costly. Thirdly it will unconscionably restrict freedom of information that may help people to react in time and compel the government to take urgent expeditious decisions against the grain. For instance it might not compel it to curb religious mass rituals which are part of its political agenda, instead condone it.

On the other hand the free flow of ideas, opinions and data has also favoured an explosion of vile superstitions, malignant myths and poisonous propaganda — like the myth now rapidly flooding social media in Assam that the Tablighi Jamaat at Nizamuddin basti, however bigoted and deplorable, has been responsible for the epidemic reaching the third and final state of the infection from the virus. Such irresponsibility certainly requires strict punitive action. The infection of the social fabric is just as lethal as the physical impact of the pandemic.

Of late such screaming posts have also been part of dangerous campaigns of religion and community-based mobilisation and actual programmes against targetted groups. Muslims in centuries-old habitations of indigenous Assamese Muslims in Golaghat district have been red-marked as areas that have practically sponsored spread of COVID-19! They are being reportedly confined to their homes and use of vital road-links has been denied them by social media inspired mobs. This scale of social malignity had been unfamiliar in those parts.

In newspapers of some standing editorial responsibility moves in whenever norms of decency, sobriety and responsibility are in danger of erosion. But in this era of post-truth and alternative facts proliferation of such vile hate-speech and poisonous lies has far outstripped 19th-century yellow journalism. Money and proximity to power have undermined journalism to an extent unimaginable before. True, there is a countervailing stream of factually authentic, incisive and politically-sound and morally-committed online journalism. Some of the younger representatives enthral us with their unshakeable sobriety, depth and clarity of perception and sheer commitment to democracy and public good. But the tide against which they are swimming is also of overwhelming proportions.

If we could have trusted government to watch and check this tide of evil, we could have felt some relief. But time and again it has stunned us by itself purveying deplorably distorted information or by being skimpy on relevant facts. Its allergy to data that are inconvenient are well known enough to labour the point. What it more scandalous is the way it has sent its hounds against people who are trying to get at the truth. Any time one says something that might vex it or threaten its sense of security, and the next thing one knows is that the police knock at one’s door in the dead of night on the basis of some far-fetched and ludicrous complaint. How then can citizens concede to it the right to collect, ascertain and provide relevant and sound information? Such power may dry out whatever available sources of correct and wholesome information there are.

Hence this proposal will remain unacceptable to all alert citizens. Instead, eminent people with irreproachable authority in such areas as law and public policy, access to information and administrative needs and risks will be listened to most attentively if they discuss this urgent and serious matter. They must not include cautious fence-sitters and Pharisaic apologists for fascism.

It is ironic that some Prima Donnas on public platforms had simply and unaccountably vanished for more than two years and have resurfaced to spill ridicule on lesser writers who have all through been active in print and on the streets to expose and combat the campaign to invade and abrogate precious freedoms guaranteed by the Constitution and the insidious and brutal methods of those in power to abolish all public space except for their exclusive use.

In their revolutionary zeal, they deliberately renounced the scope left by dwindling areas of legal and constitutional activity as some kind of farce or privileged patter, with the result that they unwittingly played into the hands of fascists who were as contemptuous of civil liberties as these champions of so-called liberation.

After all, one cannot ride piggy-back on other people’s tireless labour to keep the democratic imagination and passion alive. You should stand up and be counted when the fascist demon brandishes the sword over the heads of the people. Yes, they may not belong to the most directly oppressed and exploited working people. But after all, their fight aims at preserving the space for popular resistance and struggle, and enlarging it. In countries like ours especially, democracy is rootless and wilting if it does not enable people even to press their demands before the state.

People who underestimated the saffron menace, who had been content with witty barbs at the thick hide of the beast, now find the ground sinking under their feet. Instead of joining the common fight to clarify issues and persuade the common people to take a resolute stand on them in language without frills, they now vie with one another to exhibit finer sensibility and more acute intellect.

The present issue, of paramount importance, is whether the ruling party could use the unprecedented and stupendous public health disaster of COVID-19 as an opportunity to monopolise all public power and space and in a gigantic stride like the avatar of Vishnu Vamana stamp out all scope for dissidence, dissent and resistance and trample down the masses. On looking back at its past record it does not appear at all as prophetic nonsense but a very real approaching calamity. Information is the field of contention as envisaged above, though it is only one of the cherished freedoms.

First published in Newsclick.
Hiren Gohain is a socio-political commentator and cultural critic. The views are personal.