Speaking Up
Art in the Time of Corona
April 7, 2020 Sarah Ahmad

Have you ever been told to think outside the box? Like a whole world is waiting for you out there and you need to weave your way through to be a part of it. But when your mind gets there the world you had imagined ceases to exist, and you bring yourself back to think inside a box – you think, sleep, eat, work, not moving – till the mind explodes and the heart is a constant flowing tide, ebbing away into walls. And the walls become a part of your voyage, spaces meeting in swift junctions and turns you follow to shuttle around, till you reach a settlement of void. We are all living in uncertain times, together battling a calamity that appears as concerns culminating in confinement, with sentiments fluctuating, questions surfacing, and people shedding their old wrinkled values –modifying, adapting and shifting among a cloud of doubt.

As a malady takes up spaces in our mind, we are constantly in the pursuit of living a different kind of life and being at peace with it. In times like this art has shown us the way, with films, music, visual arts, all coming to the rescue of a recluse. To try and combat feelings of anxiety, isolation and creative doldrums Pulp Society, an Art Gallery in Delhi has come up with a digital programme focussed on collaboration and virtual engagement, with tools that have become prevalent in our times. Two Art Based Games part of – ‘This is (now) Online’ by Pulp Society are a consequent of this isolated life we are currently living. It includes collaborative Zine* Making games: Exquizine and Blind Date, with both online events taking place over 10 days in April. 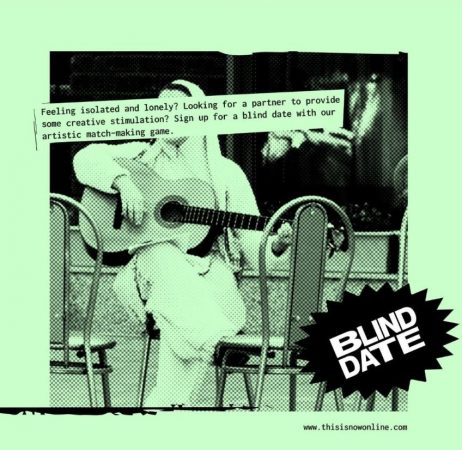 Exquizine is the coming together or collaborative zine-making game inspired by ‘Exquisite Corpse’ a game in which each participant takes up turns writing or drawing on a sheet of paper, folding it to conceal their contribution and then passing it to the next player for the same. Over a period of a few days 3-10 artists will collaborate on a single Zine, without knowing its visual result, each player completing one page of a zine. The game will begin with a prompt or idea from Pulp Society to the first participant, who would then create a page in the zine through text, visuals, photos, collage and then pass on an email prompt and/or idea to the next participant.

Blind Date is an Artistic match-making game between two strangers, who would collaborate online to create a Digital Zine over 7 days. Pulp Society will provide a starting prompt and video consultations along the way. Multiple Zines finally formatted by Pulp Society would be the outcome of these Art based Games, with a virtual exhibition of This is (now) Online. Pulp Society’s This is (now) online is an online or digital take on the initial idea of a Zine Exhibition: This is (not) tomorrow (in collaboration with The Irregulars Art Fair: an anti-art fair for art enthusiasts).

As the world battles a pandemic, we are becoming a group of worriers, united in our complaints, united in thought yet woven together by the thread of hope. The underpriviledged are suffering because of a severe lockdown with no place to go and the worry of a doubtful future, with people walking miles to reach their homes, food shortage, poor organisation and weak health facilities and lack of protective gear for health workers, the virus has affected millions not only physically but also mentally and financially, with an inevitable chaos disturbing the ethos of a society and changing its dynamics forever. A war is being waged, but like every war this one has taken its toll, the enemy taking down its opponent and a government putting down policies which have already put massive burden on its own people and injured its economy and social fabric.

In these lonesome times Art, becomes a warm blanket for a brighter present and a hopeful tomorrow. What began as an online project where people could document a day in their life, became a more significant understanding of someone’s day in current times through photographs. ‘The One Day Project’ is an Online Interactive Project based in the UK, which aims to document a normal life during extraordinary times. The Project aims to document through the month of March/April lives of as many different people, in self-isolation, quarantined and facing lockdowns around the world. To participate in this Project one needs to take a photo approximately every hour one is awake on any one day of March/April 2020 along with one short audio recording of the day. The photos can be taken on any device and could be in the direction one is looking (and not selfies), these can then be captioned and sent across to the creator of the One Day Project.

There is a lull, somewhat marred by the existence of uncertainty and scepticism. We must be able to fight this as humans and not as fiends and shun the wounds which turn into bigotry towards a community or race. We are all isotopes of oblivion, taking small steps into tomorrow, hoping, and carrying on, moving atoms and fragments of history yet to be written, recording our lives online, through specks of photos, daily deeds, misgivings and needs. We are beginning to see time, every second that passes by, silently, windows which bring air, bring anticipation of promise, that tomorrow shall not be like today, this cloak of disguise will be taken off and we the witnesses will soon be narrators of an uncanny time, one we lived, and outlived. 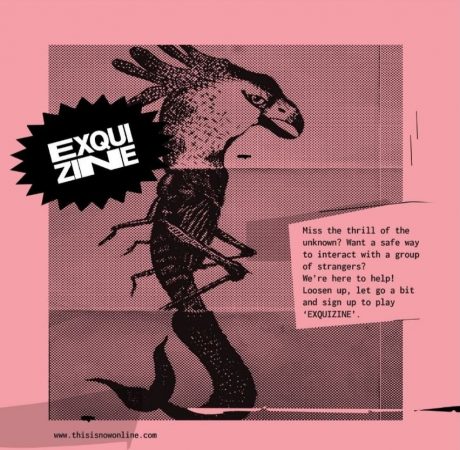