Speaking Up
Bani Adam: the 13th-century Persian poem that shows why humanity needs a global response to coronavirus
April 3, 2020 Arshin Adib-Moghaddam | The Conversation 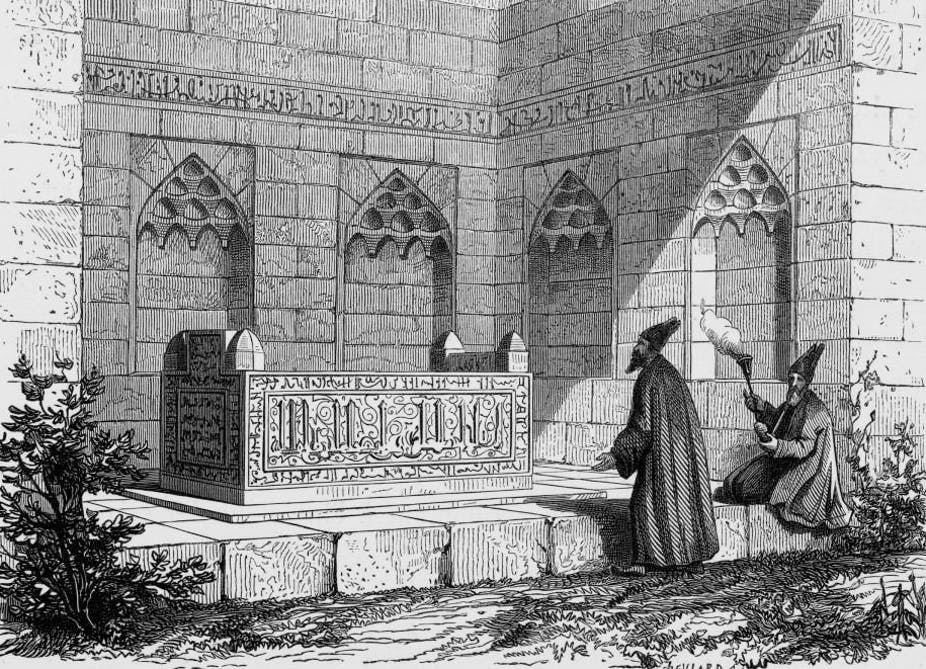 Coronavirus is all about human connectivity. From a philosophical perspective, I’ve been thinking about how this virus is forcing us to confront our common fate, highlighting our connections in the process. The novel coronavirus defies geography and national borders. There is no escaping it – exactly because humanity is inevitably interdependent.

In a beautifully emotive poem called Bani Adam (human kind), drafted in the 13th century, the Persian-Muslim polymath Sa’adi used what can be employed as an analogy to our current challenge in order to visualise this common constitution of humanity. It reads:

Human beings are members of a whole,
in creation of one essence and soul.
If one member is afflicted with pain,
other members uneasy will remain.
If you have no sympathy for human pain,
the name of human you cannot retain.

These verses from Sa’adi’s Bani Adam decorate the walls of the United Nations building in New York and the poem was quoted by US president Barack Obama in his videotaped New Year (Nowrouz) message to Iran in March 2009 to open up a new chapter in Iranian relations with the US. More recently, the British band Coldplay used the poem as the title of a song in their album Everyday Life. It’s a poem that speaks to the inevitability of a common fate of humanity, that unites us into an intimately shared space.

This effort of conjoining what has been artificially divided through nationalisms, religious doctrines and other forms of ideology, was equally central to a poem by the German genius Johann Wolfgang Goethe. He was very much influenced by Persian/Muslim philosophy and poetry, in particular by the 14th-century poet Hafez-e Shirazi.

In his magnificent work West-Eastern Divan, a very early manifesto against cultural essentialism – viewing one’s own culture in complete separation of others – Goethe wrote:

When people keep themselves apart in mutual disdain.
A truth is hidden from the heart.
Their goals are much the same.

As a communicable disease, the coronavirus compounds our inevitable common fate. Our existence cannot be safeguarded in isolation, we can only survive together: my fate is yours, ours is theirs. Social media, for instance, has adopted terms such as “viral” to describe particularly successful Tweets or Facebook posts, which demonstrate the dialogues between our bodies and minds that are ongoing at every second of the day on this global canvass. This interconnected reality of ours merges (rather than divides) categories such as “us” and “them”, “self” and “other” which are at the heart of problematic ideas about today’s eternal cultural wars.

Our leaders continue to speak about the coronavirus in distinctly martial and psycho-nationalist terms. Even in a staunchly secular liberal-democracy such as France, president Emmanuel Macron described the crisis in war-like terms. US president Donald Trump used similar words when he likened himself to a “wartime president” in order to describe his fight against the virus.

And yet at the height of the pandemic, Trump’s administration pushed through more unilateral sanctions against Iran, which has been badly hit by coronavirus, and Venezuelan officials . At the time when countries such as China and Cuba are sending specialists to the epicentres of the crisis, Trump has punished the most vulnerable members of Iranian society for the sake of nationalistic power politics.

In search of a global response

In the meantime, many of us are concerned because we are finding out, tragedy by tragedy, that there is a lack of multilateral cooperation. Our elected leaders are incompetent or helpless and rampant capitalism has focused much of our resources on profit, rather than on institutions that serve the people.

The coronavirus transmuted into such an all-encompassing pandemic for two simple reasons. First, our common biology does not respect any of the mental and physical borders that were created to keep us apart. Second, coronavirus revealed how globalised our contemporary world is. Our lives are so closely interlinked and networked that this outbreak travelled all around the world within weeks.

The speed at which the virus spread demonstrates quite clearly the contracted space that we are all living in on Earth. Yet our politicians speak about national remedies and continue as if nothing has happened, as if we can insulate ourselves forever. It should be the World Health Organization and other UN bodies which take the lead to coordinate global policies for global problems.

Yet, in clear contradiction to what is needed, politicians continue to speak of coronavirus in terms of mere national emergencies. This approach compartmentalises what is conjoined, and contributes to the current crisis which can only be faced properly with global coordination and within multilateral organisations. But the UN and its auxiliary network is despised by the new breed of hyper-nationalist leaders all around the world. It is these leaders who have stunted our ability to resolve borderless challenges such as this current pandemic.

There is a common fate inscribed in our lives which demands global answers to global challenges. “No man is an island,” wrote the poet John Donne in 1624. It’s time that we act upon the science, with the empathy of a poet, and institute a new form of internationalism that acknowledges and celebrates our common humanity.

This article is republished from The Conversation under a Creative Commons license. Read the original article.
Arshin Adib-Moghaddam, Professor in Global Thought and Comparative Philosophies, SOAS, University of London