200 citizens write to govt for immediate assistance to migrant workers 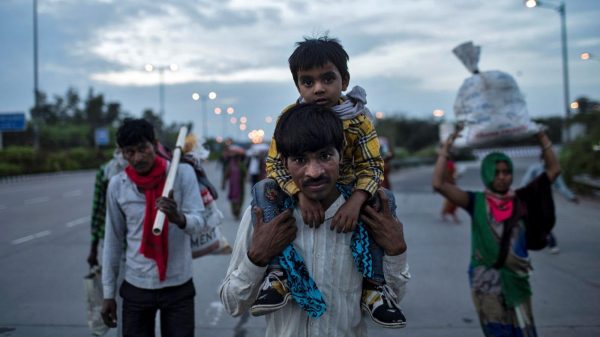 NEW DELHI: Thousands of migrant workers in India’s big cities are facing a difficult situation, as the nationwide lockdown has sealed borders and banned movement, leaving migrants labourers stranded. These workers are largely daily wage labourers, and the lockdown has left them without work, pay or a place to stay in big cities – and also without the option to go home as all public transport, including trains and buses, has been stopped.

Workers have resorted to walking large distances over days to try and find their way home. Images and photos of the exodus are circulating on social media, with citizens demanding that governments – state and central – provide assistance to stranded workers.

Given the social media response to the situation, some governments were forced to respond – announcing bus services to bring workers home. Citizens have also come together, to collect funds and put together packages containing basic essentials, to distribute to stranded workers. MHA directed state governments to set up relief camps for migrant workers.

This is an urgent appeal for assistance to migrant workers who are unable to reach their homes due to the current lockdown – free food, medical care and sanitation at the very least.

The sudden imposition of a 21-day all-India lockdown on 24 March 2020, at just 4 hours’ notice, has led to horrific consequences for many. This decision, taken without proper planning, completely overlooked the disastrous impact it would have on 90 percent of our labour force. Extremely disturbing reports of the plight of lakhs of migrant labourers in different parts of the country keep pouring in. Many of them are stranded and starving in the industrial belts where they work. In the absence of any transport, many are walking hundreds of kilometres to their villages on a hungry stomach. Others, in desperation, are packing themselves in lorries, at the risk of contracting or spreading the virus.

We make this urgent plea to the Central Government to pay heed to the situation immediately. The government must use the network of anganwadis, panchayat bhavans, government schools, government colleges, railway stations, bus stations, community halls, block offices, district headquarters etc to set up feeding centres to arrange free cooked food, medical care and sanitation. Foodgrains to the tune of 585 lakh metric tonnes are available in godowns of the Food Corporation of India (FCI) and Central Warehousing Corporation (even before the wheat harvest). Some of it can be used to prepare cooked meals and/or take-home rations in these centres. This assistance should be available to all unconditionally, without any paperwork. This will still leave more than enough food in the godowns to fulfil the Finance Minister’s announcements and maintain adequate buffer stocks.

We also urge the government to immediately arrange for sanitised bus and train services to enable stranded workers to reach home safely. Others trapped at their distant workplaces must be assured of a secure living space with enough food, soap, sanitary pads and medical care. This is a national emergency and lakhs of people are in danger of perishing in hunger and trauma. We therefore make this urgent appeal for an immediate response to the humanitarian crisis, to prevent it from snowballing further.