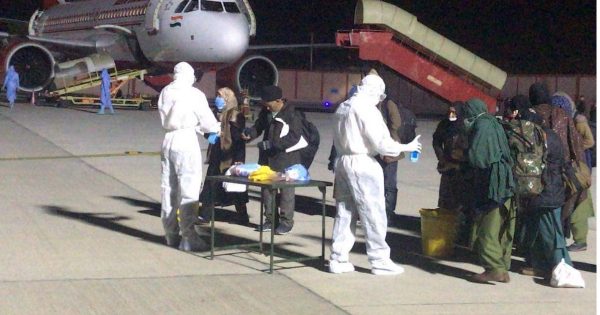 India woke up on Wednesday to a 21-day lockdown, governments – both, central and state – assured people of enough stock, as panic struck many, among the 1.3 billion across the country, who rushed, formed long queues outside grocery and essential stores.


Amid this, Ministry of Home Affairs (MHA) issued a statement postponing the first phase of Census 2021 and the exercise of updating the National Population Register (NPR), keeping in view the outbreak of COVID-19 pandemic in the country. Both were scheduled to be carried out by April 1.


Fresh cases of coronavirus infection were reported taking the cumulative figure of those who had tested positive to 606 in the country, according to Union Health Ministry. Kerala confirmed nine new cases, taking the state total of COVID-19 cases to 118; while Delhi reported five positive cases of the virus on Wednesday, taking the total in the national capital to 35.


With both Tamil Nadu and Madhya Pradesh reporting first death due to the viral infection in respective states, India’s death tally has reached 12.


With Prime Minister Narendra Modi largely remained mum in his Tuesday speech on how government plans to deal with the economic challenges that lies ahead, demands for a package poured in from various sections for a package to meet the calamity.

The 44th World Chess Olympiad became the latest major sports event to be postponed on Wednesday due to the Coronavirus pandemic. International Chess Federation (FIDE) postponed the biennial event to 2021, according to news agency ANI.

Do not panic: Kejriwal

"Will issue e-passes to vegetable-sellers, grocers among others to ensure essential supplies during lockdown," he added.

Madhya Pradesh’s Indore reported five fresh cases of coronavirus infection on Wednesday, News18 reported. Two among them are reportedly under serious condition. All the patients are between the age of 49 to 68, according to the report.

Maharashtra: Total Cases 107; Do Not Come Out of Home, State Govt. Appeals

With five fresh cases reported last evening, the total number of Coronavirus infected people in Maharashtra rose to 107 as on Wednesday afternoon, with Mumbai city reporting the highest 41 patients.

Wednesday also marks as Gudi Padva, also known to be the first day of Marathi new year. On the occasion, the state government appealed to people not to come out of houses even to celebrate the festival.

The nationwide lockdown issued by Union government has caused a lot of panic among the people last night. Thousands of people came on road for essential buying. Long queues were witnessed outside medical as well as grocery shops. The Uddhav Thackeray – led state government appealed people to not to panic.

As the airline services in the country are being suspended, domestic carrier Go-Air’s CEO Vinay Dube announced on Wednesday that all GoAir employees will have cuts in their March payment as the company is left with “no choice,” according to PTI.

Mizoram gets its first case

A pastor with travel history to the Netherlands tests positive for COVID-19 in Mizoram.

‘All Pass’: Puducherry Cancels Exams for Class 1 to 9

Amid the nationwide lockdown, the government of Puducherry canceled  examinations for classes 1 to 9 and declared the students as “All Pass.”

In the circular issued on Wednesday, the government said that that union territory is under lockdown as a “precautionary measure” to counter the spread of novel corona virus.

Vaishno Devi Temple in Jammu and Kashmir’s Katra has been shut for devotees in the wake of nationwide lockdown for 21 days starting Wednesday.

In the guidelines issued yesterday by the Home Ministry, all places of worship were ordered to be closed for public and no permission to be given for religious congregations.

Jammu and Kashmir: Vaishno Devi Temple in Katra shut for devotees amid #21daysLockdown, in wake of the #Coronavirus outbreak. pic.twitter.com/YhAIOGHUkq

Chief Minister Uddhav Thackeray assured the people of Maharashtra that there was adequate stock of essential commodities.

In a series of tweet on Wednesday, Congress Spokesperson Randeep Singh Surjewala demanded that the Centre implement the NYAY Yojana, which provides for a minimum income to all. The opposition party also demanded relief package for farmers, and a comprehensive package for daily wagers, unorganised workers.

Need of the hour is to implement forth with “Minimum Income Guarantee Scheme”(न्याय) mooted by Rahulji & Congress.

In view of the nationwide lockdown, Army Headquarters are closed on Wednesday, ANI quoted Indian Army sources in a tweet. According to the news agency, from Thursday, only 5 to10 per cent of essential staff to work for meeting the operational requirements.

Some Questions For PM Modi After Yesterday’s Announcement

Prime Minister Narendra Modi on Tuesday announced a complete lockdown from midnight, asking everyone to stay indoors for 21 days, to fight the spiraling Coronavirus pandemic in the country.

In an opinion piece, independent journalist Paranjoy Guha Thakurta puts some questions to the Prime Minister. He asks, “Why did the PM not announce any specific measures for the poor, the daily-wage worker and the homeless in his speech to the nation on Tuesday, March 24? How will the weakest sections of India survive for the next three weeks?” Read more here.

Confirmed cases of Coronavirus infection continue to surge in Maharashtra with four more testing positive, according to PTI.

Wednesday also marks Gudi Padva, the first day of Marathi new year. On the occasion, the state government appealed to the people not to come out of their houses to celebrate the festival.

After Manipur reported its first Coronavirus positive case in northeast India yesterday, a 50-year-old man tested positive in Mizoram on Wednesday, according to The Hindu. The man had returned from Netherlands on March 16, said State’s Health Minister R. Lalthangliana.

A day after All India Institute of Medical Sciences (AIIMS) Resident doctors complained of being forced to vacate their residents, Delhi’s Health and Family Welfare Department directed the district administrations and police to take strict action against landlords and house owners for ‘such behaviour’, according to ANI

In light of the nationwide lockdown, parents in Himachal Pradesh have written to the state’s education minister demanding the extension of the March-30 fees deadline in private schools in the state.

The state government has also imposed a curfew to strictly enforce the lockdown, restricting movement and assembly of people.

In a case of hoarding, 200 boxes of face masks valued at Rs 1 crore has been seized by Mumbai police, according to PTI. An FIR has been registered against five persons.

Delhi High Courts has directed the Ministry of External Affairs to ensure the welfare and safety of Indian students stranded at Almaty airport in Kazakhstan, according to PTI.

Over 300 Indian medical students are stranded in Kazakhstan’s Almaty Airport after India banned international arrivals from March 22 to March 31.

The Health Minister of Delhi has said that permission had been granted to manufacturers of drugs and cosmetics to produce ethanol-based hand sanitisers till June 30, according to PTI.

5 new cases in TN; Class 1 to Class 9 school students to be promoted

With the nation-wide lockdown coming to effect, the Tamil Nadu Chief Minister said that he had ordered the School Education Department to promote all Class 1 to Class 9 students across the state. 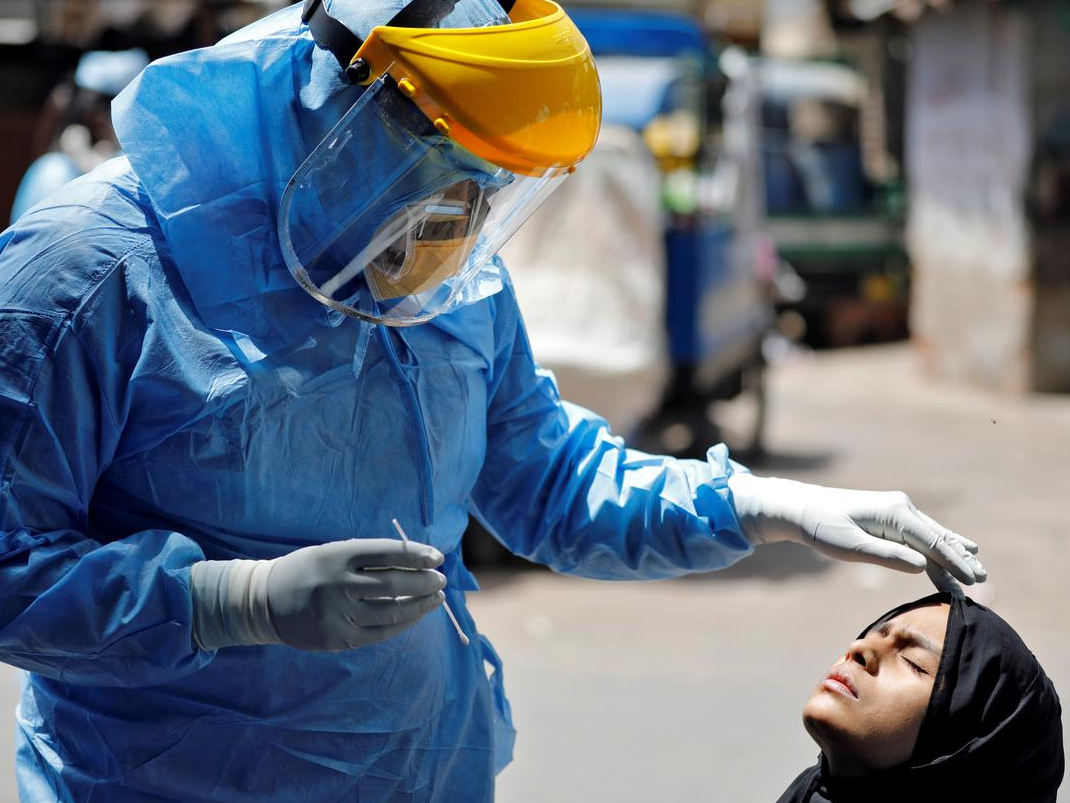 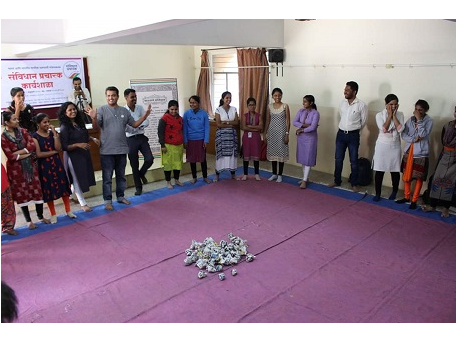 Speaking Up
Samvidhan Pracharak Samiti: Campaign to Educate about the Constitution
ICF Team 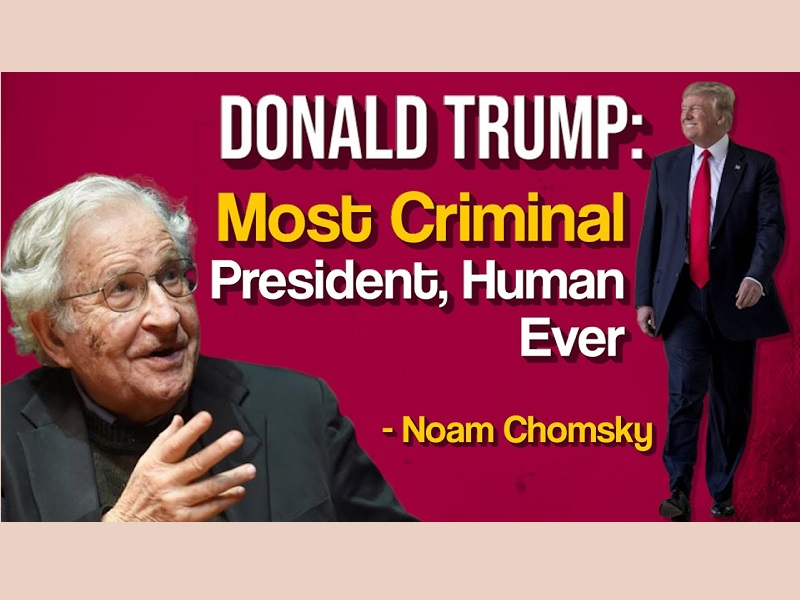 Noam Chomsky on the policies of Donald Trump, the impact of neoliberalism on the world and the protests that have broken out across the US.

Speaking Up
Samvidhan Pracharak Samiti: Campaign to Educate about the Constitution
ICF Team

Noam Chomsky on the policies of Donald Trump, the impact of neoliberalism on the world and the protests that have broken out across the US.