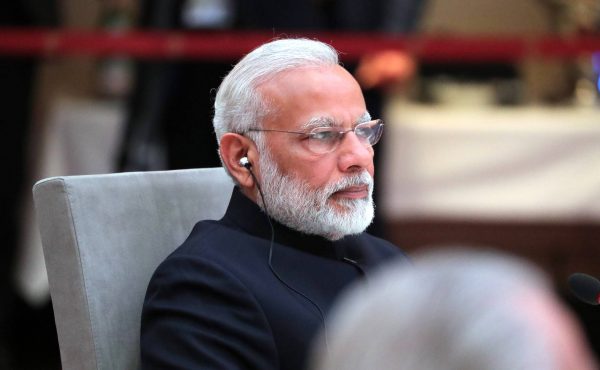 In his second address to the nation after March 19, announcing a complete lockdown of the country for three weeks from midnight of March 24-25, the Prime Minister of the “world’s largest democracy” omitted addressing several key issues relating to the survival of the bottom 25% of India’s population of 1.3 billion.

How would they be fed if they had no work? Even as he urged everyone to stay at home, Narendra Modi did not mention those who had no homes. In his second half-hour speech in five days, the PM did not once talk about those who work every day to earn enough for the next meal for themselves and their children. Many daily-wagers in India are today faced with the unfortunate choice of either feeding their families or contracting the novel coronavirus disease or COVID-19.

Towards the end of his speech on Tuesday, Modi said, “This crisis has certainly brought on a very difficult time for the poor. Along with the central and the state governments, individuals from civil society and institutions are constantly striving to reduce the problems of the poor. Several people are collaborating their efforts to help the poor. Friends, in addition to basic necessities, (supplies of) life-saving material have to be given topmost priority.”

Within minutes of his speech getting over at 8:30 pm, people across the country rushed to stock up groceries and provisions. There were mad scrambles in marketplaces. Someone in the Prime Minister’s team must have realised what was going on and sought to assuage the worst apprehensions of many. Promptly came two tweets.

The first read, “My fellow citizens, there is absolutely no need to panic. Essential commodities, medicine etc. would be available. The Centre and various state governments will work in close coordination to ensure this.”

The second tweet from Modi appeared to acknowledge the reality on the ground. It stated, “By converging around shops, you are risking the spread of COVID-19. No panic buying please. Please stay indoors. I repeat—the Centre and state governments will ensure all essentials are open.”

What prevented the PM from mentioning what the guidelines of the Ministry of Home Affairs stated, namely, that while all commercial and private establishments would be closed, “shops, including ration shops dealing with food, groceries, fruits and vegetables, dairy and milk booths, meat and fish, animal fodder” and pharmacies would be allowed to remain open and “normally” function?

What stopped Modi from stating that the proverbial Laxman Rekha could be crossed if people had to step outside to obtain food and medicines?

Supporters of the ruling regime say the PM does not have to get into granular details when he presents the “big picture” of the dangers posed by the coronavirus, that he should leave the nitty-gritty announcements to his subordinates. (Earlier, on Tuesday afternoon, Finance Minister Nirmala Sitharaman had announced a slew of measures relating to postponement of deadlines for payment of taxes.)

Is it not the responsibility of the most powerful man in India to assure the poorest sections of the population that the government will look after them and that their interests – in fact, their very survival – will not be dependent on, or left to the whims of, those who are charitable? Surely his personal popularity would not have come down if he outlined what his government would be doing for the needy and the underprivileged in these difficult times.

Perhaps the most cruel, the most heartless, aspect of the Prime Minister’s speech came when he announced a number at the fag end of his speech: Rs 15,000 crore.

This is what Modi said:

“In order to tackle this novel pandemic, the central government is constantly working towards better equipping the healthcare facilities of the country. The government has been taking decisions on the advice of the World Health Organisation, country’s top medical and research organisations and top health experts.

“The central government has put in place a provision of Rs 15,000 crore for treating coronavirus patients and strengthening the medical infrastructure of the country. This will allow for quickly boosting the number of Corona testing facilities, personal protective equipment (PPE), isolation beds, ICU (intensive care unit) beds, ventilators and other essential equipment. Simultaneously, training of medical and paramedical manpower will also be undertaken.”

“I have requested state governments to ensure that healthcare is the topmost priority at the moment. I am pleased that the private sector is standing shoulder to shoulder with fellow citizens in full capacity during this crucial time. Private labs and hospitals are eagerly coming forward to work with the government during these challenging times.”

Two sets of numbers should be contrasted against the figure of Rs 15,000 crore. India’s current gross domestic product (GDP) or national income is around Rs 2,00,00,000 crore. The health budget of the Union government is at present in the region of Rs 67,000 crore.

Before concluding, the Prime Minister urged his listeners: “But, friends, be careful that during such times, knowingly or unknowingly, several rumours are circulated. I appeal to you to beware of any kind of rumours or superstitions.”

One hopes that Modi’s ardent followers, some of whom have been in the forefront of spreading disinformation about the novel coronavirus on social media, are listening.

First published in Newsclick.
The writer is an independent journalist.