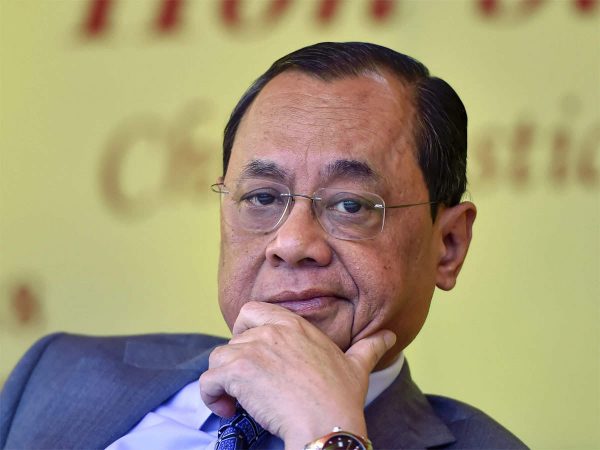 With Justice Ranjan Gogoi taking oath as a member of the Rajya Sabha and many commentators pointing to a pandemic of Constitutional crisis makes the stiff fight we are facing between Constitutional morality and an impending populist reality evident. These two frames are a distinct ways of organising political and institutional life in a modern democracy. While the lament of Constitutional crisis and the threat it poses to a liberal democratic imagination is real, to merely point it out cannot suffice unless we analyse it in light of what populist reality has to offer.

Constitutional arrangements in the parliamentary form of democracy that India had adopted are based on the principles of rule of law, and more importantly, on the separation of powers between Parliament, the executive and the judiciary. Separation is a way of organising the collective power of the State in a manner so as to not centralise power, but it also recognises differentiated interest groups in the polity that would necessarily remain in conflict or tension with each other.

The productive tension between the organs of government is supposed to reflect the conflict of interest that also exists on the ground. As part of constitutional morality, it is expected that such an arrangement would not only be inclusive, but also recognise that some of the conflicts are irreducible. It recognises that such an arrangement is necessary to balance between collective goals and individual rights. Every society requires common values and a consensus to achieve stability, but this in itself can pose a danger to individual rights and the right to free speech. The separation of powers is a way of maintaining this tension without spilling over into violence, but also without achieving any resolution of the tension. Tension is assumed to be constant and irreducible.

Similarly, in managing institutional affairs, our procedures reflect the need for tension and conflict of interest to co-exist with an assumed consensus. For instance, the way the post of Speaker of Parliament has been envisaged is of prominence and also intriguing: the Speaker of the House is supposed to be neutral even as he continues to belong to a party and hold his position of being an MP representing a particular party and its ideology. The Speaker is guided by the rules of the House, and not by partisan interests of his or her party. One could recollect Somnath Chatterjee’s refusal to resign as Speaker when his party walked out of the government. He argued that he, as Speaker, is “above party politics”, while his party sensed his position as a betrayal of his commitment to its political decisions. He was later expelled from the party for indiscipline and not following the party line.

Chatterjee’s case highlights the nature of the tension on which Constitutional morality is based. Was he being true to his Constitutional position or was he reflecting a bhadralok sensibility that belies the popular or populist reasoning of a political outfit, that it represents “the people” that elected it? Constitutional principles, even as they are represented in and as sovereign power, remain in a necessary tension with popular democracy. Sovereignty is torn between being inalienable from the popular will and the necessity to uphold constitutional norms.

Constitutional norms themselves are not abstract principles but the result of a nation’s history. They represent the vision of the past waiting to be achieved in future and a transition, or historical process, that connects the past with the future. It is our allegiance to historical memory that makes us an authentic collective.

In postcolonial democracies the two processes of popular representation and constitutional morality remained at variance. The idea was to merge the two in course of time, but that also depends on how equitous we make society. In India, social and economic inequalities remained intact, while the journey to merge the two also continued. British Colonial rule, since it lacked popular will, drew its legitimacy by ostensibly upholding principles of rule of law and procedural neutrality, which it offered by arrangements such as the separation of powers. This historical imprint continued in postcolonial times.

The crisis we are witnessing today—the abject impunity with which the principle of Separation has been compromised with Justice Gogoi’s acceptance of his nomination to the Rajya Sabha—is a continuation of the unsettling tension between constitutional morality and an underlying populist reality. Justice Gogoi has not violated the law but Constitutional morality, which, in part, is self-conscious and voluntary.

If one were to even look at the way schemes are devised or electoral slogans are projected, it represents populist reasoning. The recent Tax scheme 2020 is referred to as “Vivad se Vishwas” or Resolving Disputes by Instilling Trust. Here it is about resolution and not maintaining tension; it is about trust not balancing conflicting interests. It is about intention, not procedures. This is projected as a more direct and authentic way of building the nation.

In a similar vein, Justice Gogoi remarked that his nomination now allows Parliament and Judiciary to work closely, in tandem, towards a common goal of “nation-building”. Instead of maintaining the distance, it is about achieving a new kind of “anusandhan”.

Does this connect better to a popular imagination of who we are or who we are supposed to be: a more unified and undifferentiated whole that signifies unity and strength? It is a different matter that this allows for a majoritarian construct that not only compromises the rights of the minorities but also excludes many from the majority community and will also compromise the right to free speech and individual rights.

The question that we need to really ask is do these sensibilities of not centralising power, maintaining different identities and individual rights not matter in the popular imagination? Or is it that they matter, but operate in a different cultural idiom, which those who vouch for constitutional morality did not care to learn but only saw themselves as preachers of a higher order?

First published in Newsclick.
The author is associate professor, Centre for Political Studies, JNU. The views are personal.