Speaking Up
Lessons from a crisis
March 24, 2020 Melwyn Pinto 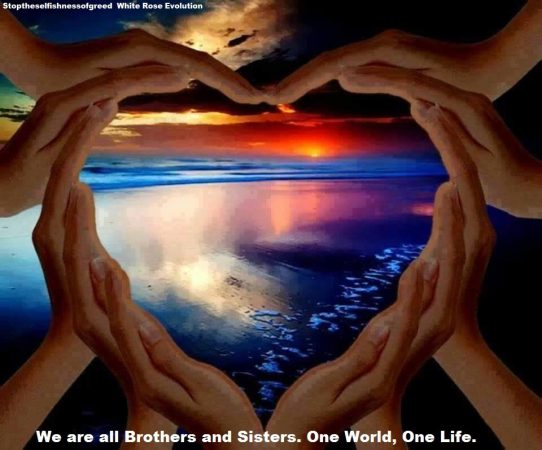 In Chinese the word ‘crisis’ apparently is spelt with two characters. The one suggests danger and the other opportunity. Such understanding of a crisis has never looked more meaningful than in the present. The current situation has driven everyone to set all priorities aside and concentrate only on the one adversary. As someone rightly said, the present situation is worse than a world war. No one is bothered about any other issue presently, including cross border terrorism and nuclear warfare. The entire world is brought to its knees by a microorganism. And yet, perhaps this situation was waiting to happen. When humanity refused to take responsibility for itself of the manifold damage it had caused to the universe, nature seems to have made use of this microorganism to reclaim its lost space. Think of it. One of the biggest transport polluters on this earth is the aircraft. And most airlines have grounded majority of their aircrafts. It is estimated that most of them may go bankrupt in a few days, if the situation does not ease out. Pollutions have come down. Wild life is breathing easy. Oceans and rivers are bubbling with the long-lost aquatic energy. While the human race is devastated, nature seems to have come to its own. It seems to be celebrating ‘life’. Isn’t there a message for the human world? Of course, there is – especially for those who have eyes to see and ears to hear. While some of the most powerful world leaders asserted that there was no global warming, it should have disturbed the collective conscience of everyone. But it did not. Now, it seems as though it does not matter. Nature is cooling down by itself, with increasing number of people across the globe beating the retreat and staying at home. Markets all across the globe have begun to collapse. Giant business establishments are seeing a slump never seen before. The agony of the small scale businesses is even worse. It is possible that more people may die of hunger in the next few days than of coronavirus, unless the governments, especially in the poorer countries, reach out to the economically vulnerable. Unfortunately, while the administration in India has asked the people to stay indoors for over 15 days, the poor are worried how to survive. While it is important to contain the deadly virus, the government must also try and infuse confidence and hope in people that it will take care of them. Such measures are hardly there. If the administration in India does not respond proactively to the plight of the poor, it is possible that we will have another bigger crisis looming over us.

Perhaps this is an opportunity never encountered before; this may be the moment for all to rise as one. This may be the eureka moment for every sceptic out there. It may be a time to realise that we must slow down, we must take time out. Nothing matters now. What matters most of all is to stay alive and stay safe. This cannot be done unless we cooperate with one another. That is the most difficult lesson everyone is compelled to learn. The world has never been as united as now in fighting a common enemy Every crisis throws a series of lessons for us to learn, which we must ignore at our own peril. What are the lessons to be learnt from the present crisis? Perhaps, nature had no other way but this one to push humanity to the brim so that it (nature) could survive. If humanity had the illusion that it was in control of its destiny, nature has also taught us that humanity can be the master of its destiny as well. There is no one to blame now but us. While nature has fought back constantly, it was never so decisive. And life seems to be possible even without all the so called mindless ‘progress’ that humans had ventured into. When the infected celebrities have no other way than be quarantined in government health facilities, their make-belief world would have crumbled. And yet, it is possible that such experience could help them to awaken to the larger miserable reality of a lot of people in the world. However, not all hope is lost. Humanity has fought every crisis successfully in the past, and this too will be overcome. It may take a while, but the world will come out successful. The larger question, however, is will the world be the same again or different. One hopes that it will be a different world. It is hoped that the human world will strive hard to be less greedy, less polluting and less irrational adventurous. Rightly did Shakespeare say, ‘One touch of nature makes the whole world kin’. One only hopes the world will remain in this kinship even after the current crisis disappears.