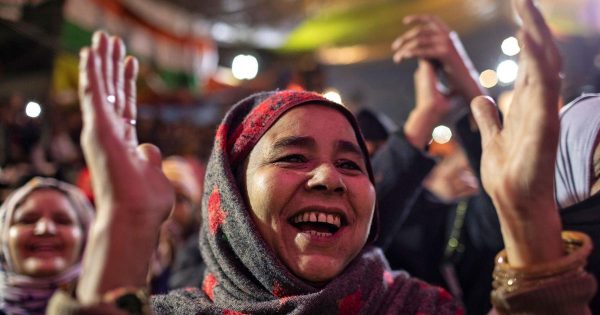 Post the outbreak of the novel coronavirus and the Delhi government’s orders on precautions for transmission and measures of social distancing, the women protestors at Shaheen Bagh are now complying with the rules and keeping a distance of at least two meters from each other, reported Siasat Daily.

The protestors who have been staging a sit-in for almost three months now are said to be maintaining cleanliness around the protest site and the dais.

Also keeping with the protocol of no more than 50 people in an area at any given time, they have decided to reduce the number of protestors at the site to less than 50. Khurshid Alam, a local associated with the protest for the last three-and-a-half months told IANS, “The women protesters have formed a group of 30-35 women to continue the protest at a time. They are using sanitizers and masks to avoid coronavirus infection.”

To “respect” the Delhi Chief Minister’s statement, the women there held two meetings to decide the further course of action, reported The Times of India. They put forth their suggestions to keep the “democratic civil disobedience movement” continuing while taking “practical” measures like closing the makeshift school to counter the pandemic.

Hena, one of the protestors said, “The decision to close the school was to ensure the safety of the children. We will have more meetings to decide our plans for the future.”

The protestors have come up with ideas like considering only one entry point which will be guarded by a volunteer with a temperature gun and putting up eight to ten stands with hand sanitizer bottles. The women have begun crowdsourcing masks too.

Another protestor shared a suggestion where she said, “We may limit the number of performances on the stage so that locals don’t crowd the area. We have also asked the men who surround the area to move further away from the site.” 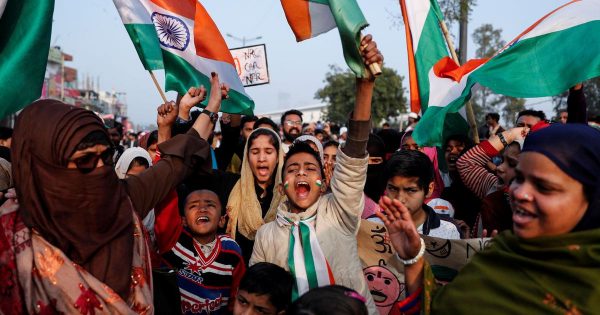 Hena also indicated that the Shaheen Bagh protest would go on, no matter what. She said, “We may come up with 4-hour shifts so that everyone can continue being a part of this movement safely. After their shift gets over, one batch can leave and another can take over. The women will listen to professionals more, so we have appealed to the medical fraternity to come and tells us what steps we can take to stay safe. Our fight can’t stop because it’s for the future of this country.”

As part of the precautionary measures, Delhi CM Arvind Kejriwal had announced that at any gathering – religious family, social, political or cultural, no more than 50 people would be allowed till March 31.

However, even after the Delhi police reached the protest site in a bid to make the protestors understand the importance of probably vacating the place for a minimum period of time, at least until the virus was contained, the protestors refused to do so and instead said they would take other measures to ensure their safety and the safety of everyone around them.

Qazi Emad, the media coordinator of the Shaheen Bagh protest had earlier said that the orders did not apply to them and they would only vacate the premises if the Supreme Court ordered them to do so.