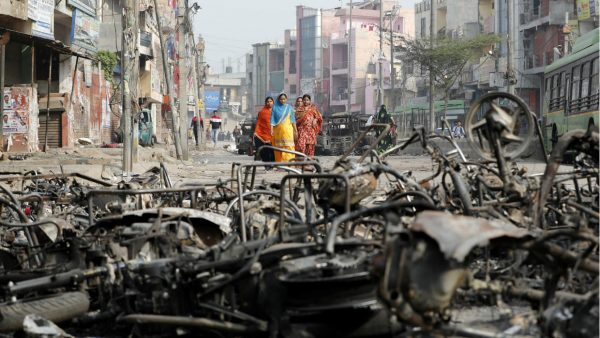 The aftermath of the communal violence in Delhi has clarified many of the questions which arose during the outbreak of violence in North-East Delhi. Upto now, 53 bodies have been found of those killed and over 500 people had suffered injuries. There was large-scale arson and damage to houses, shops and even schools.

The manner in which the post-riot situation is being handled confirms that what took place in Delhi was a premeditated plan to incite communal violence and to disrupt and divert the sustained anti-CAA protests into a Hindu-Muslim clash.

The way in which the Delhi police behaved during the riot with policemen actively conniving with the Hindu mobs to target the Muslims, or, to stand apart and not respond when these attacks took place is now being continued in the manner in which the cases of murder, arson and grievous injuries inflicted upon people, are being handled.

The parliament reassembled after a recess on March 2, but the government refused to allow a discussion in either house about the riots and the situation in Delhi. For a full week, the parliament sitting in Delhi refused to countenance the grave situation in the capital and to discuss what should be done. The government announced that a discussion will be held only after Holi. The message sent out by the Modi government to the Muslims was clear – you were taught a lesson for the opposition to CAA and you will not get any justice for the crimes perpetrated against you.

Finally, when the Lok Sabha discussed the matter on March 11, home minister Amit Shah claimed there was a conspiracy and pre-planning behind the violence and went on to allege that the opposition and anti-CAA protesters were behind it.

The government wanted to avoid any exposure of its role and culpability in the Delhi violence. The police in Delhi set a shameful example because it is directly under the home ministry. The home minister, Amit Shah, did not give any direction to stamp out the violence firmly. Looking back, it is evident that from February 24 onwards, Hindu mobs were given licence to wreak havoc against the minority community and their properties. Prior to this, there had been some retaliatory attacks by Muslims in certain pockets. But what unfolded subsequently was a pogrom directed against Muslims which had police connivance. 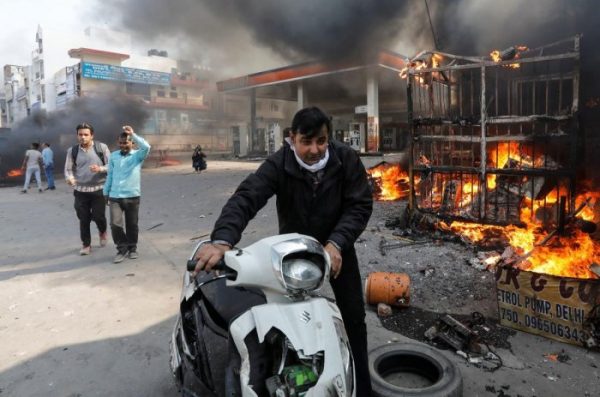 Though there are a number of videos showing policemen aiding and abetting the rioters, not a single policeman has been held accountable so far. A video shows in chilling detail how policemen tortured five injured Muslim youths and made them sing the national anthem. One of the young man, Faizan, was released from police custody only when he was sinking; he died of his injuries at home. Yet, no case of torture and murder has been lodged and the police have denied that he was ever in police custody.

With not a single policeman being charged for illegal acts, the victims of the violence have no confidence in the two Special Investigation Teams (SITs) which were formed to investigate the violence in North-East Delhi.

The violence that broke out in North-East Delhi was preceded by a vicious hate campaign which was conducted by BJP leaders during the assembly election campaign. Incendiary speeches and incitement of violence against the anti-CAA protestors in Shaheen Bagh and other centres in Delhi took place without the police taking any action.

Having failed to earn electoral dividends, the BJP-RSS Hindutva forces unleashed the mobs to stoke communal clashes. That this was a planned attack becomes clear from the huge amount of stones and bricks which were amassed at key points and the mobilisation of anti-social groups equipped with guns. Gangs were brought in from outside the area. It is no coincidence that out of the eight BJP MLAs elected to the Delhi assembly, five belong to the North-East area where the violence broke out.

It is this handiwork of engineered violence which is sought to be covered up in the aftermath. The Delhi police steadfastly refuses to proceed against BJP leaders who had made hate speeches and raised incendiary slogans. The last being the speech of Kapil Mishra threatening to remove all the protestors with a Deputy Commissioner of Police looking on. The Delhi police has gone on record in court that calling for shooting the traitors (gaddaron) is not targeted at any community and, therefore, it is not hate speech.

According to Amit Shah’s statement in the Lok Sabha the police have filed more than 700 FIRs and made 2,647 arrests so far. But the details of those who are arrested are not known. Section 41 C of the CrPC sets out that the lists of those arrested must be displayed at the police stations and a consolidated list be put out by the state control room. But this has not been done. Though 70 per cent of those killed belong to the minority community, reports show that mostly Muslims have been arrested in cases where FIRs have been lodged. 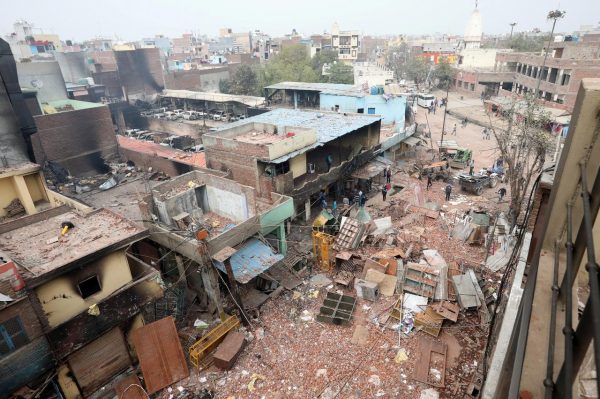 The developments in the wake of the violence also show how the higher judiciary is being obstructed or being pressurised not to act. The decisive step taken by Justice S Muralidhar of the Delhi High Court to render aid to those injured in the riots led to his abrupt transfer. The issue of hate speeches which he had taken up is being sought to be postponed through delaying the judicial process. The Supreme Court has, once again, shown its sensitivity to the demands of the executive instead of intervening decisively to protect the life and liberty of citizens.

It will be unfair to accuse the AAP government of dereliction of duty in tackling the violence as police and law and order are not under its jurisdiction. The failure of Arvind Kejriwal lies elsewhere – in his shying away from providing political leadership and coming out strongly against the communal hate-mongers.

The Delhi violence has exposed the reality of New India – a communalised police, compromised institutions and the blatant anti-Muslim stance of the executive.

In the given situation, the primary effort must be to see that those responsible for the communal violence are brought to book. For this, a court-monitored investigation is necessary. A judicial probe will not serve the purpose as it will be time consuming and will have no executive powers. A court-monitored investigation, which is conducted transparently, can restore some credibility to the justice system.

First published in The Citizen.
Prakash Karat is Politburo Member, CPI(M). He is based in New Delhi.