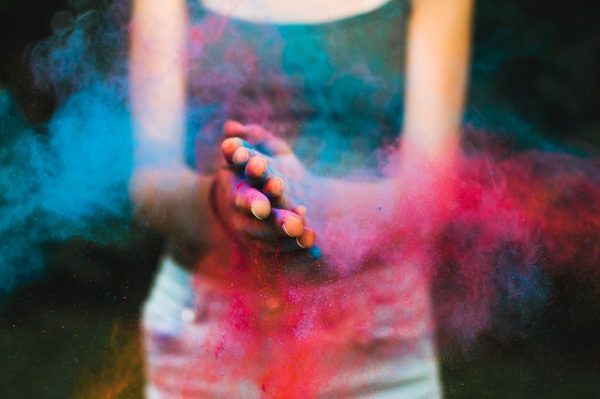 It could not have been more aggressive and truculent message by Hindutva honchos on the eve of the colourful Holi festival – music videos emerged on TikTok where a man is chasing a burqa-clad woman to smear colour on her face, or singing songs asking them to press colour on women with names like Rubina or Sabina.

In this open call for harassment and attack, the videos bring out typical misogyny and prejudice, and celebrate inappropriate advances and predatory sex, with the added new touch of communal prejudice. The videos have gone viral with the most obscene retorts, even as Muslim women have called them out for the inherent sexual violence.

As Farina Faisal, who first alerted the trend on social media, wrote in her Facebook post: “Right wing Indian Hindus with rape fantasies about Muslim women. Right wing Hindutva fascists like these have a long history of weaponizing rape against Muslim women in India and Kashmir. This is their core ideology ….”

The videos are even more noxious coming on the heels of the deadly anti-Muslim violence that broke out in Delhi last fortnight. The provocation being the dozens of anti-NRC (National Register of Citizens) and CAA (Citizenship Amendment Act) protests that have erupted all over the country, led by doughty Muslim women, which sprang from the first protest in Shaheen Bagh, in Delhi.

The call for smashing the protests have come from the highest command of the ruling Bharatiya Janata Party (BJP), with Home Minister Amit Shah leading the hate speech brigade, followed by Union ministers, members of Parliament, BJP chief ministers and sundry party leaders, even using the fear of rape as a campaign message in the just concluded Delhi state elections.

These deathly calls have resulted in sporadic violence from Uttar Pradesh to Maharashtra, and the violence that took 50 and more lives in Delhi, injuring 300 men and children, displacing families, and still counting the dead.

The Rashtriya Swayamsevak Sangh-BJP and its hydra-headed Sangh Parivar have often used imagery of sexual violence in its attacks against communists, liberals, minorities and others. From the RSS’ disdain for independent, working women who, according to them, sully the cultural image of the cloying, obedient Bharatiya Nari (Indian daughter, mother, sister, wife) to Prime Minister Narendra Modi’s own invectives against women, from calling his opponent Rahul Gandhi a’ hybrid calf’ from a ‘Jersey Cow’, his mother Sonia Gandhi; attacking Shashi Tharoor’s late wife Sunanda Pushkar as his ‘Rs 50 crore girlfriend’, to referring to the Congress party as a 150-year-old “budhiya’ (old lady). All this, while Modi bares his self-claimed 56-inch chest. 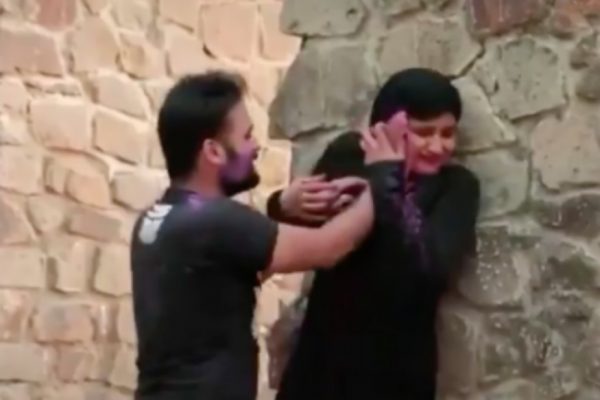 A snippet from the TikTok video | News18.com

But even worse than the toxic masculinity the RSS-BJP and Sangh affiliates spew, is their nonchalance and unconcern for sexual crimes, committed by their own members. Even as reports trickle in about the molestation and violation of women victims in the Delhi violence of 2020, or after the brazen sexual attacks of girl students in Gargi College in early February, in the city, by men allegedly chanting ‘Jai Shri Ram’; the Modi government’s disregard for a proper police investigation is legion.

Every time a BJP leader has been charged with a sexual crime, from rape to sexual violence to assault, the party has seemed unwilling to act with a ‘zero tolerance’ approach. In some cases, the party and its supporters have even come to the defence of rape accused.

The list bristles with many notables: Haryana's Independent winner from Sirsa, Gopal Kanda, accused of rape, sexual harassment and the suicide of his former employee Geetika Sharma, six years ago, was invited by the BJP to help form the government as it was short of a majority, but was dumped when the party got the support of Dushyant Chautala and his party.

Former central minister MJ Akbar was forced to resign after allegations of inappropriate behaviour from harassment to molestation; the Goa state BJP welcomed MLA Babush Monseratte, standing trial for rape of a minor girl, into the party and government. The BJP expelled Unnao MLA Kuldeep Sengar only after a national media uproar over charges of rape, murder, attempt to murder that were slapped on him.

When a young student accused 72-year-old Chinmayanand of rape for over a year, he was only booked after a media outcry, but on a lesser charge than rape. This was not the first time  Chinmayanand  has been accused of rape. But thanks to his proximity with Uttar Pradesh Chief Minister Yogi Adityanath, he had managed to slither out of earlier charges.

The most stark example, perhaps, is that of the gut-wrenching Kathua rape and murder of an eight-year-old girl in the erstwhile state of Jammu and Kashmir. While the accused in the case were not members of the saffron party, the Sangh-affiliated organisations took out massive processions to protest the arrest of the rapists, and two BJP ministers of the state even participated in a march in support of the accused. They were forced to resign only after a national uproar over the incident.

The Association for Democratic Reforms (ADR) lists the BJP as not just giving the highest number of candidates (47) with declared cases of crimes against women; but also having the most number of MPs and MLAs (12) with criminal cases of rape against them. 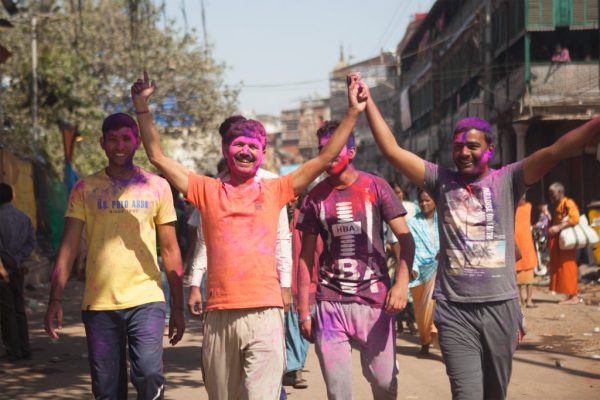 It is important to recall that for the first time in communal history post-Independence, the 2002 Gujarat riots were marked by the shockingly high incidence of sexual attacks in many parts of the state. It's also a matter of record at the time that the criminal justice system in Gujarat failed the rape survivors going by the acquittal of many of the perpetrators of the crime. However, it is also the first time that a rape survivor, Bilkis Bano, won a criminal suit against her attackers, even got a conviction which came out of meticulous investigation by the CBI and a fair court trial, and was compensated by the state for her horrific ordeal.

The sting operation conducted by the now-defunct news magazine, Tehelka, confirms the rampant use of sexual violence in Muslim neighbourhoods during the riots. Rashtriya Swayamsevak Sangh and Vishwa Hindu Parishad leaders could be heard saying they encouraged sexual attacks on Muslim women during the Gujarat riots and in the video. Bajrang Dal leader, Babu Bajrangi, one of the main instigators of the Naroda Patiya massacre, is even heard boasting how he had raped Muslim women in front of his wife.

The Muzaffarnagar riots of 2013, had erupted in the backdrop of the RSS-BJP-VHP's campaign of Love Jihad, a movement to save Hindu girls ostensibly "lured" by Muslim men, which killed over 60 people and displaced hundreds of families, mainly Muslims, who were forced to flee, hounded by Hindu Jat neighbours. Violence and riots erupted as BJP leaders distributed CDs of two brothers being killed trying to save their Hindu sister – which later turned out to be fake – and also made inflammatory and hate speeches. BJP leaders like Sangeet Som, Suresh Rana and Bhartendu Singh, were all booked for inciting riots but were let off by the district court.

Not surprisingly, at least seven women came forward to file complaints of rape and sexual violence, despite stories of dozens of sexual assault by independent fact-finding teams, but they are still awaiting justice because of complete apathy by the state machinery. 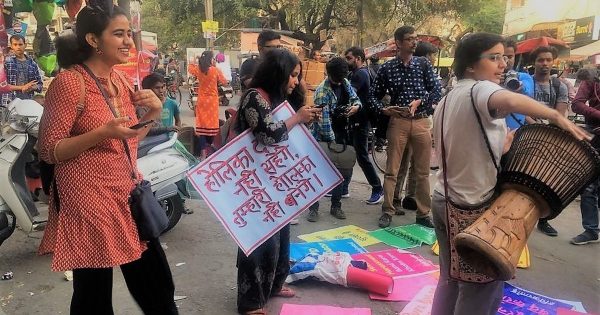 But the BJP and the Sangh Parivar have also used evidence of indiscretion, for flouting the Sangh’s rule of enforced chastity and self-restraint, whether real or fake, to slay rivals who are on the rise to stardom in the party. For instance, the BJP’s once powerful general secretary has seen his fortunes swing after the emergence of an alleged scandalous tape two years ago.

In February 2018, on the eve of elections to Nagaland, a news portal claimed to possess evidence of the leader being caught en flagrante delicto in a hotel room by NSCN (National Socialist Council of Nagaland) rebels who barged into his room. They threatened to release the video if the Assembly elections were not cancelled. That there was malicious intent was proven when the portal was shut down, though the BJP strangely accused the portal for creating “communal tensions.”

Ironically, the BJP did not hesitate to induct the late ND Tiwari into the party despite a genuine tape that had emerged when he was governor, at the age of 83 years, and he was forced to resign from the Congress party.

The most fatal were the whispers of an alleged affair between then powerful party general-secretary K Govindacharya, and once acclaimed sanyasin and BJP leader, Uma Bharati. Both these leaders were on a meteoric rise in BJP until rumours began to swirl about a “torrid affair” between the two, so much so that Bharti reportedly even attempted suicide, and blamed then Madhya Pradesh chief minister and powerful BJP leader, Sunderlal Patwa, as the source of the gossip. A series of events later, Govindacharya opted to take a two-year study leave, and Bharti fell fuming on the sidelines.

Later, both Govindacharya and Uma Bharti candidly admitted on separate occasions that they were in love and the former had proposed to her. They reportedly continue to meet each other till today.

But sting tapes came to get yet another powerful party general-secretary, Sanjay Joshi, an influential, budding RSS pracharak and mechanical engineer, who was asked to take over Gujarat in the 80s, and soon, was working alongside another budding Gujarat leader, Prime Minister Narendra Modi. But they soon fell out as Joshi was close to both Modi’s adversaries in the state, Keshubhai Patel and Haren Pandya. Not surprisingly, Joshi’s unnamed rivals struck when in 2005, a sleaze CD of Joshi was leaked to the media, during the BJP’s anniversary celebrations in Mumbai. After much consternation and embarrassment, Joshi was recalled by his RSS masters who underline the emphasis of celibacy among pracharaks, and he soon resigned from both BJP and RSS. Later, the CD was found to be doctored, but Joshi faded out of public life.

Unfortunately, toxic masculinity has now been mainstreamed with the Modi Government in power today.