Delhi: Is justice being done for victims of communal carnage? 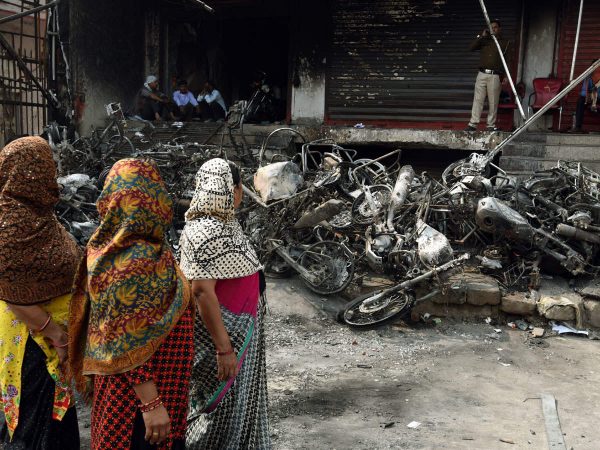 The brutal and chilling communal carnage that swept through Northeast Delhi on February 23-26 has left at least 53 people dead, over 200 injured as per latest reports, and hundreds of homes, shops, vehicles and even some schools and religious places burnt or destroyed. As per last reports, of the 48 deceased persons identified, 39 were Muslims and nine Hindus. Among the injured, members of both communities have suffered.

After the police and higher ups in the Union Home Ministry swung into action on February 26, two Special Investigation Teams (SITs) were set up to carry out investigations and take legal action. Under their directions, police have registered some 690 cases and arrested or detained 2,193 persons, as of March 7. Meanwhile, Delhi’s AAP government has set up relief camps and ordered a two-day drive for verification of losses claimed by victims, to ensure compensation.

This is the official summary of the events. But it doesn’t take much effort to investigate under this anodyne surface and find out a reality that is – sadly – far more bitter and fraught with danger. Let’s look at some of it.

On February 26, the Supreme Court had pulled up the Delhi Police for not filing FIRs against BJP leaders who had given incendiary speeches that helped fan communal flames. Yet, the very next day, police were allowed four weeks to consider the matter after the solicitor general argued that the situation was “not conducive” for such action. Later, the apex court decided in other petitions that the Delhi High Court should speedily hear cases related to the violence and even release of details of FIRs and enquiry into violence. This because the HC had set the date for the next hearing – April 13! Now the HC is going to hear these pleas on March 12. As a former Supreme Court justice recently commented, “had the judiciary been proactive, lives lost in the recent Delhi violence could have been saved”.

On the first day, when two large groups of people from both the communities clashed, and the sites where women were protesting against the citizenship law were attacked by BJP-led people, the police remained a bystander. Later revelations show that there were sufficient intelligence reports that things were going to turn violent and over 13,000 phone calls made to the police in those four days. Yet, there was no guidance from higher ups.

Subsequently, the police have been video recorded while actually helping out the violent mobs that went on a murderous spree, attacking minority community homes, shops and other places. Numerous video recordings have emerged, many duly authenticated.

There is a larger question: why was the police or other security forces not deployed speedily enough? This was the responsibility of the Home Ministry, under Amit Shah. This is the question that is behind the sense of deep mistrust and insecurity being felt by the minority community. They have felt that the BJP is hostile to them, as was evident from the hate speeches in the Delhi election campaign, and from a host of policies adopted by the Modi government, including the discriminatory citizenship law. This alienation has increased by many times in the wake of the communal carnage. This may also push sections of the community into the shelter of minority fanaticism, it is feared.

The two SITs are headed by police officers who already suffer from a taint of being partisan towards the government. One was leading the enquiry on the violence in Jamia in December where police entered the campus and beat students indiscriminately. Nothing much has come from it and the chargesheet filed says police entered to safeguard the students! The other head of SIT was looking into the invasion of JNU by an armed gang of alleged ABVP members, the student wing of RSS. There too nothing came out despite videographed evidence.

Indications of the bias in investigations are many. Although Section 41C of the Criminal Procedure Code mandates the police to display the names of the arrested persons on notice boards at the control rooms, this has not been done. A petition seeking direction on this has been filed by CPI(M) leader Brinda Karat in the High Court. This lapse – or deliberate omission, as many believe – has led to complete information blackout on who is being picked up by the police and on what charges. It is also not known what kind of charges are being imputed. Results of investigations with those arrested or detained are not known. It is yet again nurturing division among communities as suspicion of bias and victimisation is rampant, in the absence of information. In fact, the egregious blackout on legally mandated information about charges and names is itself the root of all suspicions, coming as it does in the wake of police’s biased role earlier.

The hospitals where most victims are being treated, or bodies are kept, have become overwhelmed. The process of conducting post mortems is painfully inching along, delaying the release of bodies to the relatives. People are running from pillar to post filling up forms and handling various glitches. Some care and duty towards the bereaved or others accompanying injured people would have been the first step towards building bridges.

The central government has not yet given one paisa worth of assistance to the Delhi government for relief work. In fact, the Modi government is simply keeping silent about the whole post-carnage situation, not a word of assurance or solace to the affected. Local BJP leaders have been visiting only members of one community, in the main. Amit Shah has framed the carnage as having been engineered by opposition parties, while speaking at a rally in distant Odisha. Needless to say that there has been no condemnation of hate speeches that contributed to this carnage.

The relief work done by the state government too has shown signs of insensitivity. Camps were set up away from the minority community localities. This led to most of them lying vacant while most victims congregated at the Idgah maidan. Conditions in such camps have remained pitiable although more than 10 days have passed since the carnage. Victims from both communities say that the whole exercise is shackled by bureaucracy.

In localities, there are innumerable instances of people from different communities helping each other. They protected families or their possessions during those dark days, and they continue to provide help now. Such harmony and love for each other is what keeps alive the trust of people. Otherwise, the rulers and their instruments of power are becoming more and more suspect in the eyes of people.