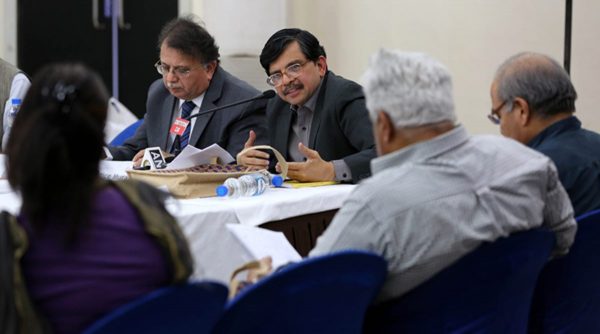 When Justice S Muralidhar was recently transferred from the Delhi High Court, there was an unprecedented turnout of lawyers for his farewell organised by the bar, which had also condemned the manner in which he was transferred at midnight. In the course of his farewell talk, he said, "When justice has to triumph, it will triumph…"

Justice Muralidhar is known to be one of the most upright, courageous and conscientious judges in India’s post-Independence judicial history. In creating the new republic, events such as these — his fearless position on the Delhi riots and the support he got for it—and individuals like him, who withstand the onslaught of power, mark the difference between fear and respect.

Justice Muralidhar has not just followed the rule of law, but established a public principle that demonstrates the need for self-respect as foundational to modern democracy.

Gandhi had argued that being prepared to suffer can alone establish the “purity” of intention and a preparedness to follow the dictates of one’s conscience.

In holding up such abstract and invisible, but strongly-felt experiential principles, we invoke and produce a public that is prepared to be self-reflective and question power when it breaches the protocols of honesty, integrity and basic civility. But this is a very delicate, tenuous, and fragile process in social terms, which can be brought down with the use of force or instigated violence and by breeding suspicion.

Fear, in contrast, invites a justification for violating these norms. It lays the foundation to partake in a process that wishes to control and dominate those who differ. Fear is a necessary corollary of obedience, power, authority and violence. Fear and respect can seldom coexist.

Where, then, does consent for fear come from? It can have many sources including the most potent—absence of self-respect. Those who lack a sense of self-respect and have moved beyond the limits imposed by it relate to the collectives around them differently. Lack of self-respect is also a potent source of violence. It makes human beings potentially vulnerable and supple to the manipulative idea that in order to fight a situation one might have to compromise and bury one’s conscience. 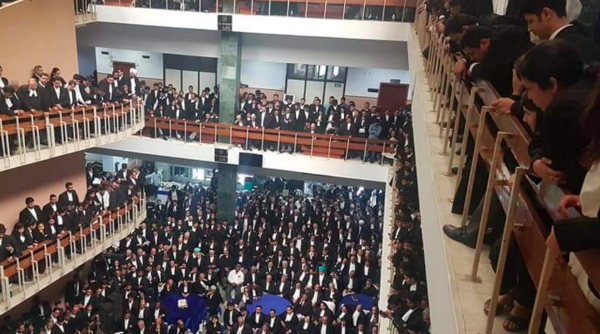 The death of conscience becomes a mode of compensating for feeling insulted, which in turn is follows from lacking in self-respect.

Indian society, due to various factors including caste, has weak foundations of a shared ethos of self-respect and self-confidence. The unevenness of social locations and the mismatch between them has produced a confused subjectivity that often borders on self-hatred.

The stark contrast between social perceptions of one’s positionality and the self-perception of one’s own reality is perhaps strongest in India. Almost every social collective, and thereby every individual, is vulnerable to this dastardly violent process of socialisation. One can think of any number of examples: such as a “poor Brahmin” who is socially privileged, but economically prone to routine insult and insinuation. A “mobile OBC” who is socialised into a life of indignity and finds it difficult to make the most of new-found opportunities or expand the space for rights to civil and equal treatment. An “upper-caste woman” who enjoys a degree of fair treatment in public, dignity and favourable social valuation, but who is, in contrast, treated as a “lesser being” in her private familial life or even in anonymous public interactions that are marked by molestation or invasions of her privacy.

Such quotidian modes of unevenness end up creating a lack of clarity, complexity of purpose and confused relations towards others. One is constantly jostling between laying claim to superiority or a lost glory while warding off insult and humiliation. While insult feels unfair, claims to superiority or equal treatment feel unconvincing. The insecurity that is created by such an unstable valuation of one’s ‘moral worth’ is painful, and can find resolution only in claims that are made with force and violence, which gives it the appearance of stability and can feel permanent or lasting.

Generating fear and the use of force can be one mode through which those who accrue the power to impose fear gain a demonstrative and visible sense of respect. But for the rest fear and force can only be compensated for in pretence, by creating an imagined reality.

In such a situation, actively humiliating others and pulling them down can be a routinised mode of accruing a ‘sense of self’.

What happened with Justice Muralidhar is this kind of an insidious attempt to short-change him of the dignity and reputation that he has rightfully earned through his personal commitment and probity in public life.

The questions individuals such as Justice S Muralidhar raise for the rest of us is where does such deep concern for self-respect and courage of conviction come from? This is a process that is, in part, social, but it is also in many ways deeply personal and mark an individual journey. Can it be replicated by others in viewing them as ‘moral exemplars’ or does it manage to create only a sense of guilt, but not necessarily preparedness to emulate him. Could he avoid the routinised process that has produced ‘damaged subjects’ in India’s public sphere due to his privileged background and protected upbringing? But not all those who share his social privileges stand testimony to this.

First published in Newsclick.
The author is an associate professor at the Centre for Political Studies, JNU. Views are personal.