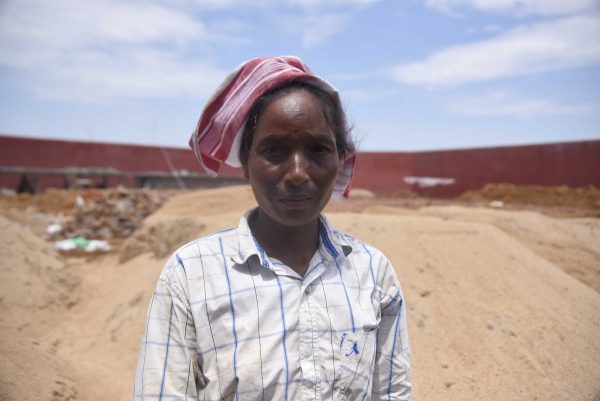 Sarojini Hajong, a labourer whose name is excluded from the final list of the NRC poses for a picture at the under-construction detention centre (Reuters)

Before the Delhi elections, Prime Minister Narendra Modi had declared at the Ram Lila grounds that there were no detention centres in the country, in the context of nation-wide protests against the Citizenship Amendment Act (CAA) and the National Register of Citizens (NRC). However, there are media reports of temporary detention centres being run within various prisons of Assam, as well as of an independent, permanent one being constructed in Assam's Goalpara. When this writer, along with Medha Patkar, met activist Akhil Gogoi in Guwahati prison on 19 February, we had seen the names of seven “foreigners” mentioned on a notice board there. To verify the claims made by the Prime Minister, a Yatra was then organised from Rajghat in Delhi to Matia in Gwalpara, Bihar in the last week of February. At the end of the Yatra, a human chain was formed outside the detention centre under construction.

How big is it a crime to not be able to prove one's citizenship that one is put in jail? For how long will one be put in jail for this? Obviously for not more than a “life term”. Since “life term” itself is not for one’s entire life, what will happen to the “foreigner’s” citizenship status once they  have completed their term in jail, and those who cannot be deported for whatever reason? The question of what will happen to a Hindu, Sikh, Christian, Buddhist, Jain and Parsi, covered for granting citizenship under the CAA, but unable to prove that they came from Bangladesh, Pakistan or Afghanistan prior to 2014, is also unclear. It doesn't appear that much thought has gone into all the aspects of this extremely complicated issue, to which there was a simple solution – grant work-permit without right to vote to all “illegal” immigrants, if they desired it. 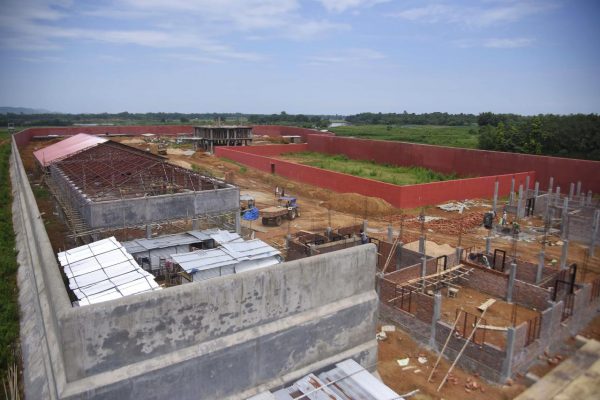 The detention centre that's under construction at Assam's Goalpara (Reuters)

The Delhi-Assam Yatra was organised by Khudai Khidmatgar, the National Alliance of People's Movements (NAPM), Justice Forum, Assam, and the Socialist Party (India), with 18 yatris from eight different states of India. The Yatra started from Rajghaton 23 February, but was stopped by the Uttar Pradesh police as soon as it enteredAligarh border. The UP administration did not allow it to go through Aligarh or Mathura at first. Finally, on the condition that the Yatra would not hold any meetings on its  way to Bihar, we were allowed to proceed to Kanpur and by next night, it had already crossed the Bihar border from Chandauli into Rohtas. In Kanpur, the local hosts were pressured by the police to not let the Yatra stay overnight and the yatris were kept under strict police vigil in almost a detention-like condition. In fact, the driver of the bus was taken away to the police station. The Yatra was not allowed to take a stop in Nagpur, a village adopted by Narendra Modi within his parliamentary constituency.

The Yatra went smoothly in Bihar, visiting protest sites at Patna, Lakhminia, Jalkoura, two meetings in Begusarai, Narayanpur, and Kharik in Bhagalpur, each. In West Bengal, the police stopped the Yatra at Samuktala in Alipurduar, but upon arguing with the police that the WB Assembly had passed a resolution against CAA-NRC, they allowed it to proceed to the Assam border. 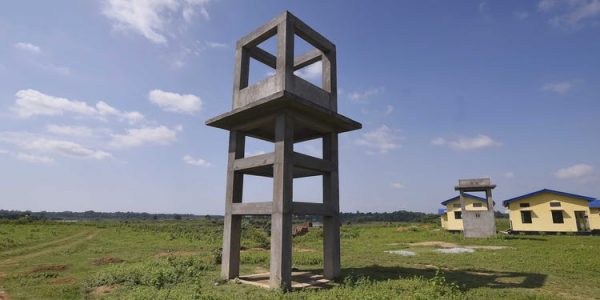 At the Srirampur border, there was heavy police presence along with paramilitary. The media too was present on both the sides – Alipurduar and Kokrajhar of the WB-Assam border. We were informed that Section 144 of Cr.P.C. was in place in all the three Assam districts – Kokrajhar, Dhubri and Goalpara – that we would have to go back. Interestingly at that point, contrary to the PM's statement, the District Collector of Goalpara, in his official order prohibiting the formation of a human chain there, admitted that there was indeed a “Detention Centre (Under Construction)” in Assam’s Matia. In response to this, the Yatra demanded that in order to prove the PM right, the detention centre(s) under construction at Goalpara and elsewhere in the country should be converted into schools or hospitals.

The yatris were fighting for their fundamental right to freedom of expression, free movement within one’s country, and peaceful assembly. The administration and government in Assam, however, had also made up their mind to not let the Yatra enter Assam. The yatris did not have an option, but to court arrest for violation of Section 144. Later in the day, they were released. In spite of all this, the activists who were a part of the Yatra have decided that they will soon visit the detention centre in Matia with the help of a court order, if possible. While the sentiment of the indigenous people of Assam has to be respected, detention centres are not the answer if some are unable to prove their citizenship status. Instead, the government of India must move the Bengali speaking population in Assam to the other states of India, if it is resulting in a pressure on resources, especially land, in Assam, to make Assam’s indigenous people feel secure.