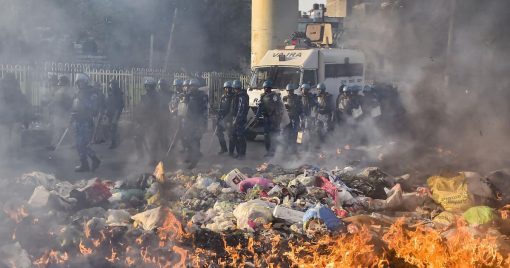 1. There is a fragile calm, marked by a deep sense of fear and insecurity. Fearful of more attacks, families are leaving with whatever the looters had left behind. Almost all economic activity is at a standstill. Curfews are imposed after 06:00 pm every day.

2. The burnt buildings (houses, schools, places of worship, shops etc.) and vehicles were not contiguous, which suggests that the rioting was not indiscriminate but targeted. Understand this- places and vehicles were carefully selected, which indicates prior planning and preparation. 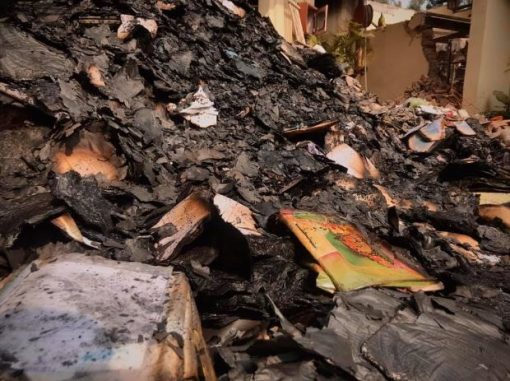 3. Attackers wore helmets whilst methodically ransacking and burning houses. But they haven’t just targeted Muslim properties and vehicles. They also torched a few Hindu, and Sikh places/vehicles. Why? They did this to convey two main messages in the neighbouring areas, and to India at large. One, to foment the impression that Hindus and Muslims live in constant communal enmity. Two, that it is this pre-existing communal hatred that has led to violence between those living within the affected areas. These two messages are to instigate the majority communities to “rise up against the infiltrators within India” (heard these from quite a few people on the ground). These have been amplified by a pliant media and through social media. This is clearly being done purposely to vitiate the atmosphere. Why?

4. Many bricks were strewn about the affected areas, which had been deliberately cut into palm sized pieces. Similarly, the Khajuri Khas canal had many discarded bottles and pouches, which reportedly contained petrol and acid. 1000s of matchsticks were lying around, whose tips were grounded off. Reportedly, they were used to create hand made explosives. In Shiv Puri, there was still the smell of something burning.

5. Normal life is still disrupted. The roads are a mess, and garbage is strewn about everywhere (presumably because municipal services have been suspended). Consequently, rations, other essential goods and medicines are inaccessible. The affected population is largely dependent on outside support. This is not to say that some essentials are not available there, but they’re exorbitantly priced. Citizen groups are tirelessly bringing food, medicines and other essentials. Many have been also consoling and offering solidarity to victims and affected people. Hats off to their courage and compassion. 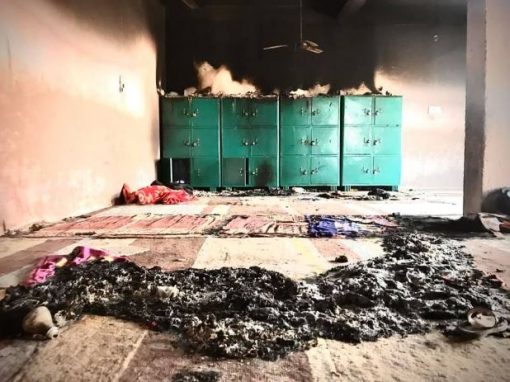 7. Affected families are angry that the state government has not set up any relief centres to temporarily accommodate victims and is instead forcing them into pre-existing Rain Baseras (Cyclone Shelters). These don’t have adequate facilities and are unable to house all the affected. Furthermore, this is leading to the homeless being shunted out on the streets. Can’t understand why the Delhi government has abdicated its responsibilities.

8. The most saddening thing in this horrible episode is that schools, madrasas, textbooks, and the original documents/certificates of students were burnt. Their records and books were stacked deliberately and destroyed by rioters. Why would anyone do this? I’m honestly at a loss to understand this. Children in the affected areas are obviously traumatised and unsure of their future.

9. People are furious at the Aam Aadmi Party‘s studied inaction and indifference. Reportedly, some elected legislators and ministers ignored desperate pleas from the victims and their lawyers. 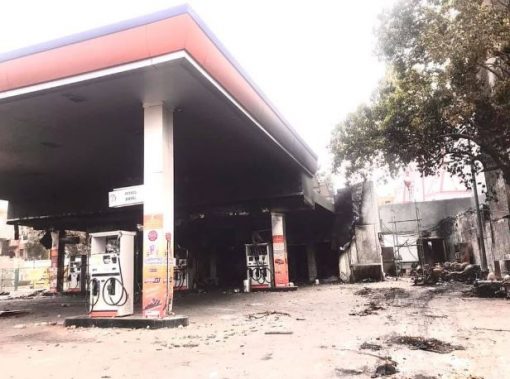 10. Many many people, and across community lines, said that they strongly suspected that the BJP had engineered the violence to instil fear amongst people. People were repeatedly trying to distance themselves from the rioters. In one such conversation, I was quietly listening to a young Muslim man who was first quoting Gandhi ji to argue that ahimsa was integral to Hinduism, and then agitatedly asking me whether all Hindus hated Muslims as much as those rioters. A group of three or four men just waded into the conversation at this point. At least one of them was Hindu (I noticed he had an Om tattooed on his arm, and caught myself wondering at the kind of things we start noticing because of the situation we find ourselves in). He talked about how he went to school, played and grew up with that Muslim man. He kept saying that he was feeling utterly helpless about what’s happened. But he mentioned some instances of Hindus sheltering their Muslim neighbours during the riots. And then, out of the blue, he said that they were deeply ashamed that people were targeting their friends just because they were Muslims. That’s when he started choking up a little, clearly overcome with emotion. I think everyone was visibly upset by this point. It was then that the Muslim man just reached out and silently held this man’s hand for a moment or two. It wasn’t much, and maybe I was just very affected by whatever I had seen the whole day, but that simple gesture was intensely moving and reaffirming. 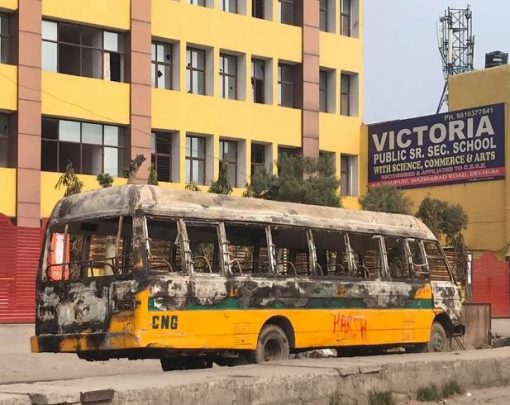 I haven’t yet been able to properly process everything I saw and heard. I also won’t write about the countless harrowing stories of dead bodies and injured friends/loved ones that frankly just overwhelmed me. But despite all the hatred and darkness, I am deeply moved at just how much goodness we can be capable of. Whether it’s those two men, or the countless people who’re going out of their way to help strangers, or the doctors who’re working non-stop, or the journalists who were bravely documenting whatever they could, everyone was doing the best they could. They were all making a difference.