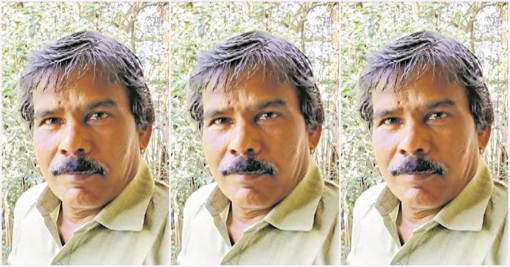 Poet Neelba Khandekar’s recent book has been rejected by the Goa state government-run Konkani Akademi citing “obscenity” and “objectionability”. The 61 year old Sahitya Akademi Award winner has said that his poetry collection titled The Words was taken off of the Goa Konkani Akademi’s list of books to be officially circulated. The words the state-run Akademi found objectionable are “yoni” and “thann” — words that respectively mean “vagina” and “breasts” in Konkani — from one of the poems in the anthology.

The poem, “Gangrape”, which won Khandekar the Sahitya Akademi award last year, is his response to the rising incidents of violence against women in the country, which the Akademi jury had praised as “the strongest piece of work.” This incident is eerily similar to the 2002 episode in Tamil Nadu, when feminist poet Kutti Revathi’s poem “Mulaigal” (breasts) evoked a storm of protests by those who considered themselves the guardians of “Tamil honour” and “culture”. The attitude of the Goan state government towards Khandekar’s poem once again exposes how uncomfortable the State, and particularly the Sangh, get when discussions centred around the female body and the issues it faces, lie outside patriarchal, androcentric constructions of what is profane and what isn’t. When Kutti Revathi, along with three other Tamil feminist poets Salma, Sukirtharani and Malathi Maithri, brought out poetry about their own bodies, they were finding space and almost reclaiming the male-dominated Tamil literary space. Their poems too were accused of “objectionability” and “vulgarity”.

The three-member committee set up by the Goa Konkani Akademi had chosen the book for official circulation in 2018, along with 63 others. Subsequently, an order was placed for the purchase of around 90 copies of the same. However, it was eventually withdrawn by the Executive Committee of the Akademi. Khandekar has so far filed four Right to Information (RTI) applications to the Goa Konkani Akademi themselves and to the Directorate of Official Language, to know why his poetry was offensive. The poet also says this act by the state Akademi not only makes poetry but Konkani language itself vulnerable to “bureaucratic interventions” on what words can be used and what cannot be.

Speaking to the Indian Cultural Forum about Khandekar’s poem, Konkani novelist and critic Damodar Mauzo said, “Neelba Khandekar hits hard at the hypocrisy in society as he criticises the the brutal sexism of men. In the poem, he reproachfully denounces the episodes of gang rape and the agonising delays in judicial procedures that adds to the misery of the victims. Exposing the mindset of rapists, for whom the prey can be anything from an aged woman to a child, the anguished poet says, ‘…it doesn't matter if two breasts are lacking; but a vagina is a must.’” Condemning the act of the state government, Mauzo added, “Instead of noticing the poet's expression of the torment, some half-baked decision makers saw the content as obscene and hence objectionable. It is unfortunate that some have their own parameters to judge the profanity and virtuosity in literature, and expect writers to fall in line. This is unacceptable.”

Another Goan writer and Padma Shri awardee Maria Aurora Couto responded to the issue by calling out the state Akademi's limited vision. Speaking to us, she said, “The decision of the Goa Konkani Akademi to refuse to buy the book or even send copies to school as it customary, reveals a conservative point of view which runs counter to the liberal culture and ethos of Goa”. Couto added, “It is heartening that women, both readers and writers, have objected [to this], making the point that literature extends our perception using language appropriate to our experience. To argue that the book should not fall into the hands of children exposes a limited vision and understanding of contemporary experience.”

Only one of the RTI applications filed by Khandekar has been responded to so far. It confirms that there is no record of any official objection received by the Goan Konkani Akademi, regarding the poem. This, however, is in contradiction to what Sneha Morajkar, the then acting President of the Executive Committee, had said about the rejection having been a collective decision of the Committee.

Read More
We Shall See: A transcreation of Faiz Ahmed Faiz’s “Hum Dekhenge”
The CAA and the Surveillance State
Vekuvai Vastamu!