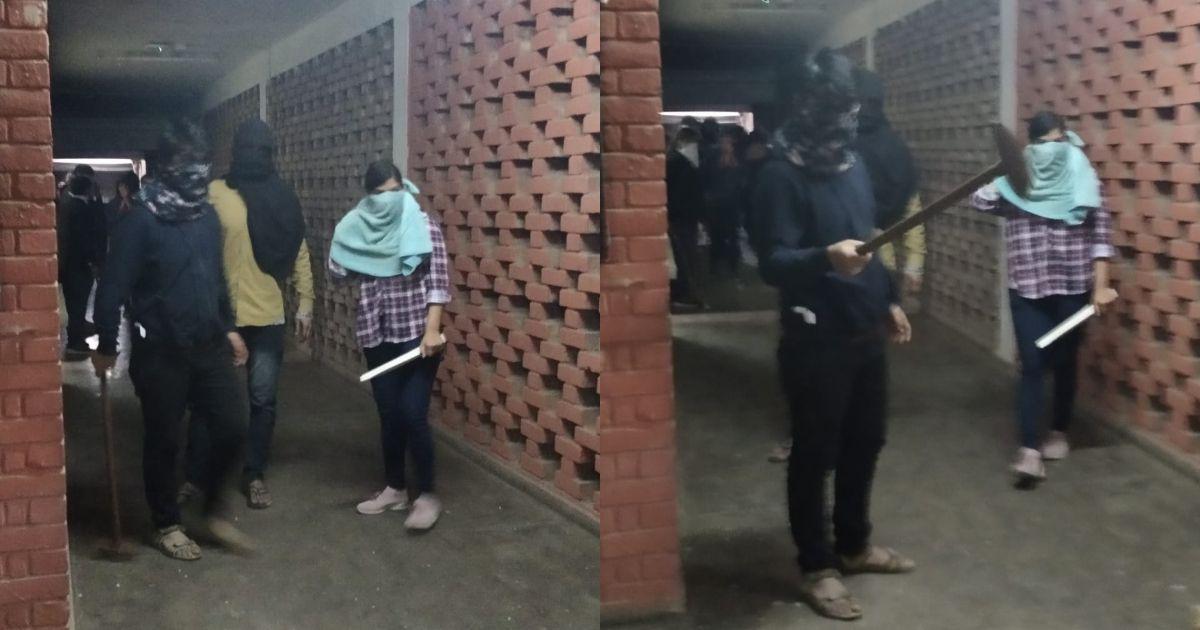 The All India Democratic Women’s Association (AIDWA) strongly denounces the heinous attack on students and teachers, including girls and women, by masked armed thugs in the JNU campus yesterday. That these thugs entered the campus without any hindrance points to the fact that it was a pre-planned attack. The connivance of the police, university security staff and administration with the Sangh Parivar affiliated ABVP and the armed thugs of the RSS-BJP-Bajrang Dal is extremely shocking.

This barbarity unleashed on the students and teachers has left many of them seriously injured, including the JNUSU president Aishe Ghosh. Students have been protesting against the unjust fee hike for the last few months. The massive unity shown by the students against the fee hike has unnerved the BJP-RSS central government. The Modi regime is now revealing its fascistic fangs to try to terrorise the student community into submission.

AIDWA demands the sternest action against the armed thugs and also the police officials and security staff who have connived with these goons in perpetrating this violence. It also demands that the JNU administration take immediate steps to ensure the safety of the students and teachers in the campus.

AIDWA in Delhi has been actively supporting the students and teachers in JNU in their fight for justice. AIDWA units are also mobilising support and participating in protest actions condemning this barbaric attack in JNU. Today AIDWA will join the united protest along with the DYFI, SFI and others at the Gateway of India in Mumbai.

AIDWA expresses its solidarity with all the students and teachers who are courageously standing up against the terror let loose on the JNU campus. AIDWA calls upon all its units to join in the united solidarity protests all over the country.