Demonetisation and the question of bank credit 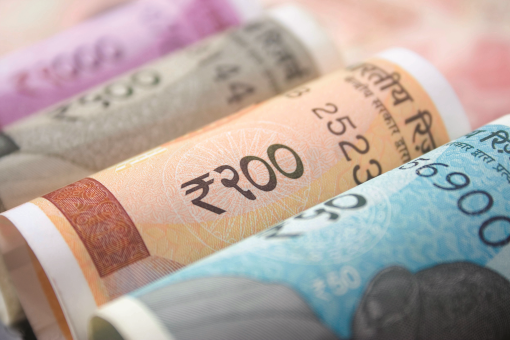 The demonetisation of currency notes of Rs 500 and Rs 1,000 denomination in November 2016 suddenly brought a large amount of cash to the coffers of the banks. Since the banks had to pay interest on the deposits that the public was forced to make with them, they also had to use this cash in a manner that would earn them some income; otherwise its lying idle in their tills would erode their profitability. How the banks used this excess liquidity that had suddenly accrued to them is highly instructive.

A view has been advanced recently by former chief economic advisor to the government of India, Arvind Subramanian, that the banks used this cash for lending through non-bank financial companies (NBFCs) to the real estate and other sectors, and that this generated a boom, whose collapse has brought in its wake not just the downturn in the economy we currently observe but also the serious problem of non-performing assets that now afflicts the banking sector, especially public sector banks.

This view, however, has little evidence to support it. If the large-scale deposits of cash in banks had actually been used to enlarge bank lending, even to NBFCs and through them to sectors like real estate, then, for this to have been a significant phenomenon occurring over a period of time, there should have been a more than transient decline in the currency-deposit ratio of the public.

This can be explained as follows. Suppose people went to banks to change demonetised currency notes, worth, say, Rs100, for new notes; then they would normally not have got Rs 100 worth of new notes, but would have had to deposit a large part, say, Rs 80, with the banks. And these Rs 80 coming into the banks is supposed to have provided the basis for banks’ lending a larger amount to real estate and other sectors. But if these Rs 80 were reconverted to cash within a few months, as soon as new notes became available, then these resources would have disappeared from the banks and returned to the public when such reconversion occurred. We would in such a case be back to square one, with no scope for any greater lending by banks compared to the initial pre-demonetisation situation.

The only case, therefore, where banks could have generated a boom by increasing their lending, because of the greater accrual of demonetised currency notes, was if the public did not wish to get new notes for old ones but moved to holding bank deposits on an enduring basis, i.e, if there was a non-transient shift in the public’s preference for deposits over currency. In other words, the greater cash accruing to banks could have generated a boom only if there was a non-transient rise in the public’s currency-deposit ratio.

There was, however, no such rise. Not only did the people bring for exchange over 99% of the demonetised currency, thereby completely negating the government’s presumption that demonetisation would destroy “black money”, but they also moved back to holding what they got in exchange as currency and not as bank deposits.

As remonetisation occurred, their holding of currency increased in tandem. In fact, within a year of demonetisation the currency-deposit ratio of the public had more or less climbed back to the pre-demonetisation level. So, this particular narrative of post-demonetisation developments, namely, that it led to larger lending to sectors like real estate, albeit indirectly via the NBFCs, and thereby stimulated a boom in these sectors, appears unfounded.

As a matter of fact, during the period when banks were flush with cash, they either parked the cash with the Reserve Bank of India through what are called “Reverse Repo operations”, or bought specially created government bonds which gave them an interest rate but whose proceeds were not spent by the government (for that would have violated the fiscal deficit limit that international finance capital generally expects the government to adhere to). Indeed, credit growth itself was hardly stimulated by the additional cash that came into banks.

Demonetisation, it may be recalled, had caused an acute shortage of cash in the hands of the peasantry. Peasants could not obtain cash through the sale of the crops they had grown earlier to purchase inputs for the new crops. To buy inputs, they had to take loans at exorbitant rates from private moneylenders, which increased their debt burden and added to their distress.

This is an important enduring legacy of demonetisation, why it left a lasting impact on the economy and cannot be seen as a mere temporary inconvenience that disappeared with remonetisation. And yet we find that precisely when the peasants were in dire need of credit and running to private moneylenders to obtain it, the banks, despite being flush with funds to an unprecedented extent, were unwilling to give them credit, so much so that the growth of credit to agriculture actually slowed down.

Lest it be thought that the slowing down of credit growth just referred to was because of time-lags, we should note that matters did not improve after March 2017 either. In fact, the growth rate of credit to “agriculture and allied activities” declined even more drastically after March 2017: the growth between June 2016 and June 2017 was 7.5%, even lower than the 12.4% between March 16 and March 17. And the growth rate of credit to this sector between March 2017 and March 2018 was a paltry 3.8%. The slowing down of credit growth to peasant agriculture in a period of extraordinary accrual of resources to the banking system is a highly instructive phenomenon with regard to the functioning of the Indian economy.

It is in line with the entire trend during the neo-liberal period which has seen a substantial withdrawal of institutional credit from peasant agriculture and the mushrooming of a host of private moneylenders, who constitute a new breed compared with the colonial era but whose usuriousness is no different from that of their predecessors.

The attitude of the government in this situation is equally instructive. It was well-known that the peasants were in dire straits owing to shortage of cash; and yet, given the abundance of cash that had come into the banks, the government did not suggest them to give more loans to peasant agriculture. It even made government bonds available to them, despite these bonds not enabling the government to spend any more, where they could park their funds; and yet no steps were taken to use these resources for giving adequate credit to the peasants whose distress at being cash-strapped was forcing them palpably into greater dependence on private money-lenders.

It is not as if the government had not exerted pressure on banks before for giving loans to particular sectors. In fact, heavy investment in the infrastructure sector that occurred in the early years of this century was made possible through bank loans which were advanced under government pressure. But peasant agriculture never attracted similar attention from the government.

Had the government been more attentive to peasant agriculture, two birds could have been killed with one stone: the cash-strapped peasantry could have been helped, and profitability could have been restored to banks without resorting to all sorts of extraordinary measures like floating special bonds. But the idea was never entertained. This again is symptomatic of a government in a neo-liberal State.