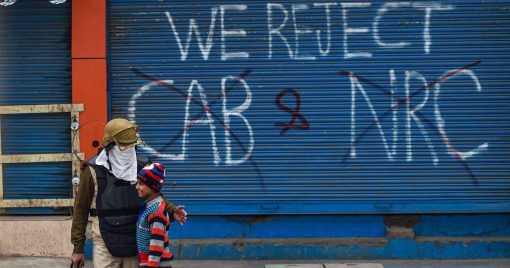 The Citizenship Amendment Act (CAA) has elicited diverse responses from people across India. The primary issue with the bill raised by protestors against it is its intent to convert plural India into a Hindu rashtra. What is also disturbing is that while defending this Act, the ruling party and its supporters are blaming the Congress party and putting forth the argument that the Partition was a faith-based divide.

Both these formulations are total lies. The home minister, Amit Shah, aggressively stated in the Rajya Sabha when he moved the bill that “iss desh ka vibhajan agar dharma ke aadhar par Congress na kari hoti, toh is Bill ka kaam nahin hota—Had the Congress not partitioned this country on the basis of religion, there would have been no need for this Bill.”

In response, Congress party’s Member of Parliament, Shashi Tharoor, said that Shah had not paid attention when history was being taught in his school.

That apart, Shah was a Rashtriya Swayamsevak Sangh (RSS) worker and a member of its student wing, the Akhil Bharatiya Vidyarthi Parishad, or ABVP. Contrary to Tharoor’s charge, Shah has in fact imbibed history—but it is the "history" taught by the RSS combine, and the home minister has internalised it completely.

Even Nathuram Godse, who murdered Mahatma Gandhi, held the Father of the Nation and the patriarch of the Congress party responsible for Partition. This version of history is believed by most Hindu nationalists.

Religion as the basis of nationhood is, by and large, attributed to VD Savarkar, who coined the term Hindutva or Hinduness, followed by Muhammad Ali Jinnah, the founder of Pakistan. As such, the history of religion as a foundation of the Indian state is much older. We need to remember that the British colonial masters were the prime force in pre-Independence India, and that they encouraged both the Muslim League and the Hindu Mahasabha and the RSS.

The British saw both these organisations as helpful to the pursuit of their infamous “divide and rule” policy. Later, close to the peak of the national movement in 1942, they factored the geo-political environment of the day into their calculations. Russia had emerged as a major Pole in world power-politics and it posed a challenge to British-American hegemony.

Russia also inspired anti-colonial movements around the world. Many freedom fighters were influenced by the socialist ideology and tactics. The division of India took the British design to control its territories one step further. Their thinking was that they can retain their hold over vast regions, simply by engineering social and geographic divides. The yet-to-be-created state of Pakistan fit into these calculations.

The genesis of exercising claims to nationalism in the name of religion lies also in the reaction of the declining class of landlords, rulers and kings to the rapidly-industrialising colonies and Western countries. Communication technologies were advancing rapidly, as was modern education, even in India. The stirrings of a secular democratic nation were noticeable in India. Different groups started coming up, such as the Madras Mahajan Sabha, Pune Saraiki Sabha and the Bombay Association, which represented the interests of the emerging classes and social changes. 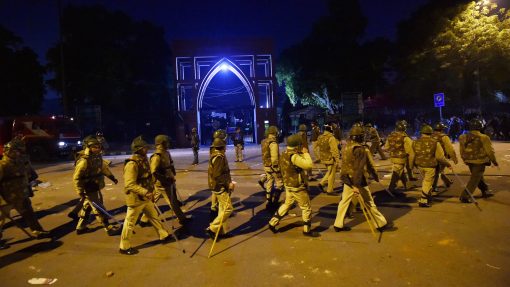 It is these groups that formed the political organisation of the Indian National Congress, which came into being formally in 1885. These changes made the declining classes very uncomfortable: they did not want changes at the root of which lay notions such as the modern idea of equality before the law. These feudal classes, of both religions, were deeply shaken by the prospect that birth-based hierarchies, on which they were presiding, would soon crumble.

At this point, a section of the Muslims raised the slogan on Islam being "in danger", while the Hindu sections claimed that Hindu religion is in danger. Along with the rise of national organisations, a parallel trend started to take root; the dalits began to get access to formal education and the lower social status of women started being challenged. These were seen by the feudal classes as further assaults on their religiously-ordained power over inequality.

Initially, the landlord-kingly classes participated in the new movements but soon, they won over other elite sections, and still later sections of average people, and this laid the foundations for religious nationalism, among the Muslims and the Hindus, in pre-Independence India.

Thus, Indian nationalism can broadly be identified with Gandhi, BR Ambedkar and Bhagat Singh, and the forces that ran counter to it included the Muslim League (formed in 1906), the Hindu Mahasabha (1915) and RSS (1925). The RSS in particular harped on a mythic “ancient glorious past”, while the Indian nationalist stream envisioned their struggle as a battle against prevalent inequalities as well.

It is Savarkar who first articulated religious nationalism. It is he who saw Hindus and Muslims as opponents, while the Muslim League considered the Hindu majority as opposed to equal rights for non-Hindus. Hindu nationalists spread hatred against Muslims and Muslim nationalists, which created a base for intense communal violence. 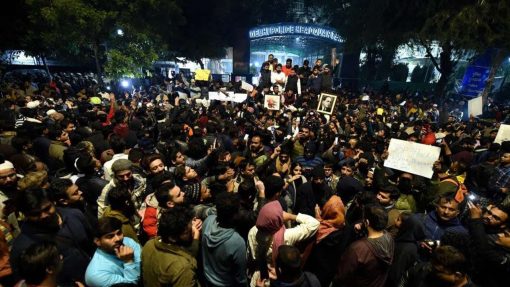 On the Partition, it was the gravity of the communal violence which forced the Congress party to accept the plan brought out by the last governor-general of India and its viceroy in March 1947, Louis Mountbatten, to partition India. Congress passed a resolution accepting the Partition, but it also stated that it is opposed to the Savarkar, Jinnah, Golwalkar, Muslim League, Hindu Mahasabha and RSS’ two-nation theory. In the given circumstances, the Congress decided that Partition seemed a lesser evil than the communal venom then engulfing the nation.

VP Menon, the architect of the Partition plan, points out that Patel “accepted the division of India in December 1946, while Nehru would only acquiesce six months later”.

Maulana Azad and Gandhi did not accept the idea at all, but in the rising communal tide they were forced into silence.

In the Amit Shah-RSS narrative, the Congress is blamed as it was the party that led the freedom movement, which the RSS cannot claim to have done. Truth is, the Congress never accepted the idea of religion as the basis of nationhood.