What is the Real Intention Behind CAB and the Future Pan-Indian NRC? 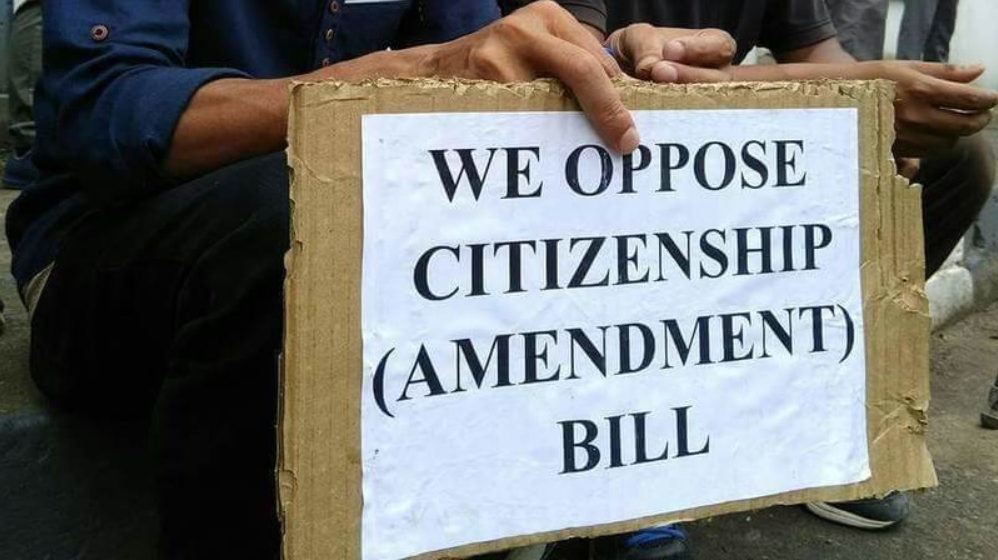 The Cabinet has cleared the Citizenship (Amendment) Bill, 2019 and it will be tabled in the Parliament in the ongoing Session itself, according to media reports. It is a Bill to amend the Citizenship Act, 1955, that lays down who can be considered India’s citizen.

While the present version of the Bill is not yet public, we know what it is going to contain from the previous version of 2016 which was passed by the Lok Sabha in January this year but was not tabled in the Rajya Sabha and thus lapsed.

The operative provision of the Amendment Bill is this: illegal immigrants from three neighbouring countries (Afghanistan, Bangladesh and Pakistan) of all religions except Muslims will be allowed to become citizens of India after a stay of six years (instead of the earlier 11 years). This is specified in an amendment to section 2 of the original Act as well as in another amendment to section 4 which changes the Third Schedule of the Act.

The Amendment Bill argues that certain changes have already been made in the Foreigners Act, 1946 and the Passport (Entry into India) Act, 1920 which empower the central government to regulate the entry, exit and residence of foreigners within India. These changes were made by the Modi govt. in its previous term in 2015 and 2016 respectively, adopting precisely the same rationale of excluding Muslims from becoming citizens of India in 6 years.

The important point in these changes in rules, made by government orders, was that 31 December 2014 was given as the cut-off date for illegal immigrants. Those who came to India on or before that date would not be deported or imprisoned and could acquire citizenship if they ha stayed in India for more than 6 years. But not all illegal immigrants. Muslims would be excluded from this. That means not only would they be liable to imprisonment and deportation but they would have to show that they resided in India for (i) the 12 months immediately preceding the application for citizenship, and (ii) for 11 of the 14 years preceding the 12-month period.

Now, these same cut off date and regulations will become part of the Citizenship Act (after amendment). This has led to an uproar and outrage across the country and especially in the North-East states. But there are different reasons behind these protests.

The first and most important reason for the protests is that the CAB and the preceding changes in the other Acts and rules thereunder are openly discriminatory against one particular religious community, the Muslims. It has been validly argued that this amendment violates Article 14 of the Constitution which guarantees right to equality before law. Of course, the Article has been elucidated to mean that there can be some differentiation between different groups of people provided a reasonable explanation exists for it. But as far as the 2016 version of CAB went, it had provided no such reasonable explanation.

Besides the issue of violation of a cornerstone of the Constitution, which reflected its whole ethos and thinking and drew upon the legacy of the Freedom Movement, the CAB is casting a long and troubling shadow. This arises from its link to the National Register of Citizens (NRC) which the BJP govt. is planning to implement for the whole country. Here’s how this link works.

Once you have the CAB passed as law, it is feared by many, the NRC exercise will actually turn into an exercise for targeting the Muslim community across the country. Any other type of ‘foreigner’ will be protected by CAB. Only the Muslims will need to show documentation of a longer stay in the country. How anybody – of any religion – can start providing such documentation in this country is difficult to imagine. In any case, the process itself will create an opportunity to whip up anger or hatred against anybody you don’t like. It will mean social strife and worse at an unimaginable proportion.

In the North-Eastern states, the fears are different. The recent NRC exercise came up with ‘identification’ of over 19 lakh ‘foreigners’ based on the 1985 Assam Accord cut off date of March 1971. As it reportedly turned out, a majority of them were Hindus. This has caused much heartburn among the Sangh Parivar and BJP affiliates. The CAB will solve this problem because the Hindus among these so-called foreigners will then be accommodated in India.

But this in turn has caused outrage among the other ethnic groups in the North-East because they fear that now all Hindu immigrants will be allowed to settle down in the North East thus scuttling the whole Assam Accord and rekindling the same problems as before.

In other words, North-East is not buying the division of immigrants into Hindu and Muslim. They want all of them out, based on the 1971 cut-off date. Remember: CAB will shift the date to six years before 2014, that is 2010 for all non-Muslims, and 11 years before 2014 for Muslims.

There is another equally important aspect of the whole CAB/NRC drive being stage managed by the Saffron Brigade. It serves to divert attention from the burning problems of joblessness, slowdown, increasing prices, farmers’ distress, trampling of workers’ rights by reactionary labour law changes and such other peoples’ issues. Unable to handle the exploding economic crisis, the Modi govt., especially in its second term, has opted for a slew of actions that will communalise the country and keep people busy thinking about religious divisions. This will take away the heat from the govt. and also push forward the RSS agenda of building the Hindu Rashtra.

Recent actions of Modi govt. – from abrogation of special status of J&K and turning it into a military prison to CAB and NRC, and also claims about resolving the Ayodhya issue – have all contributed to this larger thrust of the Sangh Parivar. It may reap some benefit electorally, although that itself has become doubtful now after the BJP’s losses in Haryana and Maharshtra and the bye-polls in W.Bengal. But the whole panoply of policies is geared to push the country into deeper divisions and strife. Whether they will succeed or not is still open because peoples’ protests and struggles are also advancing with great energy. In the coming days, a massive strike by workers will take place on 8-9 January and it will coincide with a Grameen Bandh called for by hundreds of farmers’ organisation. The battle is on.