Why the BJP wants Tipu expelled from Karnataka schools 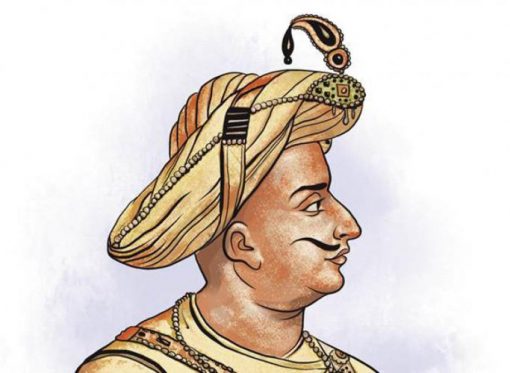 Tipu Sultan, the 18th century ruler of Mysore, is a figure alternately revered and reviled by the ruling dispensations of Karnataka. Depending on whether it is a Bharatiya Janata Party (BJP)-led government or a non-BJP ‘secular’ Congress in power, the tired cycle of vilification-glorification has been a pattern for the last ten years at least, with the same for-and-against arguments being resurrected and repeated.

The latest is of course the present BJP government’s determination to drop the person of Tipu Sultan, his life and times, from history textbooks. In other words, Karnataka Chief Minister and BJP leader BS Yedyurappa would like to simply void from school textbooks about 50 years of the 18th century, a time of historical transition from the pre-colonial to the colonial, and a period upon which Tipu Sultan left an indelible imprint.

Children studying in Karnataka will be presented with a gaping hole in their state’s history. What this gap will be filled with is anybody’s guess, and remains one of those important issues that are simply not addressed by those who issue such fiats.

Consider however the options that school textbook writers may be forced to contemplate, each one more tragi-comic than the previous. They could present the years 1750 to 1800 as an unimportant historical vacuum in which nothing really happened in the region which covers present day central and south Karnataka, parts of Kerala and Tamil Nadu. Or, they could cover up this omission by moving the focus to other parts of India—to Bengal perhaps, where lots of exciting events like the Battle of Plassey and so on were taking place.

Then of course there is the third option—the one that would resonate most with the mindset and world view of the current leaders of Karnataka. This would be to reassess the historical role of Haidar Ali and his son, Tipu Sultan, to present them as fanatic Muslims whose primary agenda was the creation of an Islamic state that necessitated the conversion of their Hindu subjects. Its historical validity could always be established by privileging select sources and interpreting them in accordance with Hindutva’s world view. This exercise in smoke and mirrors could also reduce Haidar and Tipu’s resolute opposition to the British as a mere sideshow to their central purpose, which, according to this view, was to create Islamic dominance in the region.

Such an outlandish construction of what could happen in the near future in history classrooms in Karnataka’s schools might have been laughed at a few years ago. Today it is a soberingly plausible reality. There has been a marked change in the nature of Centre-state relationships since when the BJP was last in power (2008 to 2013). Today there is a much greater level of political subservience of the state BJP led by Yedyurappa to the central party which now commands a brute majority in Parliament.

The state BJP is hamstrung by an interfering and controlling central command in matters of routine politics and governance, and therefore turns particularly zealous in matters where it can show itself as an independent and aggressive force for Hindutva, as in the rewriting of textbooks. With the first salvo fired by home minister Amit Shah in Hyderabad when he called for the rewriting of history from an “Indian perspective” Yediyurappa was emboldened to call for an ill-thought and prejudiced order to re-write textbooks by dropping references to a figure once considered a proud son of Karnataka and India.

The chief minister’s diktat has fortunately not been implemented yet, as the textbook committee before whom the matter has been placed for consideration, and which comprises mainly professional historians, is not fully in agreement with the proposal. What is more likely to take place is a diluted version of option three noted above, in which there will be a re-writing of the period of Tipu Sultan that places unfair emphasis on his so-called religious policy, especially the alleged conversions he is said to have engineered.

Another noteworthy feature of the current imbroglio is the gap between textbook knowledge on Tipu in relation to the new historical knowledge that has been generated in the last ten years or so about this 18th century ruler and his times. We have much more knowledge today from French, British and Persian sources on him that make for a more nuanced and interesting interpretation of his thought and actions. The picture of Tipu that emerges from these documents is of a ruler whose hatred for the British was only matched by an avid curiosity about the world beyond Mysore and the modern technologies and trading possibilities that could help him achieve his goal of driving the British from India.

Lying in the trenches with Lieutenant-Colonel Russel, a French soldier who served under Haidar Ali between 1772 and 1778, and who participated in many military campaigns, Prince Tipu, according to Russel’s memoirs, “questioned me on our manners and customs, our military forces, our way of conducting military operations. He asked me what he should do when he will be the master [of Mysore].” Russel has provided us with an interesting character sketch of Tipu, describing him as a young man with an “elevated character” and “enlightened ambitions” who was “perfectly aware of the importance for an Indian ruler that no European nation near him grows too powerful.” Russel says: “He often told me: ‘I want to expel them [the British] from India. I want to be the friend of the French all my life.” (See ‘The Memoires of Lieutenant-Colonel Russel’ in State and Diplomacy under Tipu Sultan, ed Irfan Habib, 2001).

The embassies that Tipu sent to Turkey and France were as much about exploring new avenues of trade for products that were produced in Mysore and attracting skilled artisans and craftsmen to Mysore, as they were about seeking military help from these two foreign powers. From Tipu’s detailed orders to his revenue commissioners, we see an innovative and interventionist ruler whose vision was for a strong and centralised state that had full control over the agriculture and trade of his domains. (State Intervention in the Economy: Tipu’s Orders to Revenue Collectors, 1792-97, in the same volume edited by Habib.)

It is regrettable therefore that the idea of Tipu in the popular imagination has come to be dominated by a Hindutva reconstruction of his life and times. The early nationalist historians and writers, while correctly emphasing the fact that Tipu was perhaps the only Indian ruler of his time who had the foresight to identify the British as the foremost threat to his power (as indeed did the British identify Tipu as their most implacable foe), also attributed to Tipu a secularising motive. This was for the way he attempted to modernise Mysore state, particularly in the attention he gave to developing a modern army.

To call Tipu a ‘secular’ ruler is perhaps ascribing to him a status he would not himself have recognised in the modern sense. Similarly, by calling him a “freedom fighter” or a “nationalist”, earlier historians were making an imputation that was wrong and which would eventually backfire. The Hindu Right, as it gained traction in India, reached back into history and emphasised the so-called “atrocities” against Hindus and their places of worship committed by Muslim rulers as justification for reprisals against Muslims today and targetting them, both by the state and individuals.

The Islamisation of Tipu has been largely successful in capturing the popular narrative around Tipu Sultan. The silver lining here is of course the ever-expanding body of historical research based on emerging new sources on this extraordinary ruler and the imprint he left. This body of knowledge, which is in the public domain and available for those who seek it, will remain the basis on which the legacy of Tipu can be retrieved when this age of unreason in India is behind us.

First published in Newsclick.
Parvathi Menon is a journalist who has previously worked with The Hindu.