How the Corporate-Hindutva Axis is Assaulting India’s Federalism 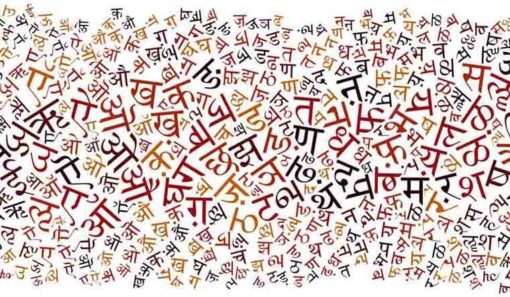 Comrade EMS Namboodiripad is somewhat unconventional in tracing the roots of the regional-linguistic consciousness to a period even pre-dating the Bhakti Movement; but that is a debate we need not enter into here. The point is that every Indian is imbued today with a dual national consciousness. Both forms of consciousness have to be nurtured; a delicate balance has to be maintained between the two. Overemphasis on any one consciousness to the exclusion of the other will lead to a break-up of the nation.

The federal structure of our polity is an expression of this dual consciousness. In fact, below the linguistic-regional consciousness, there are other levels of consciousness, for which again the polity has devised various means of accommodation, such as “autonomous councils”; these may or may not be adequate or sufficient, but the basic point is that Indian federalism requires mutual accommodation, not centralisation, as is the current tendency.

This derives from the very nature of our anti-colonial nationalism. No other kind of nationalism, such as religious nationalism, can provide the basis for such accommodation, which is why re-fashioning the polity on the lines of the Hindutva ideology, will lead inevitably to a break-up of the nation. This point will be recognised immediately with regard to the oppression that Hindutva unleashes on the religious minorities; but it has a general validity, beyond the communal divide that Hindutva stokes, encompassing regional revolts that any centralisation would inevitably generate.

Hindutva “nationalism” assumes that the (Hindu) “nation” has already existed, so that there is no need for any accommodation between the Centre and the states; that any demand for such accommodation can come only from some “corrupt regional elites” wishing to line their own pockets; and that riding roughshod over any demand for accommodation is in the “nation’s interest”. It is, therefore, essentially centralising; and every such centralisation pushes the country either towards an eventual partition, or towards authoritarianism to prevent such a partition.

Such authoritarianism then becomes a self-justifying phenomenon: “look at the law and order situation, the number of violent incidents perpetrated by the ‘terrorists’; surely the suspension of civil liberties and the imposition of a clampdown is justified under these circumstances” (the kind of official argument advanced in the case of Jammu and Kashmir that has reportedly impressed even the Supreme Court of India).

The disastrous consequences of such centralisation are evident in the case of Jammu and Kashmir. Articles 370 and 35A were expressions of an accommodative nationalism, which took into account the exceptional circumstances of the state’s accession to India: a Muslim-majority state ruled by a Hindu ruler, which, instead of acceding to Pakistan, acceded instead to India on the basis of these special Articles. To suddenly and unilaterally abrogate these Articles represents a violation of that pledge, which, no matter how strongly cheered by Hindutva votaries in the rest of India, is a blow against the foundations of the entire Indian nation.

The fact that religion cannot be the basis of nationalism, because it presumes the existence of a nation from time immemorial, and hence precludes the accommodativeness that must inform the emergence of a modern nation after long years of colonial rule, was demonstrated very clearly by the break-up of Pakistan, where the eventual secession of the eastern part had begun with a language movement. Hindutva nationalism is pushing India in the same direction; and those celebrating the humiliation of the Kashmiris will come one day to rue the government’s decision.

In fact, not content with the disaster it has unleashed in Jammu and Kashmir, the Narendra Modi government is now pushing for the imposition of Hindi all over the country, which is another horrendous measure of over-riding the aspirations of the various regional-linguistic nationalities. It is another move for fracturing the nation in the name of unifying the nation; and the tendency towards fracturing will inevitably call forth, for the sake of countering this tendency, further curbs on human rights and civil liberties for all.

This tendency to over-ride the aspirations of the regional-linguistic nationalities, which takes the form of increasing centralisation within our federal arrangement, does not arise from Hindutva alone; in its economic form, it also conforms to the demand of the corporate-financial oligarchy. The introduction of the Goods and Services Tax (GST), which took away the states’ rights to impose commodity taxes as they liked and vested this right in a GST Council before which every state must now come as a supplicant if it wishes some adjustment in rates, was an astonishing measure of centralisation. The states which had then agreed to such centralisation under various erroneous expectations are now realising the gravity of their mistake. “One nation-one language” is as dangerous to our federal polity as “one nation-one tax” which is how the GST was portrayed.

A view is commonly advanced that it is not the GST as such but the haste with which it was introduced that is the cause of the troubles that have arisen. This is simply not true. The travails of the economy arising from the GST do so because of the GST itself. The reason is simple: in an economy like ours where the large-scale sector often buys inputs from the small-scale and petty production sector (so that it can take advantage of the latter’s low wages), for the former to get tax refunds it must ensure that the latter, i.e. its input suppliers in the small-scale sector, file their GST returns.

This implies two things: first, the small-scale sector has to incur larger costs than it did before. In fact, because of “indivisibilities”, the cost of complying with the GST procedure is even greater per unit of output for the small-scale sector than for the large-scale sector. Second, many small units that did not pay taxes earlier are now dragged into the tax net. And given the fact that the GST rates had to be fixed so as to make them “revenue-neutral” as far as possible, and also the fact that the rates had to be uniform across the country for individual goods, many small units that did not pay taxes earlier end up paying hefty taxes.

Not surprisingly, many small units are going under because of the GST burden. When this happens, it adds to the recessionary effects on the Indian economy of the global slowdown that has itself arisen because of the contradictions of neo-liberalism. Such recessionary tendencies, in turn, result in reduced tax revenue collections from the GST which is what we find today.

The GST idea that was “sold” using all kinds of spurious arguments, such as the fact that it would unify the “national” market (as if the world’s mightiest capitalist economy the US which does not have a GST lacks a unified “national” market), is now getting exposed for what it really is: a way of passing off a part of the commodity tax burden that was earlier borne by the large-scale sector to the shoulders of the small-scale sector as well.

The assault on the federal structure of the Indian polity arises, therefore, from two sources: the Hindutva elements on the one hand, and the corporate-financial oligarchy, on the other. Since the country is currently ruled by an alliance where these two elements play a pivotal role, a corporate-communal axis if you like, the centralising tendency is overwhelming. It is riding roughshod over the regional-linguistic nationalities that are an essential component of our dual national consciousness; this fact will spell disaster for the nation in the days to come.

The Bharatiya Janata Party often claims that it has done in 70 days what earlier governments had not been able to do in 70 years. It is correct. The nation had not allowed bulls into its China Shop all these years; now these are running rampant.