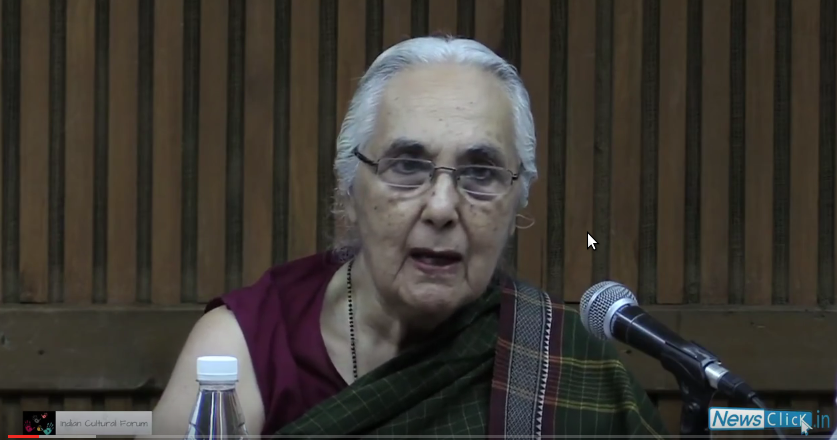 Professor Romila Thapar, the well-known historian and my long-time colleague at the Jawaharlal Nehru University (JNU), received a letter from the Registrar of JNU in July 2019, asking her to submit her curriculum vitae (CV) so that a committee appointed by the university could evaluate her work and decide whether she should continue as professor emerita of the JNU. Thapar retired in 1991 and was made emeritus soon after.

The current Executive Council of the JNU seems to be unaware of even the meaning of an emeritus professorship. It seems to think that it is an appointment against a post for which there are multiple applications.

An emeritus position is completely different. There are no posts and nobody ever applies for it. It is an honour conferred for life by the university on a retiring or retired professor in appreciation of their outstanding past work. This is true of every university in the world.

This current action of the JNU contradicts the very basis on which the status of professor emeritus was conferred on retired faculty in the JNU.

It needs to be reiterated that in the letter conferring the title of professor emeritus/emerita, it is described as honorary and is for life. It is clearly stated that it is in recognition of the outstanding contribution in teaching and research of the professor so honoured, and as an esteemed faculty member for outstanding academic achievements.

The current Executive Council and administration of JNU have either not understood, or have chosen to overlook, the import of this. Hence it needs to be explained for their benefit.

That the emeritus professorship is honorary means just that. The university does not have to make any special arrangements, financial or otherwise, to accommodate such professors. It is only a status that is conferred by the university on the retirement of a selected faculty member.

So the question of making positions available for other potential candidates does not arise. It costs the university nothing. The choice of professor emeritus is a comment on the academic values of the university. There can be any number of such professors. It is quite clearly an honour that is given for life; therefore any periodic reassessment is out of the question.

When a university confers this honour, there is no question of any prior submission of an application for it nor of a CV. Detailed information about the academic achievements and activities of its faculty should in any case be known to the university from its own website and records, provided these are properly maintained by the administration. There should be no need to ask for CVs. Nor is there any need for testimonials and peer group views since it is conferred.

In her response to the registrar, Thapar has reminded the university administration that they should be aware of what it means to confer an emeritus professorship, as has been explained above.

Furthermore, she has quite rightly asked, what exactly is the committee going to assess and how? Is it going to give a grade to the books that she has published since becoming a professor emerita, the major one, The Past before Us, being a pioneering study of historiography in early India? Is it going to evaluate the fact that she was awarded the Kluge Prize in History in 2008, which is regarded as equivalent to the Nobel and is given specifically in disciplines not covered by the Nobel Prize? How is the committee going to grade the other publications and the other awards?

Ironically, just prior to receiving this letter from the registrar of JNU, Thapar received a letter from the American Philosophical Society (APS), informing her that she has been selected for the society. The APS is the oldest scholarly society in the United States with a restricted membership selected on the basis of intellectual achievement.

The contrast in the treatment of a reputed Indian scholar by a foreign learned society, and the university that the scholar has served for decades and of which she was among the founding professors, is too stark to be missed. The Centre for Historical Studies of the JNU has also objected to this attempt to reconsider the status of emeritus for Thapar.

There is much talk these days about improving the quality of our higher education. This would remain a chimera if our outstanding scholars are treated in this manner by their own universities.