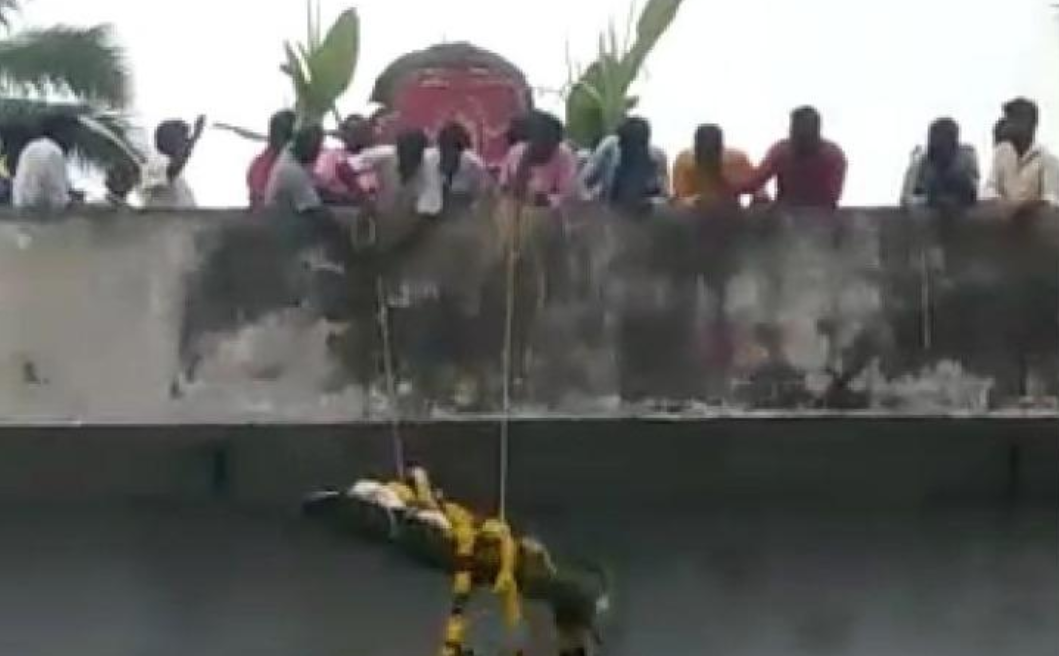 In a shocking incident that highlights the deplorable practice of caste discrimination in India and indignity in death, members of the dalit community in Tamil Nadu’s Vellore district were forced to lower the body of one of deceased from their community from a bridge because they were denied access to the road that led to the crematorium, as it passed through two dominant caste villages.

The story came to light after a video emerged online on showing a group of men lowering the dead body from a 20-feet high bridge to the ground below in Narayanapuram village on August 17, after which the body was carried to the crematorium from there, according to a report in the News Minute.

The dead body was of 55-year-old Kuppan belonging to the Narayanapuram Dalit Colony, who had died in a road accident.

Vijay, Kuppan’s nephews, told Times of India, “On Saturday, when we tried to take my uncle’s body through the land strips, the watchmen guarding it, refused us entry. Fearing a clash, the villagers used a cradle to drop the body from the bridge and cremated it.”

According to the report, the land strips or paths leading to the river have been taken over by dominant castes after the construction of the Arasalanthapuram-Narayanapuram bridge.

The villagers said this was not the first time that the dalit community had done this due to lack of access to the cremation ground.

Krishnan, a resident of the dalit colony, told the ToI reporter: “…We have cremated four bodies like this. Kuppan was the latest.”

According to the News Minute report, the man who purportedly shot the video named the place as Vaniyambadi taluka, and overheard a villager saying: “This is our crematorium. We lower the body like this each time. We don’t have a crematorium.”

Kuppan’s nephew told the NM, that they have been facing trouble in accessing the cremation ground since the past 20 years.

“Members of the dominant caste own the land now and don’t let us enter the area with corpses. Caste Hindus have a separate ground that we can’t use for cremation. Before the bridge came into existence 15 years ago, we used to just leave the body in water. But now we lower it down the bridge to cremate it. We have appealed to various district authorities for years now to help us, but to no avail.”

According to a police official quoted by Hindustan Times, it was caste Hindus belonging to the Vellala Gounders and Vanniyar communities who reportedly disallowed Kuppan’s funeral procession to pass through a stretch of farmland.

The dalit community members also alleged encroachment or buying over of the land strips by dominate castes, preventing them from carrying the dead bodies across to the cremation ground.

Meanwhile, Priyanka Pankajam, Sub-Collector, Tirupathur, told HT that a probe had been ordered into the incident. “We came to know this only on Wednesday evening. we will initiate stringent action, if anybody is found guilty,” she added.