old post
In efforts to rename a deity, loss of memory for a nation
June 19, 2019 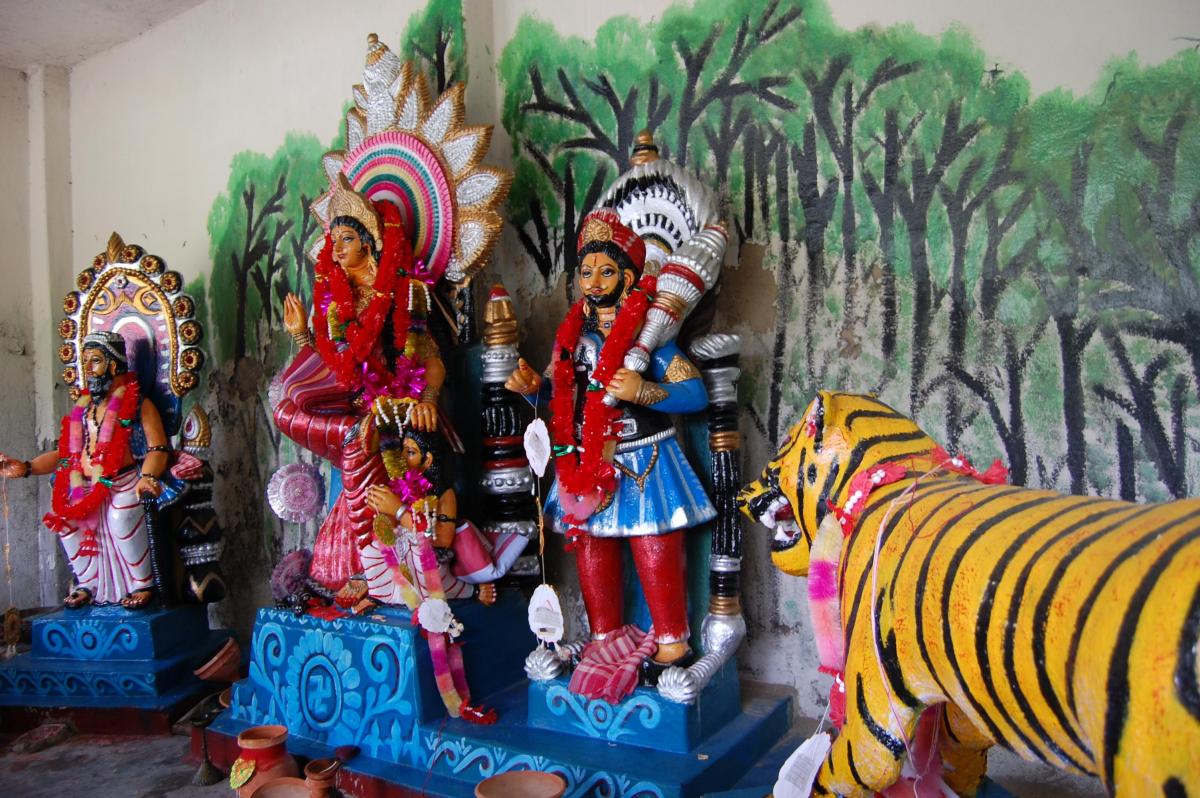 In the jungles of Sundarban, the Royal Bengal Tiger is prayed to and revered as Dakhin Ray, the God who must not be named. For everyone who ventures into the forest, to fish in its waters or for wood or honey, the only deity who saves them from Dakhin Ray is Bonbibi or the Goddess of the Forest. Bonbibi is a deity who is revered by people cutting across religious lines – it’s obviously Islamic iconography is not an impediment for her Hindu devotees, nor do her Muslim followers see any contradiction in praying to her statue present in omnipresent makeshift temples that barely rise above the tides. But now, with the rise of the BJP in West Bengal, Bonbibi is a tool of communal politics with some denying her origins in the sufi ‘pir’ movements of Bengal, her presence as an example of syncretism, even questioning her name itself. They want her to be called ‘Bondevi’.

Who is Bonbibi?
Bonbibi, meaning mother of the forest, is said to be the goddess of the Sundarbans, a mangrove area spanning from the Hooghly River in West Bengal to the Baleswar River in Bangladesh.

According to the local belief, found in the eighteenth century text ‘Bonbibir Johuranama’,  Bonbibi was the daughter of Ibrahim, a fakir who came from Mecca and became the king of the Sundarbans. He had no children from his first wife, Phoolbibi. He married Golabibi who gave birth to twins Bonbibi and Shah Junglee, but Ibrahim had promised his first wife he would abandon the second. When Golabibi was pregnant, he left her in the woods. This is where Bonbibi was born and raised as a Muslim since birth.

In the jungle, the brother sister duo fought a fierce battle with the evil lord Dakkhin Ray who takes the form of the tiger and his mother Narayani and win.

Since then, the legend goes, honey collectors and woodcutters before entering the Sundarbans, worship Bonbibi and pray for their protection from attacks.

In the Sundarbans, where death can come quickly, its inhabitants have worshipped Bonbibi for centuries as a protection from the jungle’s many dangers.

BJP-led communalization:
At several places in the Sunderbans during the election, BJP leaders began their campaign with the worship of Bonbibi in the name of Bondebi, solemnised by some local priests, and made public statements about the local tradition of which the deity is an integral part.

BJP leader and local panchayat member Paritosh Mandal of the Sundarbans says, “Muslims never worshipped Bonbibi. This tradition has been kept alive by the Hindus and it’s they who have been worshipping the goddess. That’s why we address her as Bondebi instead of Bonbibi. Now the villagers call them by this name.”

The local BJP leaders are using their power to influence the locals as well.

What do the locals say?
A honey collector from Gosaba, Sudapa Monday, says “We regularly take the idols of the goddess with us and worship her at the riverside before entering the forest. But the Muslims don’t worship her any longer.”

Contrarily, a Muslim local said, “Calling Bonbibi Bondebi defies our joint heritage,” adding that not only the Hindus but Muslims also have faith in Bonbibi. Another Muslim local, Aminur Shana, a honey collector says, “I enter the forest in the name of Allah and I feel safe.” And then he added, “But occasionally when I sense any danger of tigers or snakes, I ask Maa Bonbibi for protection.” Seeking refuge from Bonbibi gives him courage. “You are my mother. As your son, protect me from the tigers and other dangers of the forest,” Shana would say in his mind when he feels vulnerable.

However, the Muslims are hurt by this “propaganda” and so they have distanced themselves from the centuries-old tradition. Auto-driver Arafat Sheikh and his wife Nazma Sheik says, “Idol worship was never present in our religion. Our ancestors used to worship our deity because they went into the jungle, but we don’t look at the forest for a profession anymore. We attend the fairs during the Bonbibi Puja, but don’t visit the temple.”

But there are many, who still depend on the forest for survival and for whom the fear of the tiger is beyond religion. For them, Bonbibi is neither Hindu nor Muslim. She is the mother who protects them .

A communal ploy to kill a tradition
Particularly strange is the fact that only a few miles away, across a watery border lies Bangladesh. It houses over sixty percent of the mangrove forests of Sundarban and most of its elusive man-eating tigers. In the absence of the BJP, its reigning deity remains Bonbibi and not Bondevi.

However for the BJP, the only road to power is the one that rides roughshod over many homegrown, local, traditions and rituals. Implicit in its planned, relentless propaganda at demonising the Muslims of India is the denying of all cultural capital that is either syncretic, secular or Islamic. To the outsider, Bonbibi and Bondevi may be interchangeable. To the pracharaks on the ground, the difference is ideological, absolute and necessary. For the Muslims of Sundarban, it will represent an enforced loss of identity – one that will push them closer to homogeneity and who knows, perhaps fundamentalism. For India however, it will be yet another loss of memory. Memory of a kind that once made it ‘saare jahan se acha’.