old post
Statement of Lawyers Collective and its trustees on the CBI FIR
June 18, 2019 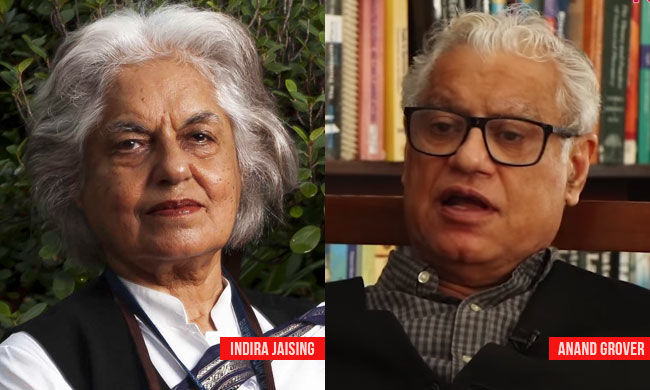 The Lawyers Collective (“LC”) and its Trustees including founding members – Anand Grover and Indira Jaising express shock and outrage at the action of the CBI in registering an FIR against them. The FIR is solely based on proceedings under the Foreign Contribution Regulation Act, 2010, (“FCRA”) in which orders for suspension and cancellation of LC’s registration to receive foreign funding were passed by the Ministry of Home Affairs (“MHA”) in 2016, which LC has challenged by way of appeal before the Bombay High Court. The Appeal is pending.

Even at that time, LC had pointed out that the FCRA proceedings were taken against it because its office bearers had taken up sensitive cases against the leading figures of the BJP and the Government of India, including Mr. Amit Shah, the present Home Minister, in the Sorabbudin case, amongst others.

Moreover the LC pointed out that there were no basis in the allegation. For example, apart from the fact that Ms. Jaising remuneration was permissible under the FCRA, it was being paid by the LC was before she became the ASG and continued during and after her tenure in that capacity. Moreover she taken the permission of the Law Minister to continue to receive the  remuneration under the Law Officers (Terms and Conditions) Rules, which has been admitted by the MHA. The allegation of the MHA was premised on the assumption that as the ASG Ms. Jaising was a government servant, which she was not. Thus this can hardly be the basis of alleged  offences under the PC ACT. Similarly, expenses reimbursed to Mr. Anand Grover were permissible under the FCRA and regulations under it. All such submissions were simply ignored by the MHA. That is why an appeal was filed in the Bombay High Court which passed interim orders noting that the submissions made by the MHA were vague.

For nearly two and half years, the CBI, functioning under an NDA regime did not think it fit to register any criminal cases against the Lawyers Collective and/or its office bearers, since there was no criminality involved. There has been no change in circumstances or material on record since 2016 and hence the question arises what has changed between 2016 and 2019. There is no material to show that any of the provisions invoked under the under the IPC, PC Act have any basis.

The FIR has been registered after the petition was filed by Lawyers Voice in the Supreme Court. The Lawyers Voice comprises lawyers from the BJP and its main protagonist is Mr. Neeraj is the head of the Legal Cell of the BJP in Delhi. The organization clams it has no income and no PAN card, a mandatory requirement for filing a PIL. When the Petition was filed the LC pointed out in a press statement  that  the petition  did not have the basic averments of a writ petition under Article 32 of the Constitution, and therefore  was not maintainable. We have expressed our surprise that notice on the Petition was issued at all in the said Petition.
In the immediate past, the office bearers of the LC have represented the  persons  detained in the Bhima Koregaon case, the Police Commissioner of West Bengal, Rajiv Kumar and while not commenting on the merits of the case, have been vocal on the subversion of due process of law in the Courts in the matter of the alleged sexual harassment by a former  employees of the Supreme Court of India.

The LC has reason to believe that its officer bearers are personally being targeted  for speaking up in defence of human rights, secularism and independence of the judiciary in all fora more particularly in their capacity as Senior lawyers in court. The LC sees this as a blatant attack of the right to representation of all persons, particularly the marginalised and those who dissent in their views form the ruling party. It  is also an attack in the right to free speech and expression and an attack on the legal profession as such. The right to legal representation is a guaranteed fundamental right under the Constitution of Indian and is part of the jurisprudence of every civilised   country of the world.