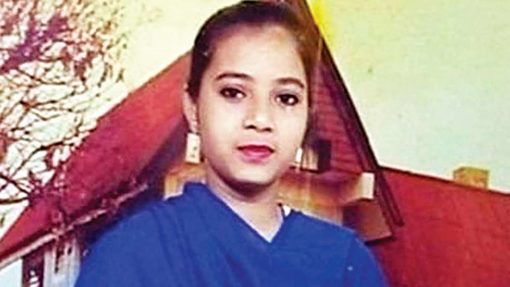 A special CBI court is likely to pass an order on May 2 on the applications of retired police officers D G Vanzara and N K Amin seeking dropping of proceeding against them in the Ishrat Jahan alleged fake encounter case after the Gujarat government declined sanction to prosecute them.

Special CBI judge J K Pandya on Monday said he may pass the order on May 2. The court had earlier concluded hearing in the case on April 16, and had kept Monday as the date to pass its order.

The two retired police officers, accused in the Ishrat Jahan alleged encounter case, have sought that proceedings against them in the case be dropped as the state government has decided not to grant sanction to the CBI to prosecute them as required under section 197 of the CrPC.

Under section 197 of the Code of Criminal Procedure, the government's sanction is necessary for prosecution of a public servant for an act done as part of official duty.

The court had in the past rejected their discharge applications in the same case.

While the CBI refused to take any stand on the state government's decision to decline sanction to prosecute the two accused, the mother of Ishrat Jahan, Shamima Kauser, has opposed their applications.

In a written submission made through her lawyer Vrinda Grover, Kauser has said that the pleas to drop proceedings were "untenable in law and unsustainable on facts", and that the state government was not the appropriate authority to refuse sanction to prosecute the two officers.

She said the order of the state government amounted to "interference with the administration of justice".

"It is a matter of record that it is the Union ministry of Home Affairs and not the state of Gujarat which is the appropriate sanctioning authority in the present case," she said.

Section 197 of the Code of Criminal Procedure (CrPC) to seek sanction for prosecution was not applicable in the present case that deals with "abduction, confinement and murder", which were grave and heinous crimes falling outside the scope of official duty, she contended.

"The material on record shows that there was no encounter/confrontation with the deceased, that the encounter was set up and a fake encounter staged," she said.

Vanzara's lawyer V D Gajjar has argued that the court cannot determine the validity of the sanction order and any review was not possible.     He said judicial findings of the case had established that there was no "fake encounter" on part of police officers.

He said the sanction for prosecution was declined after the state government went through materials on record, examined the facts and circumstances of the case fully.

Vanzara, a former IPS officer, and Amin, who recently retired as a superintendent of police, had moved the pleas seeking that the proceedings against them be dropped soon after the Central Bureau of Investigation (CBI) told the court that the Gujarat government has not given its sanction to prosecute them.

Ishrat, a 19-year-old woman from Mumbra near Mumbai, Javed Shaikh alias Pranesh Pillai, Amjadali Akbarali Rana and Zeeshan Johar were killed by Gujarat police in an alleged fake encounter on the outskirts of Ahmedabad on June 15, 2004.

The police had claimed that they had links with terrorists.

The chargesheet filed by the CBI names several police officers, including Vanzara and Amin.