Focusing on India, The Story of Secularism 15th – 21st Century presents all the basic materials needed to comprehend the complexity of this concept and its peculiar nature in a multi-religious context, using engaging text and illustrations. To provide a backdrop the book by Nalini Rajan also discusses European (mainly French) and American modes of secularism.

The following excerpt is from the Chapter "Secularism in India". 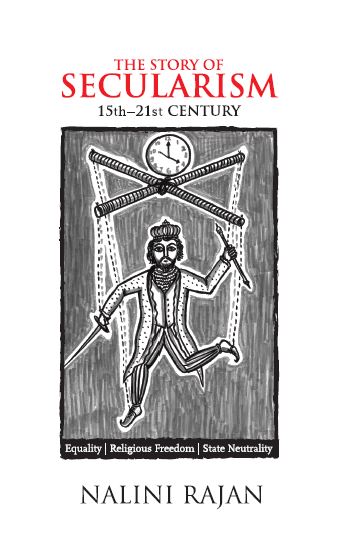 Does the Indian State answer to the description of ‘secular’? According to the Indian Constitution, it does: Articles 25 and 26 deal with freedom of religion to all, and the right to form religious institutions, respectively. Under Article 27, no person can be compelled to pay special taxes on the basis of religion. Article 28 prohibits religious instruction in wholly state-funded educational institutions. Articles 29 and 30 set forth certain cultural and educational rights for minorities, and are aimed at prohibiting discrimination against religious minorities in cultural and educational areas of life.

Articles 25–30 are all Fundamental Rights, applicable to all citizens of India, as is Article 14, which states:

“The State shall not deny to any person equality before the law or the equal protection of the laws within the territory of India.” Article 15 prohibits discrimination on grounds of religion, race, caste, sex or place of birth.

In reality, there has never been a single, monolithic, Hindu or Muslim or Christian community in the Indian subcontinent. Religious communities have had multiple identities, in terms of customs, beliefs, languages and cultures.

When the Hindu-dominated Indian National Congress demanded a share in governance in the 1880s from the British colonial government, Muslim elites in North India established the Muslim League in 1906, in order to protect their interests. A deputation of 35 Muslims who met the Viceroy at his summer capital in Shimla on October 1, 1906, was seen as expressing the views and aspirations of enlightened Muslims in India. In the Indian Council Act 1909 (commonly known as the Morley-Minto Reforms), and in the Government of India Acts 1919 and 1935, there was provision for reserved seats and separate electorates for Muslims. The Colonial Acts of 1909, 1919, and 1935, in a sense, established the myth of two main communities in India – Hindus and Muslims. Within the first five decades in the 20th century, the myth had become the new reality of the Indian subcontinent.

The British colonial government viewed the Hindu community and the Muslim community – with their vast multitude of sects and creeds and castes – as single units. Strangely enough, this trend has continued even after Indian Independence in 1947.

The First Argument against Indian secularism states that India is essentially a spiritual nation. The Brahmin or the priest is at the apex of the caste system, which is basically a religious system. Kingly ambition and political or secular power are subservient to (or encompassed by) the sacred status of the Brahmin. In a land where the majority of its people are religious-minded, and follow some religious practice or other, secular principles are bound to fail. Moreover, secularism is incapable of countering religious fundamentalism or communalism.

Furthermore, secularism works in the West, which is by and large Christian. Secularism is a gift of Christianity. The word ‘secular’ comes from the Latin ‘saeculum’, meaning ‘age’ or ‘generation’ – that is, ‘the temporal world’. Even in the Bible, when Jesus Christ says: “Render unto Caesar the things which are Caesar’s, and unto God, the things that are God’s” (Mathew 22:21), state and religion aredemarcated into separate spheres.

This is not the case with most Asian religions. Buddhist, Muslim, Hindu, or Sikh religious practice cannot be privatized in the way Protestant Christianity could be envisaged by Luther and Calvin as a private communion between the devotee and his or her God, without the intervention of the church. And many scholars, like Max Weber, have pointed out the important linkages between Protestantism, individualism, and secularization. There is no clear demarcation of spheres in non-Christian religions. Thus there is no possibility of state neutrality or wall of separation between state and religion in India. 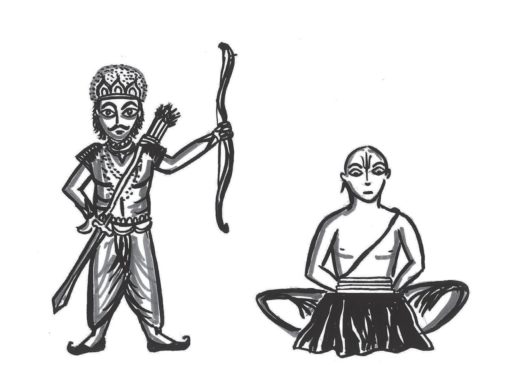 SECULAR RESPONSE TO ARGUMENT I:

The idea that the Brahmin or priest is at the top of the caste hierarchy, and that the caste system is a religious or spiritual system is a Brahminical narrative created by the ancient lawgiver, Manu, in the Manava Dharmasastra. The Dharmasastra was translated from Sanskrit into English by Sir William Jones (1746–1794) in 1794. This Brahminical text became the basis for all later analyses of the Indian caste system.

The point is that each caste group has its own understanding of the caste system, and all of them could be at variance with one another. There is enough historical evidence to show that kingly ambition or political power has been as important, if not more, as Brahminical sacred – or religious – status. In other words, the separation of political or secular power and religious status has been as important in India as in the West.

To say, then, that secularism is a gift of Christianity is incorrect. Archival records in Indian history show the existence in the past of both Lokayata (or materialistic/atheistic) traditions and Sramana traditions. The latter refer to non-Hindu or non-caste traditions, like Buddhism and Jainism. The Four Noble Truths of Buddhism are open to every follower, regardless of his or her caste or creed. Many forms of Buddhism deny the existence of God, and border on atheism or agnosticism.

THE FOUR NOBLE TRUTHS OF BUDDHISM 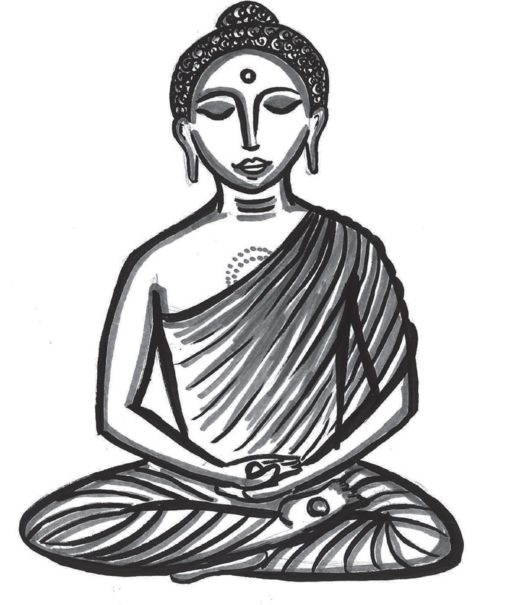 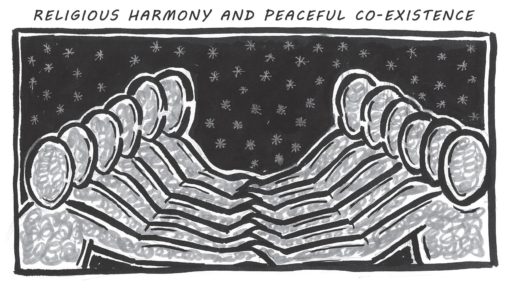