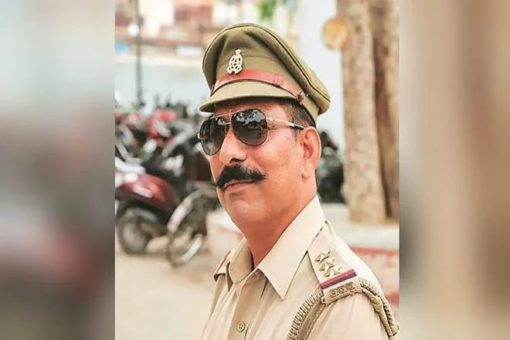 In fresh trouble for Yogesh Raj, the Bajrang Dal district convener allegedly involved the killing of police inspector Subodh Kumar Singh in Bulandshahr, the Uttar Pradesh Police’s Special Investigation Team (SIT) in its chargesheet has claimed that several phone calls were exchanged between him and other accused just hours prior to the violence in which the police officer was killed.

As per the chargesheet, which was filed in March, another accused Sachin Ahlawat was on a 28-second call with Yogesh at 8.55 a.m on December 3, informing him of an alleged cow-slaughter incident in Mahav village. Yogesh’s location at the point of call was Nayabas, the village where he lives. Several phone calls were exchanged between 9 a.m to 10:30 a.m between Yogesh and other accused named Ashish Chauhan, Satish Chandra, Sachin Jat, Pavan, Satyendra and Vishal Tyagi. However, Yogesh’s spot changed from Nayabas to Siyana within 45 minutes of receiving the first call, as per reports.

As per the chargesheet, as quoted by The Indian Express, “…it is clear that the information of the cow-slaughter incident was given by accused Sachin Ahlawat to Bajrang Dal convenor Yogesh Raj. After this, Yogesh directed the other accused to gather with their supporters at the scene of crime. Yogesh and rest of the accused put the carcass on the tractor trolley and carried it in front of the Siyana police station on Bulandshahr highway and raised slogans against the police."

The chargesheet read further that Bajrang Dal activists led the crowd that formed the blockade outside Siyana police booth with the tractor containing the alleged cow carcass. It further held the crowd responsible for damaging state property.

The 103-page chargesheet was submitted along with over a 3,000-page diary to the Bulandhshahr Chief Judicial Magistrate. Meanwhile, nearly two months after the mob violence,on January 27, the Uttar Pradesh police had recovered the official cellphone of police inspector Subodh Kumar Singh along with five more phones from the key accused Prashant Natt’s residence.

The deceased inspector’s son told Newsclick, "This is a clear indication of a conspiracy before my father was killed. It is unbelievable that 98 calls were exchanged between the accused in an hour."

He further said: "What I have been told by my internal sources is that Yogesh Raj was the conspirator and the mob provoked Prashant Natt and four-five others to carry out the violence. I believe that a mob killed my father not a single person, but had Yogesh Raj not gathered the mob, the violence would not have  taken place. However, I want to the case to be solved soon."

On December 3, police inspector Singh was attacked while trying to quell mob violence on the streets after Hindu Right-wing people landed up with cow carcasses on a tractor trolley, alleging slaughter. His car was reportedly chased into the fields where he was allegedly shot dead. Uttar Pradesh Chief Minister Yogi Adityanath had first called the violence an "accident", but later said that it was a big political conspiracy.