old post
Elections 2019: Media May Ignore Drought in Maharashtra But It Will Affect Election Results
April 17, 2019 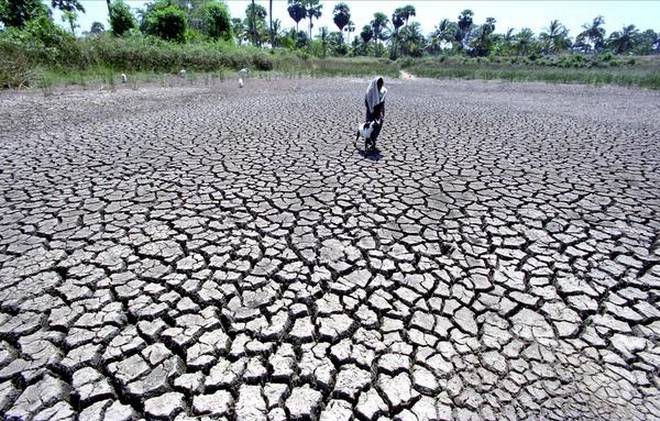 A 17-year-old girl, Dipali Shinde lost her life while getting water from a well in Gokul village in Bhokardan tehsil of Jalana district in Marathwada. She was standing on the wall of the well while her mother was washing clothes near the well. Suddenly, Dipali slipped and drowned into the well. Even though villagers tried to save her life and rescued her but she had received serious injury on her skull.  The incident happened on April 6, when Gudi Padwa, the auspicious first day of Marathi calendar is celebrated. This one of those villages in Maharashtra which are surviving on water tanker support at a time of severe drought.

To cover the drought in Marathwada, NewsClick had travelled to seven districts in the region in the last week of February. The impact of drought which had started showing in the rural areas then has reached an extreme level now. However, despite the severity of the situation the news of drought is hardly covered by Hindi mainstream TV channels or even by the regional language channels.

"People of my Tanda (tribal group) have now left for Amaravati and Aurangabad. What would they do by waiting here? You need water to live. I am old, I can't go that far. So, I am living here," said Kantabai Naik of Lakshman Naik Tanda from Aundha tehsil of Hingoli district. She is 74 years old. Her sons, daughters-in-law and grandchildren have shifted to nearby cities. Now, there are hardly 40 persons in her basti, which earlier consisted of around 500 people.

This current drought began in November 2018. In some districts like Aurangabad and Beed, water tankers had started coming in December 2018, itself. The continuously increasing number of water tankers exposes the reality of the government’s claims of micro irrigation work in Maharashtra. "In our Tehsil, you will find that half of the villages are surviving on tankers. This is the beginning of April. The situation will continue till mid-June. But there is no planning from the administration to handle this situation," said Sayyed Shaker, a senior journalist from Dharur in Beed district.

The most affected sector is cattle. There are still various bloc and circles in Marathwada and Western Vidarbha, severely affected by drought, where fodder camps have not been started by government. "We requested for cattle camp in January. It is April now. Farmers have started selling their cattle at giveaway prices due to lack of fodder. But still the request has not been approved," informed Shambhuraje Nimbalkar, deputy Sarpanch of Ieet village in Osmanabad district.

Unfortunately, this battle of the people on ground is not getting reflected in the mainstream media. General elections are on and the entire political class is on the ground to campaign. This has eclipsed the drought coverage. "The information about drought is actually exposing the ill preparation of state government to handle the crisis. I doubt in the current scenario, any mainstream media would show courage to expose the government and the ruling party by actually showing the true reports from the ground," observed senior journalist Anant Dikshit.

On April 1 in Wardha, April 3 in Bhandara, April 6 in Nanded and April 9 in Latur, Prime Minister Narendra Modi addressed the election rallies. All these districts are in Maharashtra. Wardha and Bhandara are not facing severe drought like conditions as in Nanded and Latur. But in any of the rallies, not even in the latter rallies which took place in the severely affected regions, he did not speak about drought. "If the Prime Minister will not talk on issues that we are facing then to whom should we turn for help?" asked Sundar Gaikwad from Deglur, Nanded. Sundar had come to listen PM Modi in Nanded on April 6.

So, neither mainstream media nor the party in power is talking about the drought. But that doesn’t mean that the crisis won't have an impact on elections. Shankar Dhanaji Somavase, 69 year-old resident of Ausa tehsil was there to hear PM Modi in Latur. "Sarkar may run away from drought but Kastakar(Farmer) cannot. We will have to stand here and face it. Those who will stand with us in these tough times, we will stand with them. Farmers cannot be fooled anymore," he said.

Out of the total 48 Lok Sabha constituencies in Maharashtra, 12 are undergoing one of the worst droughts in the state. Their fight for water is real and is unlikely to be washed away by the flood of propaganda.