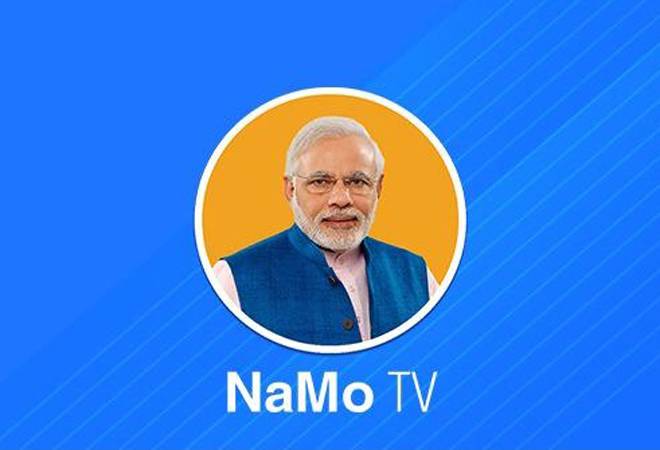 On March 31, a certain NaMo TV made its debut on DTH platforms amidst much social media fanfare by the BJP members, including PM Modi.

The day we were most looking forward to is here!

At 5 PM, lakhs of Chowkidars from different parts of India will interact in the historic #MainBhiChowkidar programme.

This is an interaction you must not miss.

Watch it live on the NaMoApp or NaMo TV. pic.twitter.com/XXKkLUuE7X

Opposition parties like the Aam Aadmi Party and the Indian National Congress had complained to the Election Commission about the channel committing gross violations of the Model Code of Conduct (MCC) ahead of the Lok Sabha elections. The Election Commission (EC) wrote to the Information and Broadcasting (I&B) Ministry, seeking an explanation on the granting of licenses to the content provider. The Ministry had been given until today to respond. The EC is to take a decision on the response on April 9.

Since its launch, NaMo TV has remained a mystery. Journalists remain baffled about who runs the channel, who funds it, or even whose name the license is registered against. What is clear, however, is that the content of the channel exclusively features the Prime Ministers speeches and pro-BJP content. On April 3, the official handle of Tata Sky had called NaMo TV “a Hindi news service which provides the latest breaking news on national politics”. The tweet which now stands deleted had set Twitter abuzz with questions about its licensing.

The next day, it was reported by NDTV that Harit Nagpal, the chief executive officer of Tata Sky had clarified "NaMo TV is not a Hindi news service. If someone on the frontline at Tata Sky has tweeted or said that it is a news service, it is a mistake". He added that NaMo TV "does not fall into any genre" and its feed comes from the BJP via the internet.

It is true that special services do not need a license. But was this a clarification to defend Tata Sky or the BJP or even Narendra Modi? Perhaps all of them.

Soon after the announcement by the Channel Chief, BJP leader Tom Vadakkan reiterated the same words. “This is basically an advertisement platform,” he said. “An advertisement platform does not need permission from the I&B.” And if there were any doubts about the rehearsed aspect of the narrative, Vadakkan himself confirmed it by adding that “I think this matches with the view taken by the CEO,” he told a reporter.

On checking for domain information about the ownership of the NaMo TV, it was found that the channel was registered under Endurance Domain Technology, a global conglomerate operating out of the United States, with an Indian office based in Bombay. Even as obscurity on all matters looms large, what we can determine for sure is that the BJP is the client of the DTH service and is providing the content for it.

This change in communication technology and media platforms is a historic moment for all the wrong reasons. What is alarming is that back in 2012, NaMo TV had commenced its operations in Gujarat ahead of the Assembly election. At the time too, the Congress State unit had reported the aired content to the then Information and Broadcasting Minister, Manish Tewari, but nothing penal came out of it. These incidents reveal not only ideological but commercial links which are tangible, contradictory and disturbing. As citizens of a post-RTI democracy, questions of ownership, funding, intent and affect must be asked. The Lok Sabha Elections are just a few days away and yet here we are, the Election Commission has been tiptoeing around this word for too long now, but let’s call it what it is: Propaganda.

Read More:
Elections 2019: Modi biopic and a trail of violations
More than 200 Writers Appeal to Citizens