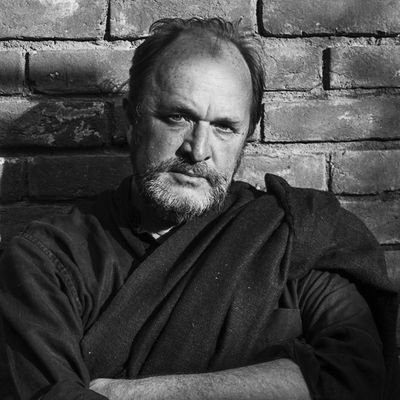 As part of Odisha Tourism Department’s initiative to promote tourism and culture in the state, a Temple Trail was organised to explore temples in Bhubaneshwar with guests from all over the world. Noted historian and writer, William Dalrymple, was invited to host a reading session from his book Nine Lives: In Search of the Sacred in Modern India as part of the Temple Trail at the Mukteshwar Temple Complex in the city.

On Wednesday, the Tourism Department announced the cancellation of the book reading event on their Facebook Page.

The post said that the book reading event was cancelled due to the Model Code of Conduct (MCC) imposed by the Election Commission ahead of the Lok Sabha elections. However, Dalrymple was welcome to be a guest of the Department of Tourism, Goverment of Odisha, from 5th April – 8th April and “stick to his personal itinerary.”

Till the time of filing of this story, a promotional advertisement of the event was flashing on the Odisha website. Curiously enough, the website also displays a link to the Election Commission website. A sudden cancellation of the event on the grounds of an MCC violation seems questionable due to several reasons. Firstly, the event was planned months in advance and even the schedule of the election was known to all government offices. If an MCC violation seemed likely, why was the event scheduled during this period in the first place? Secondly, given this is a public official event and Dalrymple is invited as a guest of the Tourism Department, how would his presence count as commercial?

In an article in the OdishaRay, Vishal K.Dev, the Secretary of Odisha Tourism, had delivered encomiums to Dalrymple and urged more people to attend the programme. “I would like to thank William for accepting our invitation to come over and explore the temples of Odisha with locals and tourists. I would encourage more and more people to join him in the trail,” he wrote.

Dalrymple had also expressed gratitude for the invitation by the government: “I would like to thank Odisha Tourism for inviting me over. I can't wait to return to one of my favourite states in India, and explore the magnificent temples and the exquisite cuisines of the state.”

Dalrymple is a co-founder and co-director of the annual Jaipur Literature Festival which brings a large number of national and international readers and culture enthusiasts from around the world. His work on art history and heritage has won numerous awards. Last year, he was awarded the President's Medal of the British Academy.

Investment on tourism has been a priority of the Odisha state. In 2014, it was reported that an investment of 2500 crores in tourism and hospitality sector would be made in the next five years to upgrade infrastructure in order to increase the tourist inflow to the state. The Orissa Tourism website brandishes the image of Odisha as “India’s Best Kept Secret”.

A report in the Indian Express revealed that the decision of the Tourism Department has been prompted after Anil Dhir, a scholar affiliated to the RSS, issued a police complaint on the allegedly illegal and offensive (“to Hindu sentiments”) nature of the event. Dhir is a member of The Indian National Trust for Art and Cultural Heritage (INTACH) and is said to have made his complaints in that capacity. His first charge against the event is that “Mukteswar is a living temple where ritualistic worship is conducted every day. It will hurt the sentiments of Hindus if the temple is misused." His second charge is that the event would violate The Orissa Ancient Monument Preservation Act 1956 (Section 16) according to which the use of Mukteswar Temple, a protected monument of the Archaelogical Survey of India (ASI), for “a purely private affair with commercial interests”, would be illegitimate.

But, as pointed out, if Dalrymple has been invited as a guest by the state government, how can the event be termed a “purely private event with commercial interests?” On his first accusation about “hurting the sentiments” of Hindus, there is little that can be said. What can, of course, be said with authority is that Anil Dhar has been a former media convenor of the BJP’s Odisha unit.

It is imperative to highlight the shifting political dynamics in Odisha at this very moment. The Odisha government is not a BJP government. Until yesterday, BJP leaders in Odisha sat on a dharna in front of Chief Minister Naveen Patnaik’s house to protest against the inordinate delay by the state government in accepting the resignation of former civil servant Bhudan Murmu, who the BJP wanted to field as a candidate from the Saraskana Assembly seat. PM Modi in his speech a few days ago had slammed the Patnaik-led government for its non-cooperation with the Centre. Modi had said that despite the differences with the state government they had undertaken welfare and developmental projects in the best interests of the people of Odisha. It was reported by ANI today that the Patnaik-led government has accepted the resignation of Bhudan Murmu and the BJP is fielding him as a candidate for the elections.

This incident is yet another venture by the right-wing government at the Centre to dictate and control every administrative decision, down to the local level, in every nook and corner of the country.

Read more:
Audrey Truschke: “The cancellation of my lecture is an indication of shrinking spaces for rational thought in public discourse in India.”
Nayantara Sahgal: “No mob can tell us what to write and what not to write”
Kithab: Silencing Secular Minds

Update: William Dalrymple issued a clarification via Twitter saying the programme was later moved to a new venue in Bhubaneshwar. In the above story, it has been misreported that the programme was scheduled for months which is factually incorrect. The error is regretted.