The North-East has been viewed, discussed and represented in mainland narratives as a scenic site of hills and valleys. It is also understood as a mosaic of multiple ethnicities, languages, religions and tribes. But there is something more complex about the communities that inhabit the place. The communities who lay claim to nativity, form minorities in the mainland, yet there are people who are typically viewed as outsiders in the North-East, though they may have been living there for generations.

This shared twin experiences of being simultaneously insiders and outsiders is the subject of the anthology, Insider Outsider – Dhkars, Chinkies & Role Reversals: Writings from from the Northeast of India edited by Samrat and Preeti Gill, which brings essays, personal accounts and poetry to throw light on experiences of migration that is still little-known and poorly understood. Below are some extracts from the Preface and Introduction of the book. 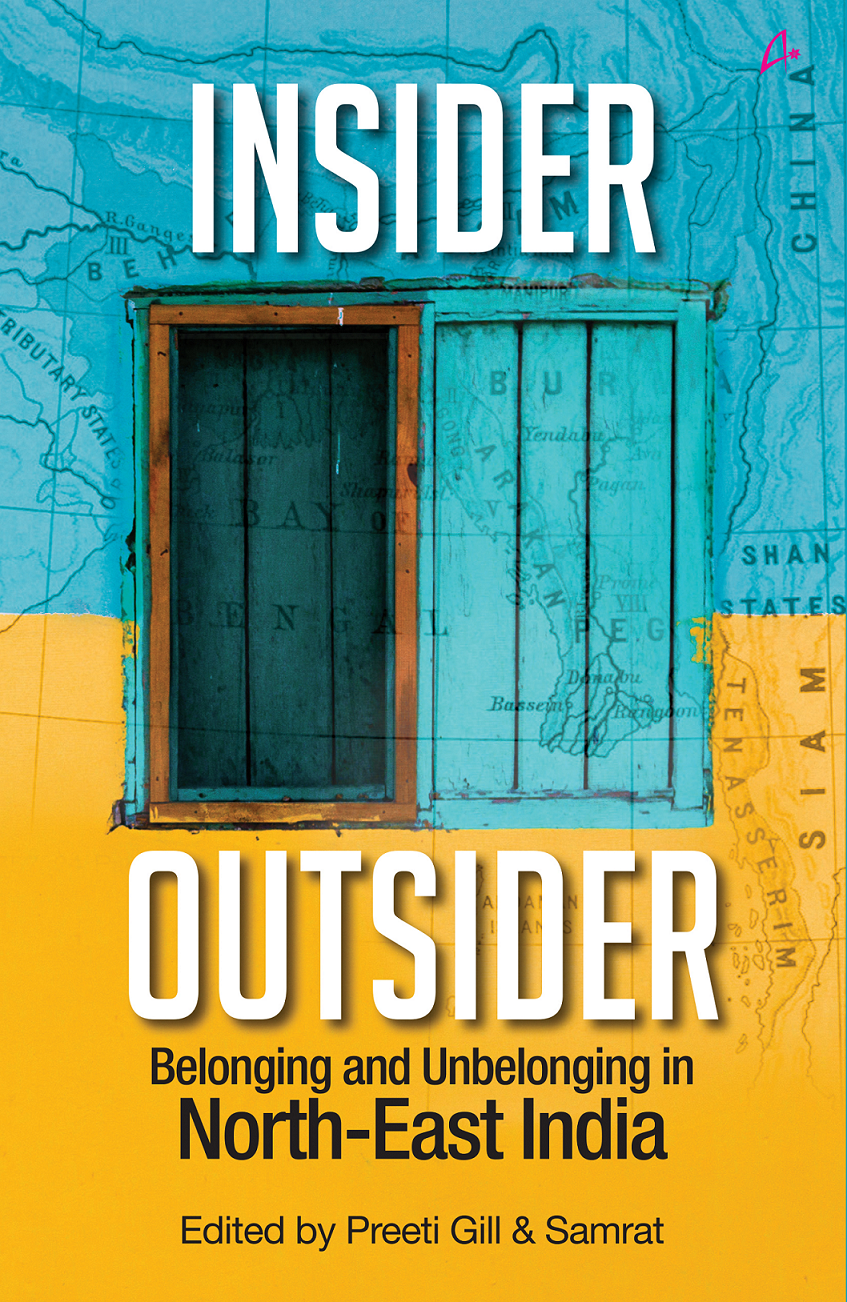 The danger in any tale of victimhood is the obverse: victims on the one hand and villains on the other. This is a dangerous and, with rare exceptions, an untrue binary. In order to avoid such a false binary, we have looked at these powerful human stories in a wider context of insider/outsider. This experience of being both insiders and outsiders in post-Independence India is one that is, remarkably enough, shared across divides in India’s North-East. We sought out accounts of the parallel experience of the North-Eastern peoples as minorities in ‘mainland’ India, and the tortuous process of their reconciliation to an Indian identity, to bring balance to the narrative.

The dividing lines between the insider and the outsider are often confusing and unclear, even for those who have grown up experiencing being ‘othered’. In the hills of the region, in towns such as Shillong for instance, the clash was often seen as one between tribal insiders and non-tribal outsiders. However, the Chakma tribals, the Chin tribals, and the tea tribes of Assam have all faced the outsider tag in the North-East and the discrimination that goes with it. In the plains of Assam, the Assamese Hindus and the Bengali Hindus, who share not just commonality of religion but also of aspects of identity including, in many cases, surnames, have been at loggerheads time and again over the decades. The outsider here is determined largely by linguistic identity, though it would be a rare Bengali from Assam’s Brahmaputra Valley who does not speak fluent Assamese. Merely speaking, reading and writing the language, therefore, is not enough to be considered a real insider: in order for the Bengali Bhattacharjee, Goswami or Talukdar to become an insider in Assam, denial of a Bengali heritage is a necessary prerequisite.

The hostility towards the Bengali in Assam and more broadly in North-East India is because migration from East Bengal is and has long been an explosive political issue in the region. There are real fears among the local communities of being overwhelmed by migrants. However, panic is not conducive to rational analysis. There is a tendency among regional chauvinists to view the entire Bengali community in North-East India as Bangladeshis. This is unfair since there were Bengali populations in these lands long before Bangladesh came into existence.

This question resurfaced strongly in recent times due to the efforts to draw up a National Register of Citizens and debates over the controversial draft Citizenship (Amendment) Bill. The Supreme Court has refused to clarify on this matter of original inhabitants, but the question has not gone away from the public imagination or political life.

If a benevolent humanity were to erect a symbolic sculpture of the refugee, wouldn’t it be a poetic paradox to assign it a square piece of land in this world? Wouldn’t it be more authentic and appropriate to host it at a temporary shelter, permanently? Once the homeland is inhospitable and for the sake of survival alone, people are forced to migrate to another land, they become guests in this world. Like they appeared out of nowhere or fell out of an unidentified round disk. As the entire idea of home turns to ruins, the reconciliation of loss mixes with caution, and in that, a new genre of humanity is created. A breed that stands outside, never free enough emotionally to view themselves as equal inheritors of the earth. A breed of people doomed to be guests who overstay. The echoes of this recalibration of natural entitlement passes on, one generation to another. They are insiders on the outside and outsiders on the inside.

I am such an inheritor and I have tried, quite hard, to escape the ambiguous topic of home, for the most part of my adult life. I have never felt at home, anywhere, and I always feel others own the ground more than I do. It doesn’t matter where I am or how much legitimate claim I have over the space I inhabit, the absence of belonging has always been ingrained in my wiring. This condition plagues most people of the community in my generation. We are the second generation of this lineage and it’s probably too soon for us to construct an indestructible notion of homeland beyond the superficiality of the material.