old post
“The university’s position from day one has absolutely lacked in empathy or consideration”
February 26, 2019

On 9th May 2007 the University examination display was on and the evaluation work was in progress from the 7th to the 10th May ’07 at Faculty of Fine Arts, MS University of Baroda, in Gujarat state. At around 3:30 PM on the 9th, one BJP office bearer, Mr. Niraj Jain  stormed into the Faculty along with the local media, and soon after called the police, who arrived in about two minutes, by which time  Jain had manhandled Chandramohan – a final year MVA student from a small village near to Warrangal in AP, his father is a carpenter. Overruling all the existing constitutional procedures the police whisked away Chandramohan on the allegation of presenting religious imagery  in an obscene manner,  without producing an FIR or a warrant, and without even informing or having taken any permission from I/C Dean or the Vice-Chancellor of the University. Jain abused and threatened Prof. Shivaji K Panikkar, I/C Dean and other staff members and the students of the Faculty. Just after the news of the illegal arrest of the student I/C Dean had informed the Vice-Chancellor and other authorities of the events taking place on campus, no help was provided by the MS University authorities.  It has been almost 12 years since Prof. Panikkar was suspended as a consequence of the event, and the university administration, after the disciplinary inquiry, has decided to withhold his pension and other end-benefits after his twenty five years long job with the University. After 12 years Chandramohan’s criminal case hearing is still pending in the Baroda sessions court –the charge sheet is still being awaited. The university has still not issued him his certificates.

The Indian Cultural Forum talked to Shivaji Panikkar about the incident and what followed after. 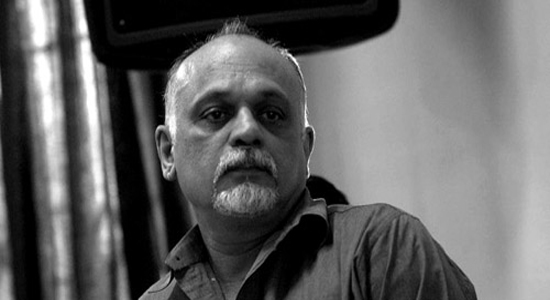 Sreelakshmi: Could you tell us briefly about what happened at the Maharaja Sayajirao University of Baroda in 2007?

Shivaji Panikkar: On 11 May 2007, as an attempt to communicate with the local media and the general public and as a protest, students of the Faculty of Fine Arts decided to put up an exhibition on the history of the depiction of nudity in Hindu sacred art along with Western art traditions. The students worked on the exhibition through the day to open to the media at 5:30 pm. When the students were busy setting up the exhibition, a large number of local press and media personnel — many who were known VHP goons posing as media personnel — converged at the venue, filming and photographing the artworks.

During this time I had called a faculty meeting to discuss the issues. Meanwhile, two University officials came with verbal instructions to stop the exhibition and I asked for written orders. A short while later, I/C Registrar came with a written order. Not much later at the Dean’s office, the Pro Vice Chancellor and few syndicate members visited and they neither attempted to find out about the situation from me, nor discussed anything regarding the student Chandramohan. He straightway asked me to close down the exhibition. I reiterated that the University has shown the same step-motherly treatment in the case of Chandramohan and by not heeding the demands of the Faculty. I  also asked if the University, as per the Faculty demand, had filed an FIR against the outsiders who had disrupted examinations. Without listening or responding to any of these, the PVC first asked, and then ordered me to close down the exhibition. I said that it would be impossible for me to close down the exhibition in my capacity as I/C Dean since it is not organized by me  and it is students and staff who are protesting especially since not a single legitimate grievance of the staff and students in any issue had been addressed by the higher authorities. I also expressed his willingness to talk with the students if University assures him some concrete actions with regard to the grievances of the staff and students of Faculty and he further reiterated that he would stand by the students and staff in the matter. At this, PVC and his associates left the Dean’s office and with the help of police dismantled the exhibition and sealed the Regional Documentation Centre of the Department of Art History and Aesthetics. During all this time the authorities did not once care to consult or talk to the students who were present at the exhibition site. I received the suspension order later that night. According to the suspension order, "Prof Panikkar is not allowed to enter University campus during his suspension period of three months without written permission from the Registrar."

SL: Have you taken any legal recourse on the matter?

SP: The MS University recently passed a verdict after the Disciplinary Inquiry into the matter. They have decided that I should not be given end-benefits or emoluments after twenty-five years of service. I am currently looking for legal options to challenge the decision.  The decision of MS University reads as follows:

"Professor Shivaji K Panikkar found guilty in the departmental inquiry report by Inquiry Officer Shri. K.K. Vaishya Rtd District Judge in the case of an exhibition of artefacts of Gods and Goddess for public display at Faculty of Fine Arts in May 2007 created and caused communal disharmony in the society under the provision of O. 215 A, his all financial dues or retirement benefits if any with the University be withheld permanently."

I am in the process of discussing the matter with lawyers on what the legal strategy should be. Plus, through the RTI, I am hoping to get more information such as the inquiry report, and the process of coming to the decision, before I file the case in Gujarat High Court or Gujarat University Tribunal.

SL: Do you think the administration is still pursuing a vindictive agenda towards you?

SP: The entire event since May 2007 had been vindictive, and there is no reason that the MSU administration would change its position now. On the other hand, the final blow of their vindictive agenda comes with the decision of holding back all financial dues and retirement benefits legitimately owed to me.

SL: How do you see the administration's stand on Chandramohan and how they have persecuted a student by not issuing him his degree because his artwork got embroiled in controversy?

SP: The University’s position from Day One has absolutely lacked in any empathy or consideration, after all, Chandramohan was only a student and he should not be punished this way even if he had made a mistake.  The matter is totally unfortunate and condemnable by all standards. This is not the way to treat a student for sure.

SL: Did you receive solidarity from any artists or groups?

SP: Unfortunately, no support has come through, except individual verbal consoling and expressions of sympathy – all say what is to be done is challenge the matter legally. Art community seems to have relegated the whole issue as a personal matter to be dealt with by myself and Chandramohan in our personal capacity.