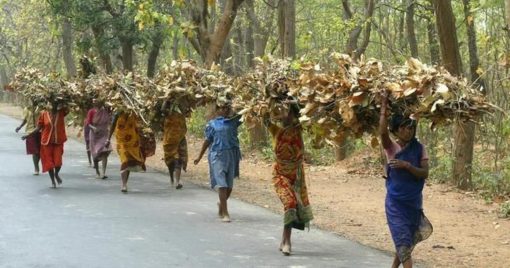 National Alliance of People’s Movements is shocked and outraged at the order of the Apex Court issued yesterday directing forcible evictions of more than one million forest dwellers including large numbers of adivasis whose claims under the Forest Rights Act, 2006 (FRA) have been ‘rejected’ by the respective District Level Committees in different states. The Court has mandated that the order be complied by 12th July, by the 16 state governments which filed status reports on the implementation of the FRA. Notably, the numbers are bound to increase once the affidavits and data from all the states are received in the ongoing matter.

The order passed by Justice Arun Mishra, Justice Navin Sinha, Justice Indira Banerjee came on a bunch of petitions filed by conservation, wild life groups and retired forest officers who have been challenging FRA since its inception. However, it is not surprising that given the anti-farmer, anti-dalit, anti-adivasi and anti-poor stance of the BJP-led NDA government at the Centre, not a single lawyer was present on behalf of the Union Government who could have defended the provisions of the law in the Apex Court and protected the rights of some of the most marginalized and disenfranchised rights people as enshrined in the FRA.

The Scheduled Tribes and Other Traditional Forest Dwellers (Recognition of Forest Rights) Act, 2006 also know as Forest Rights Act was enacted with a view to address the widespread historical injustice meted out to the forest dwelling communities in the country since the colonial period. The elite ‘conservation’ lobby very often in cohorts with the Ministry of Environment and Forests has made repeated attempts to scuttle and dilute the law since its drafting stage and is relentless to this day in divesting the forest-dwelling peoples of their rights. Aided by the forest bureaucracy that has always resisted the democratization of forest governance, these lobbies have constantly been at loggerheads with the rights of people residing in forests since generations.

This order of the Supreme Court, if implemented, will take us to the situation of almost 2 decades ago, which had led to the passing of the Forest Rights Act, after protracted mass movements across the country. Any forceful implementation of this order will only cause unprecedented chaos, suffering and misery and set the forests on fire. This order revives memories of 2002, when the Inspector General of Forests issued a circular dt. 3rd May, 2002 to all the Chief Secretaries, Secretary (Forests) and Principal Chief Conservator of Forests (PCCF) of all states and union territories, outlining a “time-bound action plan” for the eviction of encroachers by 30th September, 2002. Between May 2002 and March 2004 alone, evictions were carried out from 1,52,400.100 hectares of forest land.  About 3,00,000 forest dwellers were evicted from their habitat and deprived of their livelihood during this period. Their houses were burnt, crops and food were destroyed, women were raped, and men were shot at and killed. Hundreds of villages were set on fire or demolished, which led to clashes and deaths in police firings. Are we going to see a repeat of this again ? Can this be legally and constitutionally allowed ?

This had emanated from two Supreme Court judgements in 1996 which extended the ambit of Forest Conservation Act, 1980 to all lands, conforming to the dictionary definition of forest, irrespective of ownership. It stayed even regularisation of eligible land prior to 1980 and then further in 2000 banned the removal of dead, diseased, dying or wind fallen trees, drift wood and grasses, etc from all national parks and wildlife sanctuaries. MoEF and Central Empowered Committee misinterpreted the SC order to mean that “no rights can be exercised” in the protected areas and banned the collection and sale of all non-timber forest produce from them and denied livelihood opportunities to the forest dwellers.

It needs to be noted that FRA, since 2008 when it came into force and was immediately challenged by these petitioners in so called ‘public interest’, has been recognised as part of the law of the land in other protective legislations as well such as, (a) Section 3(1)(g) of the Prevention of Atrocities Act, 1989 recognises that dispossession of a tribal or dalit forest dweller from their forest right is an ‘atrocity’ and a crime punishable with imprisonment; (b) the LARR of 2013 recognises that forest rights need to be settled before land is to be acquired for public purpose following due process of law and only after proper rehabilitation and compensation (c) At least 2/3rd of the forest lands are under the Schedule V of the Constitution where special protection and provisions of PESA Act, 1996 are applicable.

The FRA has been relied upon by scores of court decisions, judgments, and executive decisions over the last 11 years, and there is a burgeoning jurisprudence around it, including a three judge bench decision of the SC itself in the Niyamgiri case, upholding the constitutional rights of Gram Sabhas. Is all that case law and judicial precedent to be thrown to the winds by an interim order based upon the arguments of fringe elements in the conservation scene? Is this in the ‘public interest’ or is there some other not-so-public interests that these groups are serving?

Since more than a decade of its enactment and implementation, despite all limitations and failures, the FRA had been a beacon of hope to millions of forest dependent people in the country for securing their tenure over land and access to forests. However, this order has turned the wheel backwards and also has the potential of deterring claimants from filing claims, thus sounding a death knell for the critical and historic FRA. A landmark legislation for recognizing the equal right of women of land titles, this order of the Apex Court does monumental disservice to the ownership rights of women who have managed forests for centuries.

The historic Kisan Long March to Mumbai undertaken by a large number of adivasis farmers last year and happening even now, despite state repression, also raises concerns regarding the large-scale irregularities in the settlement of claims under FRA. Forest people across the country are still struggling to ensure proper implementation of the Act, both individual and community rights, since state governments have not shown any political will and made every attempt to dilute the law and also violate it in name of development and conservation. In numerous places (such as in Polavaram in Andhra Pradesh) forest lands are being ‘acquired’ on a massive scale and sought to be submerged without settlement of claims or arbitrary ‘rejections’.

NAPM condemns this colonial and callous attitude towards the forest dwellers and adivasis prevalent in the conservation lobby, the bureaucracy and even the judiciary and demands that Union government immediately intervenes in Supreme Court through effective legal representation and stop this massive eviction across the country.  Union Government must issue an Ordinance forthwith to stop any execution of this order leading to unjust evictions of forest people across the country. All State governments must immediately intervene in the Supreme Court with affidavits seeking time for review and fair implementation of the Act. An Independent Commission needs to be set up to review, state-wise, the gaps in the implementation of FRA and reasons for such large scale rejection.

We stand in solidarity with the struggling adivasis and forest based people of this land, who continue to face an onslaught on their lives and livelihoods at the hands of an insensitive, corporatized State. We also express full support to all organizations, campaigns and coalitions who have been working to get the Forest Rights Act enacted and implemented over these years and assure that we stand together in the fight to protect the rights of the forest dwelling communities and constitutional rights of Gram Sabhas. We call upon all political parties to take a categorical stand for implementation of FRA and protection of rights of forest peoples in the run up to the General elections.