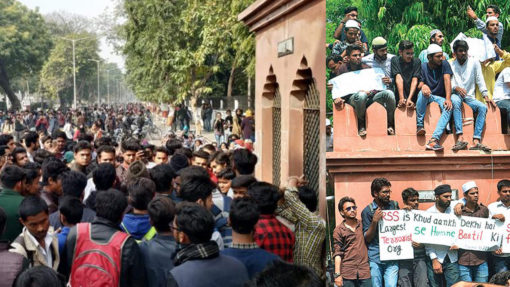 The blatant misuse of sedition law has once again come to fore, with 14 students from the prominent Aligarh Muslim University (AMU) being booked under the draconian law by the Aligarh Police in Uttar Pradesh. This, despite “no evidence” of sedition were found against the AMU students.

The FIR dated February 12, 2019, under section 124A (sedition) among other sections, of the Indian Penal Code (IPC) has been lodged by the Police upon a complaint filed by a local politician associated with the ruling Bharatiya Janata Party (BJP) alleging that the students raised slogans in support of Pakistan.

This FIR came to be lodged soon after a fracas between the AMU students and Republic TV crew. To understand the whole issue in a proper context, it’s necessary to unfold the facts leading up to the misguided FIR by the Police without a due application of mind.

This is how Goons of Republic TV misbehaved with AMU Staff when they politely asked reporter and her team to seek permission for doing story inside campus …#WeStandWithAMU pic.twitter.com/ekQ2NxHlkR

Pertinently, the Aligarh Police did not bother with registering FIR on a complaint received from AMU students against Republic TV crew and others, in striking contrast with the extraordinary interest it had shown in acting on the complaint filed by a local BJP leader as referred above.

In fact, the said FIR claimed that a group of students from AMU, near Lal Diggi Chauraha in Aligarh, allegedly assaulted the complainant and others and raised pro-Pakistan and anti-India slogans.

By that time, a sufficient number of students had gathered at the place where the Republic TV crew was reporting. AMU students have also claimed that while reporting Republic TV reporter referred AMU as a “university of terrorists”. That in result led to the provocation among students which in-turn converted into a scuffle between the University administrative officials and students and reporters of the Republic TV.

Vice-President of AMU Student Union, Humza Sufyan, said in an interview to the Indian Express that “the reporters of Republic TV did not have the permission to cover the event or enter the university campus. When they were stopped by the Proctor’s office, they misbehaved with security officials and got into a confrontation and referred to the institution as the “University of Terrorists””.

Shafey Kidwai, media advisor of AMU also said in an interview that, “even police have to seek permission from the university administration to enter its premises. There were no other reporters or media persons from any other organisation. We are filing FIRs against Republic TV and unknown outsiders for disturbing the peaceful environment of the university”.

The Republic TV news reporter in her tweet admitted that “I was MYSELF standing and reporting on a story that had NOTHING to do with AMU”. Here, she herself raised a very interesting question – What she was doing on the campus of AMU when the story had nothing to do with AMU.

This is ABSOLUTE LIES! I’m appalled at how this has been created out of thin air. I was MYSELF standing and reporting on a story that had NOTHING to do with AMU when the students began to heckle and threaten us. We weren’t even speaking to any student in the vicinity! https://t.co/jHuupm9nNK

The offence of sedition as defined under section 124 A, has attracted criticism in recent times as it has been invoked against several public personalities, and most particularly against those who are critical of the government. Needless to mention that JNU students are also facing the brunt of the sedition law.

The law of sedition is quite clear on the distinction between strong criticism of the government and the incitement of violence, with only the latter being related to sedition. Therefore, in the present case, as long as the alleged students of AMU did not incite violence, they do not get covered under sedition for whatsoever anti-national and hateful slogans or expression of contempt or disdain against the Government they allegedly displayed.

But, the broad scope of Section 124A allowed the governments and their agents, in past and present, to use the law of sedition against anyone who questions or challenge their power. Interestingly, the United Kingdom, from whom India has inherited the offence of sedition, repealed the offences of sedition and seditious libel, in 2009.

The Supreme Court of India in Kedar Nath Singh v State of Bihar, (1962) 2 Cri LJ 103, water downed the sedition law. The Constitution Bench had ruled that a person could be prosecuted for sedition only if his acts caused “incitement to violence or intention or tendency to create public disorder or cause disturbance of public peace” as these are the essential ingredient of the offence of sedition.

In Kedar Nath Singh (supra) judgment, the Supreme Court also clarified what is not sedition. The Supreme Court said “Strong words used to express disapprobation of the measures of Government with a view to their improvement or alteration by lawful means” is not sedition. It clarified that, “Commenting in strong terms upon the measures or acts of Government, or its agencies, so as to ameliorate the condition of the people or to secure the cancellation or alteration of those acts or measures by lawful means, that is to say, without exciting those feelings of enmity and disloyalty which imply excitement to public disorder or the use of violence” is not sedition.

To stop the grossly misuse and abuse of sedition law, the Supreme Court, in 2016, in Common Cause and Anr v. Union of India, (2016) 15 SCC 269, reiterated and directed, rather strongly, that all authorities would be bound by the Kedar Nath (supra) judgment when dealing with the cases of sedition.

In the present case, the act of the Aligarh police goes against the spirit of the Supreme Court judgment in Kedar Nath Singh case and its reiteration in Common Cause case.

No evidence of sedition against AMU students

In the present case, the Aligarh police without examining the varsity of the facts, lodged FIR against 14 students of AMU in multiple offences including the serious offence of sedition. However, the police have now said that there is no primary evidence of sedition against the AMU students. The videos submitted by local BJP leader do not show seditious slogans, reports say.

This raises serious question marks on the functioning of the Aligarh police that it registered an FIR in a very casual manner on the serious charge of sedition that can very well spoil the carrier of 14 students of no fault of their whatsoever. This instance also vindicates that the sedition law has always been used to harass, victimise and intimidate people on the hands of governments and political parties.

Law Commission of India on sedition

In August 2018, the Law Commission of India in a consultation paper emphasised on the need for changes in the sedition law. The Commission in its report pointed out that “while it is essential to protect national integrity, it should not be misused as a tool to curb free speech. Dissent and criticism are essential ingredients of a robust public debate on policy issues as part of a vibrant democracy”.

“In a democracy, singing from the same songbook is not a benchmark of patriotism. People should be at liberty to show their affection towards their country in their own way. For doing same, one might indulge in constructive criticism or debates, pointing out the loopholes in the policy of the government”, Commission observed in its report.

Law Commission opinioned that “every irresponsible exercise of the right to free speech and expression cannot be termed seditious. For merely expressing a thought that is not in consonance with the policy of the government of the day, a person should not be charged under the section”.

Law Commission further observed that “while it is essential to protect national integrity, it should not be misused as a tool to curb free speech. Dissent and criticism are essential ingredients of a robust public debate on policy issues as part of a vibrant democracy. Therefore, every restriction on free speech and expression must be carefully scrutinised to avoid unwarranted restrictions”.

If there is a bona fide conspiracy against the Indian State, there are enough laws in the statute book to look into them. A mature, liberal democracy cannot fight its own citizens. Sedition, a draconian law, should be scrapped.​

First published in The Leaflet.
Nishant Singh Sirohi is a staff writer with The Leaflet and a former Aligarh Muslim University student. 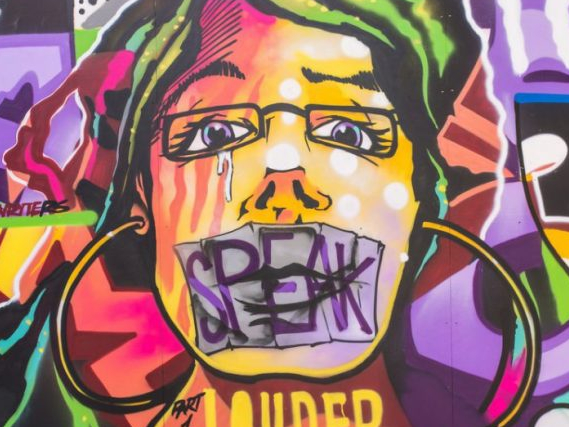 What makes sedition a valuable tool for harassment is not necessarily the conviction of an accused. The problem lies in the fact that it places wide powers in the hands of the police. 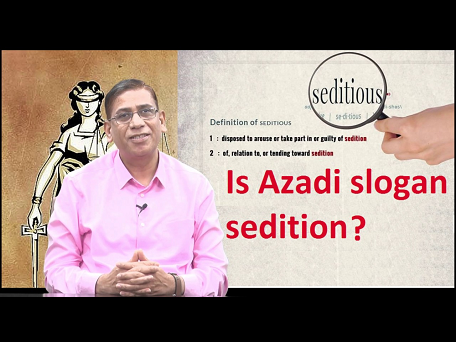 Faizan Mustafa explains the sedition law in India with its history and case laws. 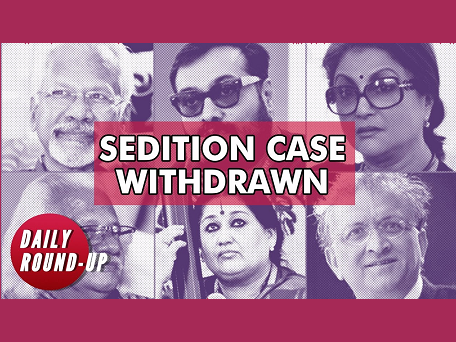 Sedition cases have been withdrawn against the 49 celebrities. 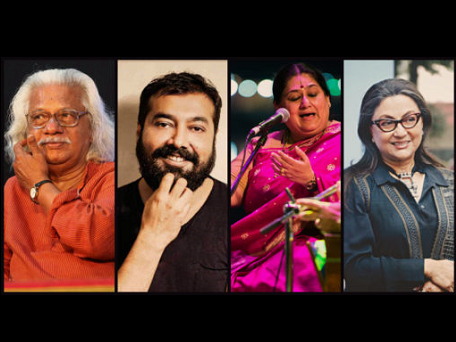 On Thursday, October 3, sedition charges were slapped and FIRs filed against 49 celebrities.