The BJP-RSS, 10 Percent EWS Reservation, and the Unreserved Shudras 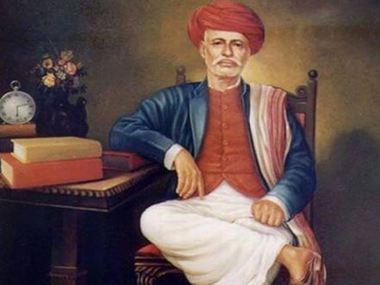 After the central government reserved 10 percent seats for the castes of the general category the Andhra Pradesh government brought out an order allocating 5 percent of jobs and seats to only the Kapu community of the state. The remaining 5 percent is meant for the other unreserved castes.

As it is well known the Kapus have been fighting for reservation on the lines of Gujjars, Jats, Patels and Marathas. Earlier the Maharastra government reserved 16 percent seats and jobs for Marathas within the state. That is over and above the 50 percent SC/ST/OBC quota. How they will go about its implementation is not known.

The state of Gujarat declared that it would implement the 10 percent reservation immediately. But will it benefit the Patels who were agitating for so long?

What this package will do to Shudra unreserved castes is not really known. It would club the historically educated communities like Brahmins, Banias, Kayasthas, Khatris, with the Shudra agrarian communities who lived in the rural hinterlands, with no access to quality English-medium education.

Historically the Shudra agrarian communities were illiterate tillers of land, cattle herders, artisans, who did not have the right to education until the British came to India. They may not even have had the right to property till the 16th century. Then for a section of the Shudras to become landowners and for some of them to get into the landlord category took about two hundred years.

Their landholding continued with illiteracy itself for centuries.

Even Shudra landlords were not given the right to educate their children in Sanskrit during the ‘Hindu period’. And during ‘Muslim rule’ they did not get Persian-language education. Only after the British opened schools in India did the Shudra social forces, whether landed or landless, get the right to go to school.

Mahatma Jotirao Phule of Bombay Province was the first Shudra educated in English and Marathi in a structured school.

The definition of ‘educationally and socially backward people’ in Article 15(4) of the Indian Constitution applies even to Shudra landed castes, apart from Dalits, Tribals and OBCs.

It says “Article 15 shall not prevent the State from making any special provision for the advancement of any socially and educationally backward classes of citizens or for the Scheduled Castes and the Scheduled Tribes”.

When even that definition was not providing enough scope for reservation they also incorporated, in Article 16(4), that “Nothing in this article shall prevent the State from making any provision for the reservation of appointments or posts in favor of any backward class of citizens which, in the opinion of the State, is not adequately represented in the services under the State”.

All the Shudra communities of India – including the Patels, Jats, Gujjars, Marathas, Kapus, Reddys, Kammas, all the Shudras of Bengal and so on – come under the category of “socially and educationally backward” classes. Though they have a section of landlords and regional political power controllers among them, a vast number of them are still agrarian labourers and live and work in unorganised sectors.

If these community youth – girls and boys – are asked to compete with the Brahmins, Banias, Kayasthas and Khatris of north India in the central services, who have a long heritage of English education, earlier Persian schooling and before that Sanskrit educational roots, whether they are rich or poor in economic terms the Shudras can never compete with them.

This is what happened for all these Shudra unreserved communities in the open-category education and job sectors after the Mandal reservations came into force.

Unreserved seats in government-aided education and jobs were taken over by Brahmins, Banias, Kayasthas and Khatris in the central services and educational institutions. The Shudra upper layer has realised this in the recent past and started agitating for reservations.

In the late 1970s and early 1980s when the B.P.Mandal Commission was studying India’s castes and communities for the purpose of including them in the reserved category, Shudra landlords from these communities thought it would be below their dignity to include their castes in the reservation list.

Many of them were considering themselves ‘Neo-Kshatriyas’, as M.N.Srinivas said, and were on the course of Sanskritisation or Brahminisation. This is when some of them became vegetarian also. They became the main source of recruitment for the Rashtriya Swayamsevak Sangh, which projected them as great Hindus and asked them to give up meat eating.

As feudalism slowly disintegrated, the Soviet Union’s collapse began, and India moved into the global capitalist market, the non-reserved Shudras fell behind. They realised that in central structures like the all-India services, central universities, and central institutes of repute like IITs and IIMs, even the former Shudra landlord youth could not get seats or jobs.

One can verify this in all such centers even now.

The Hindu religion that claimed them has not been allowing them priesthood status (as they are not ‘dwijas’, twice-born or jenevu-thread wearing Hindus) and not allowing them philosophical positions that interpret the Hindu scriptures.

The RSS and its allied Hindu organisations used them as muscle power against Muslims and Christians, but never fought for all-round reforms within Hinduism.

The Sangh Parivar forces were very silently practising Varnadharma, the ideology of caste hierarchy, both within the organisation and by not demanding that religious schools and temples give them all religious positions.

The top positions in the RSS like Sarsanghchalak and the ideological leadership were carefully retained in the hands of Brahmins. The Banias were given a significant place because of their capital control.

For the Shudra upper layer, between 1967, when some Shudra regional forces came to political power, and 2014 when the RSS gained total control of national state power, it was a realisation period. Narendra Modi and Amit Shah got their present positions because of their proximity to India’s big industries. Without Adani and Amabani these two would not have come to Delhi.

The RSS surrendered to capital more than the Hindu gods.

Since 2014 in many regions Shudras have been removed from power – like the Marathas (in Maharastra), Yadavs and Dalits (in UP), Jats (in Haryana) and other lower castes (in Rajasthan) – and the RSS insider Kshatriyas, Brahmins, Banias have been brought to power.

The RSS-BJP pro-capitalist agenda long benefited the Banias and Brahmins who control the hardware and software industrial economy to the tune of 92 percent. The globalised mall service sector is also in their hands.

The former landlord Shudras did not become industrialists, nor were they controlling the service sector. The agrarian sector, in which the Shudras operate, got completely tied to the industry and mall economy. Their self-employment potential was destroyed.

The English-educated Brahmin-Banias made the fullest use of the state sector and also the private sector job opportunities. The media was also by and large in their hands.

For example, the private TV sector initiated by Prannoy Roy employed many English-educated Brahmin-Bania-Kayastha men and women, but even the landlord Shudras around Delhi could not get into that sector. The print media situation is known. Their lack of English educational and concomitant social backwardness is the reason, apart from biases.

In this whole process the sophisticated English medium education in private, high-fee schools played a critical role. Even the landlord Shudras living in the hinter rural setting could not send their children to high-end urban English-medium schools. They remained in the regional language and low standard education.

Slowly their landlordism slipped into rich peasanthood, and after globalisation took over they lost that richness out of peasanthood. Their sons and daughters got stuck in regional-language education and the rustic rural life.

The RSS recruited many of them into its fold and used them to mobilise votes and for the anti-Muslim campaign. Militant Hindutva leaders like Modi and Amit Shah became their heroes. But after these came to power, particularly after demonetisation and the GST, both of them showed they serve the big industrialist and mass mall service economy. They made even landed Shudra youth realise that they are nowhere now.

This is when they realised that they are not Neo-Kshatriyas, but Neo-OBCs. Their Sanskritisation mask is being torn. They began to move into what I call the Dalitisation process. This is the reason why many Shudra castes want to move into the SC category also.

This is a disturbing trend for the RSS.

The RSS/BJP medicine of 10 percent reservation does not benefit the unreserved Shudras – unless they ask for a categorisation of that pool on the basis of population.

In north India, more particularly the Brahmins, Banias, Kayasthas and Khatris, with an annual income less than 8 lakh, are also a very well English educated force. They are also huge in number. They take all the seats and jobs as it was happening in the 50 percent open category earlier. If the rich among them got seats and jobs then, even the relatively poor will get 10 percent seats and jobs now.

The agitations for reservation, by the unreserved Shudras, will not yield any benefit with this 10 percent EWS quota.

The top leadership of the RSS/BJP knows this well.

First published in The Citizen.
Kancha Ilaiah Shepherd is a political theorist, social activist and author of many books, the latest being From Shepherd Boy to an Intellectual: My Memoirs.