old post
Reservation for Upper Castes is Political Gimmick; No Use of Quotas without Jobs
January 14, 2019 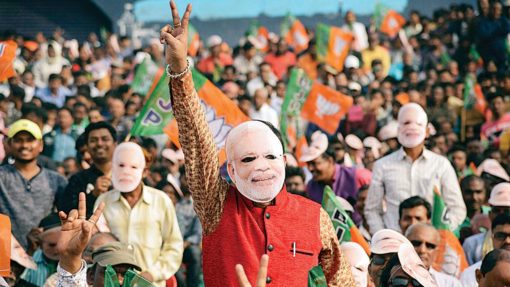 The BJP, especially Prime Minister Narendra Modi, boast of executing a masterstroke by announcing 10 per cent extra reservation for economically weaker sections without tinkering with the quotas of the SCs, STs and OBCs.

Though Modi and the BJP leaders feel the party has managed to win the confidence of upper caste people, the fact remains that this is a double-edged weapon that Modi plans to utilise against Congress during the Lok Sabha elections.

Already the move has scared the SCs, STs and OBCs. They look at the Bill in the backdrop of the statement by RSS chief Mohan Bhagwat calling for a review of the reservation policy in the run-up to the Bihar Assembly elections in 2015. He had argued that it has been used for political ends and suggested the formation of an apolitical committee to examine who needs the facility and for how long.

At that time Lalu Prasad had used the statement to run an aggressive campaign that the RSS-BJP planned to end reservations. In fact, the backward and Dalit leaders feel that Modi’s 10 per cent quota is nothing but a tactic to confuse backward class people.

At a time when there are no sufficient government jobs even to meet to the needs of the backwards and Dalits, how could upper castes feel they would get their share? Modi claims to provide quota in education. When the state of education is already in a pathetic condition and the institutions are gasping, how could the upper castes claim to get quality education? With no job on the board, Modi is fooling the upper castes by announcing reservation in jobs and in the process trying to create a conflict between the backward communities and the upper caste people.

Modi is fooling the upper castes by announcing reservation in jobs and in the process trying to create a conflict between the backward communities and the upper caste people. Demand for raising the quota for OBC from 27 per cent to 54 per cent has been made by parties championing the cause of backward castes

The duality of the move could be understood from the simple fact Modi was providing 10 per cent reservation to upper castes, who constitute roughly 15 per cent of the population. Tejashvi Yadav has already rung the caution bell saying that “the bill is anti-backward” and “anti Dalit”. Modi was trying to dilute the gains of Mandal agitation. Already the demand for raising the quota for OBC from 27 per cent to 54 per cent has been made by parties championing the cause of backward castes. Even some allies of the BJP, such as the Apna Dal, have started to toe the line of the Mandal opposition parties. Apna Dal leader Anupriya Patel, who is also a Union minister, has claimed that the OBC population is 50-60 per cent and so the 27 per cent quota was too less.

There is little doubt that the quota gamble will backfire as the OBCs and Dalits are turning against Modi and BJP. It is an irony that while the government is offering reservation to upper castes, it has not taken a decision on quotas in promotion. Modi is desperate to win over the upper caste people by offering quota, but has he cleared the backlog for reservation? What about the vacancies at the Centre? How will the latest quota be implemented?

The constitutional definition of economically weaker sections is vague. In a country of 1.3 billion people, the quota bill benefits only around 4,500 people. Modi has not spoken about his failure to create jobs. One thing is clear that jobs cannot be created without economic development, which is not taking place.

Modi must explain why his predecessors refrained from brining the upper castes under the ambit of reservation. For years this demand was raised by political parties. When BSP’s Mayawati rode to power in Uttar Pradesh in 2007, she demanded reservation in jobs for the poor belonging to the upper caste

Former chief justice AM Ahmadi’s statement is worth mentioning here: “The government’s decision was in conflict with the majority view his bench had taken. It is a poll gimmick” The SC bench headed by Ahmadi had capped reservation at 50% in 1992. This was “directly in conflict” with the top court’s judgment. Modi ought to realize that, as Ahmadi says,” economic criterion cannot be the sole basis for determining the backward class of citizens contemplated by Article 16 of the Constitution.”

Economist Amartya Sen is absolutely right when he says “it indicates ‘muddled thinking’ as the bill raises questions about its political and economic impact.”

Modi must explain why his predecessors refrained from brining the upper castes under the ambit of reservation. For years this demand was raised by political parties. When BSP’s Mayawati rode to power in Uttar Pradesh in 2007, she demanded reservation in jobs for the poor belonging to the upper caste. This was supported by the Congress as well as the BJP. But this was not implemented. In 2011, Mayawati wrote a letter to then Prime Minister Manmohan Singh, demanding that the provision of reservation on financial grounds should be put in the Ninth Schedule of the Constitution so that it could not be challenged in a court of law. Again in 2015 and 2017, she made a demand for separate quota in jobs on the basis of economic status.